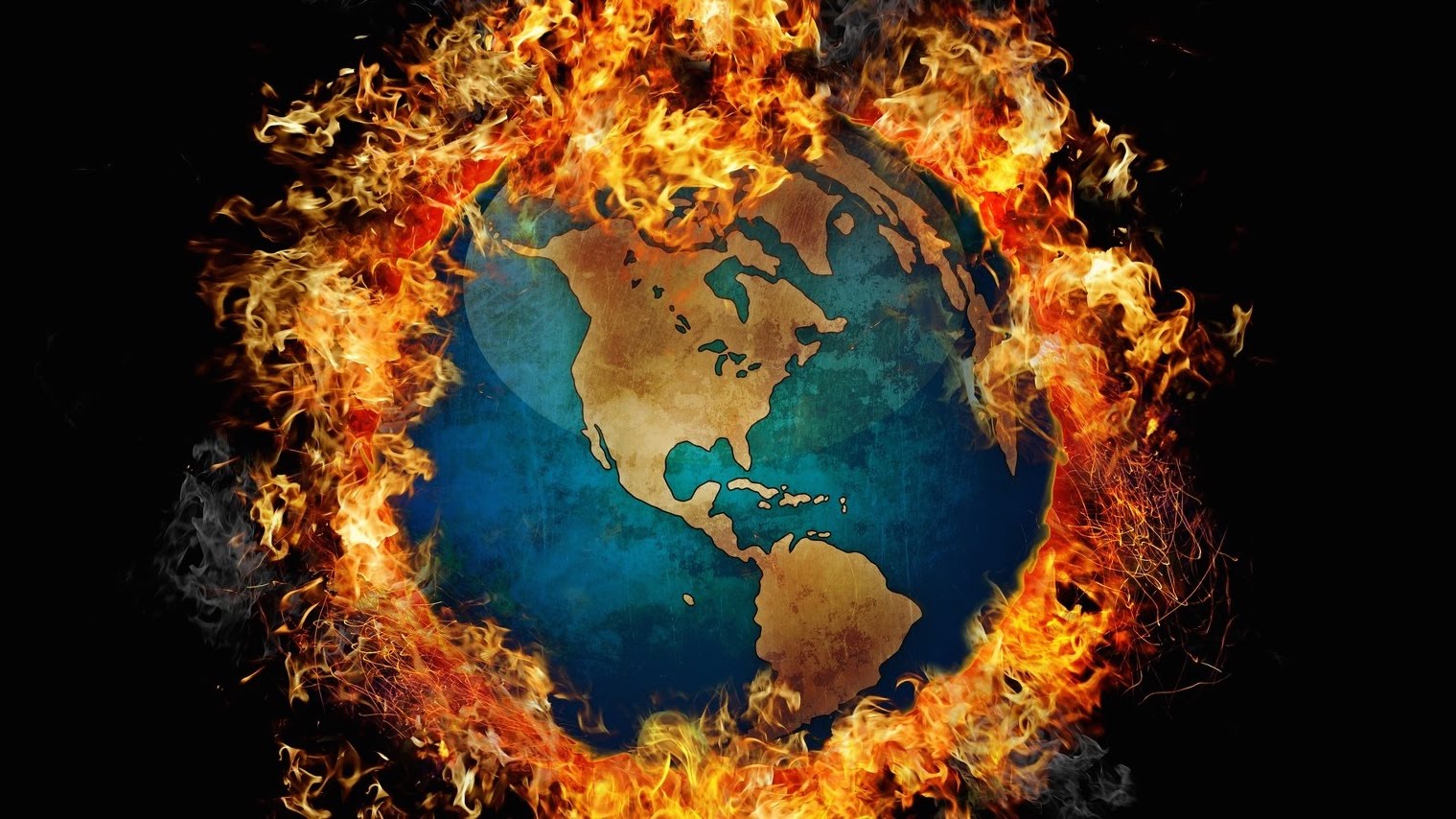 One of the major problems facing Americans these days, and indeed, probably everyone in the world, is the inability to receive factual relevant news. We’ve all heard the term “fake news”, which is real, ubiquitous and problematic, but much of the other news that isn’t fake news is so poorly presented that it is nearly useless as information. The “shotgun” approach to news reporting, hoping something hits and sticks, makes most of this news near-useless for the average individual. It doesn’t inform, help, edify or clarify. There’s little to no projection on what these news bits even mean.

I still spend quite a bit of time staying abreast of unfolding events, but what I find available to read is usually very low quality “news reporting”. This is extremely common and is probably going unnoticed by many people, precisely because this type of reporting is so common it is now considered completely acceptable. However, this isn’t how news used to be reported. Here’s why it matters.

There are serious and even severe disasters unfolding around the world that will affect every human being on this planet and all other life forms. But this newsworthy information is part of the low-quality decline in informative reporting, getting little mention and even lesser attention. Instead, the news cycle is usually filled up with other items of assumed human interest, but like the junk-food aisles in the supermarket, it’s just saturated fat brain fodder for zombies too easily distracted from what really does matter.  The world’s media outlets daily conflates the headline news vying for human attention.

In truth, everything is vying for that limited attention, fragmenting the human population into ineffective and polarized camps. When you’re being daily bombarded with utter nonsense, you have no time and no energy to be aware of what actually does matter, and therefore, you are much more easily manipulated, misled and distracted. Manipulation through junk news reporting and endless daily news cycles containing irrelevant, non-important garbage is now a completely normalized activity for the media.

I’ve attempted for years to not be complicit with this form of ‘reporting’ and opinion pieces, trying to focus on what should matter to all of us, no matter where you find yourself on this planet. But mine is a very small voice being drowned out in a cacophony of endless noise.

It is very obvious that most humans do not take most threats seriously enough. Right now, large sections of California are burning up, resulting in the evacuation of thousands of people – many who waited way too long to leave high-risk areas. Our hubris is thinking that none of these things will ever affect us, personally. Disasters and events and accidents happen to other people, just not us. And then when they do – we are not ready when we could have been.

We are also very poorly engineered to deal with existential threats. We are not hard-wired to respond efficiently to existential threats, and neither is our civilization. When serious threats arise, we’re actually much better at drawing chalk lines around the resulting dead then we are in mitigating threats in the first place and ensuring they never happen. Our post-crisis response efforts are actually pretty good, but by then, the damage and death has already occurred, which isn’t very preventative.

I believe the two issues are interlinked and ultimately, even self-fulfilling – misinformation and distraction, along with the absence or under-reporting of critical and timely information, and the species-centric failure to adequately understand existential threats. Combined, these faults prohibit conceptualization, understanding and appreciation of what threats really exist (for all of us), thereby enabling and even in many specific cases, creating the very conditions that we hope to prevent.

Here is a simplified example: We all know pollution is bad. Pollution gets reported, sometimes, somewhere, usually buried deep inside a few publications, and those of us that read these stories all sigh and exclaim “something needs to be done about this”. The media reporting connects a few dots and then the news cycle moves on, very rapidly.  Meanwhile, human activity and the causes of pollution continue unabated with little to no lasting change.

If that was the whole story, we might still be ok (but only because the Earth is pretty resilient) – but there’s more. Eventually, the monumental amounts of human pollution and wastes we generate (trillions of tons) poisons all of the air, water, soil and oceans to such a degree that large numbers of people get sick and die off. NOW we try and pay attention, but by then, it’s far too late.

Why didn’t we adequately respond to this threat when we knew that this activity was highly self-destructive and even a growing existential threat? The answer is already known, and it’s more then just bad reporting and being poorly engineered as a species to adequately respond. Greed (profits), growth, carelessness (apathy) and more also factor in.

Of these faults and failures, which of them can be most easily addressed? We have to train ourselves to pay attention to what really matters and the rest will fall into line. Just like a skilled investigator who is looking for clues, we need to do the same thing if we ever hope to resolve or even address what is really going on in the world – by focusing on what really matters. If we don’t, then we will never be up to the task of saving ourselves when it does matter.

If enough humans actually started paying attention to what really matters (instead of what doesn’t), this would eventually result in a change in what is being reported, and thereby change what information is being presented. Ideally, this would also then change some of our behavior and habits, including taking steps and pursuing mitigation actions to address important issues. But we can’t do that right now, at least not effectively, because we’re just too distracted and disinterested. We need to become undistracted and very interested. We need to focus on what really matters.

But I do not know if we can do this. So far, the answer is mostly no – we can’t do this. Civilization and society are engineered to capitalize upon our inattention (and deceit). Combined with our inherent shortsightedness and insatiable desire for rapid profit-taking, we don’t really stand much of a chance of “changing the world” for the better and rectifying what is wrong and self-destructive to our species.

Part of this is our hubris and the self-delusion of what we believe is true – that yes, we can change, and that we really are changing and therefore, it is still within our grasp that we can collectively change fast enough to prevent self-destruction.

I personally disagree with this because we have still failed to solve any and all of the existential threats facing humanity and the world, and have actually made them all significantly worse (while still trying to convince ourselves we’re actually “doing better”) and becoming even more adept at lying (and misreporting) about all it.

If you didn’t know, this self-deceit is actually hard-wired into our institutions and science. Inherent to our methodology and approach to problem solving is the simple belief that we can fix or solve any issue or complexities that might arise – no matter what they are, or how big they may be. This is our hubris, and this is partly why we are so poor at understanding existential threats – we do not take them seriously enough (none of them), nor do we adequately comprehend their inability to even be solved. We apparently lack the mental acuity to fully grasp what they mean to our civilization and our very existence as a species on this planet. They are outside of the range of our experience, knowledge and importantly, our capabilities. What took a few thousand years to cause, cannot be solved in a few decades or even a few hundred years.

How can we re-engineer all of our civilization to stop self-destructive behavior? Many people don’t even recognize that these threats even exist, which of course, negates any possibility that we could effect sufficient changes to our way of life across a sufficient number of our population. If you can’t even get people to put on a mask in the middle of a global pandemic – what chance is there that they would change their attitudes, habits and behavior when the need to do so is urgently demanded somewhere else? That fact is now clear – they won’t, and therefore, neither will civilization change when necessary at the scale that will be required.

In effect, our species is doomed to destroy itself because at the very heart of the problem is us, and our willful inability to understand, respond or change. We can only change intellectually (for now), which is not going to help us much when we must physically and drastically change the way in which we live.

There are many more existential threat facing our species, including in no particular order asteroid impacts, electromagnetic pulse weapons, war, nuclear weapons, bio-weapons, starvation, nanotechnology, pollution, rising sea levels, permafrost melt, methane release and more. Each poses a real existential threat with the capability to wipe out most life on Earth if any of them occur. Several have already happened and when they worsen (which they will), they will severely impact life on Earth and the ability for humans and other fauna to survive here.

Right now, it’s pandemic, fires, drought and climate change that poses the most immediate threats. A close “second” will be sea level rise, which will inundate most of the world’s sea ports. Humans will be able to move inland – but that also means that over two billion people will be displaced, triggering a massive refugee crisis that will last for at least a hundred years.

Why aren’t we taking these issues and threats seriously enough? We already know what many of their impacts will be, but we’re still unable to adequately respond and take effective action. The answer is simple enough: We lack the capacity, the will, and even the desire to respond to existential threats until we have absolutely no other choice, and therefore, doom ourselves to dealing with their aftermath. By “we”, I am referring to civilization itself, all of it’s components and processes and dependabilities, and of course, its capabilities. Civilization, and therefore “us”, is not designed to change rapidly, efficiently or even effectively. The end result will be chaos, death and disaster.

It’s an ugly conclusion. But it’s also inevitable. This is not the “news” anyone wants to hear, but I believe it needs to be said, because only by understanding the threats we face can we truly hope to mitigate them with a lesser chance of impact. Some of them will happen no matter what we do, but that doesn’t mean we do nothing and accept the inevitable. We should still do the opposite – doing all that we can, so that we can stand a better chance at survival for as long as we can, because that is after all, what humans have always sought to do – survive, even against insurmountable odds. That will not change no matter how ugly it gets, we are still going to try, but we would be wise to start now, and start early while we still can.

While this short article implicates our civilization, it is also true on an individual level. Don’t be complacent and indifferent to things that truly matter. Do all that you can right now to help yourself. It’s not something you’ll ever regret.