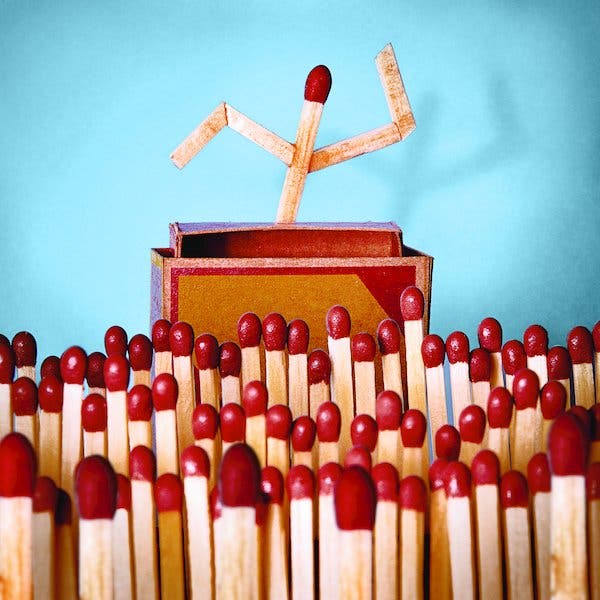 The clown story in detail: Off The Rails – the post-election story how Trump chose connedspiracy over reality with idiot ‘advisors’ and even stupider legal representatives. Sydney Powell and Rudy Giuliani should be in jail for the enormous damage these two clown acts have done pushing baseless connedspiracies. The Capitol attack was the direct result of their connedspiracies.

It would be laughable if it hadn’t been so deadly. There are photos all over the Internet and in the media showing thousands of heavily armed troops protecting the Capitols around the nation as a direct result of their evil machinations. The cost is hundreds of millions of dollars now.

Misinformation dropped dramatically after Twitter finally banned Trump, America’s Liar In Chief. But – extremists have just dived deeper into the StupidNet, setting up their own connedspiracy channels to promote their hatred in private echo-chambers. Lone wolves have always been the greater threat, but the media is acting like this is news. It’s not.

America is FULL of whackadoodle idiots. It’s the reason I’ve written so much on this topic over the years. QAnon become a primary source for asinine connedspiracies, but it wasn’t the only source. I covered Alex Jones and several others in the past.

She’s not alone. Senators and Congressmen, judges and lawyers, officials and police, thousands of people in positions of authority and decision-making, whackadoodles every last damned one of them. The reason why the Capitol attack nearly succeeded in decapitating our government was precisely this – people in authority embraced connedspiracies.

I’ll keep this short. It is not over. The connedspiracy crowd of dangerous and deadly fools has found their audience. Huge sums of money in the hundreds of millions of dollars are being made from connedspiracy theory. There will be “shift” to new connedspiracies – and more attacks. Trump and many, many others will exploit this.