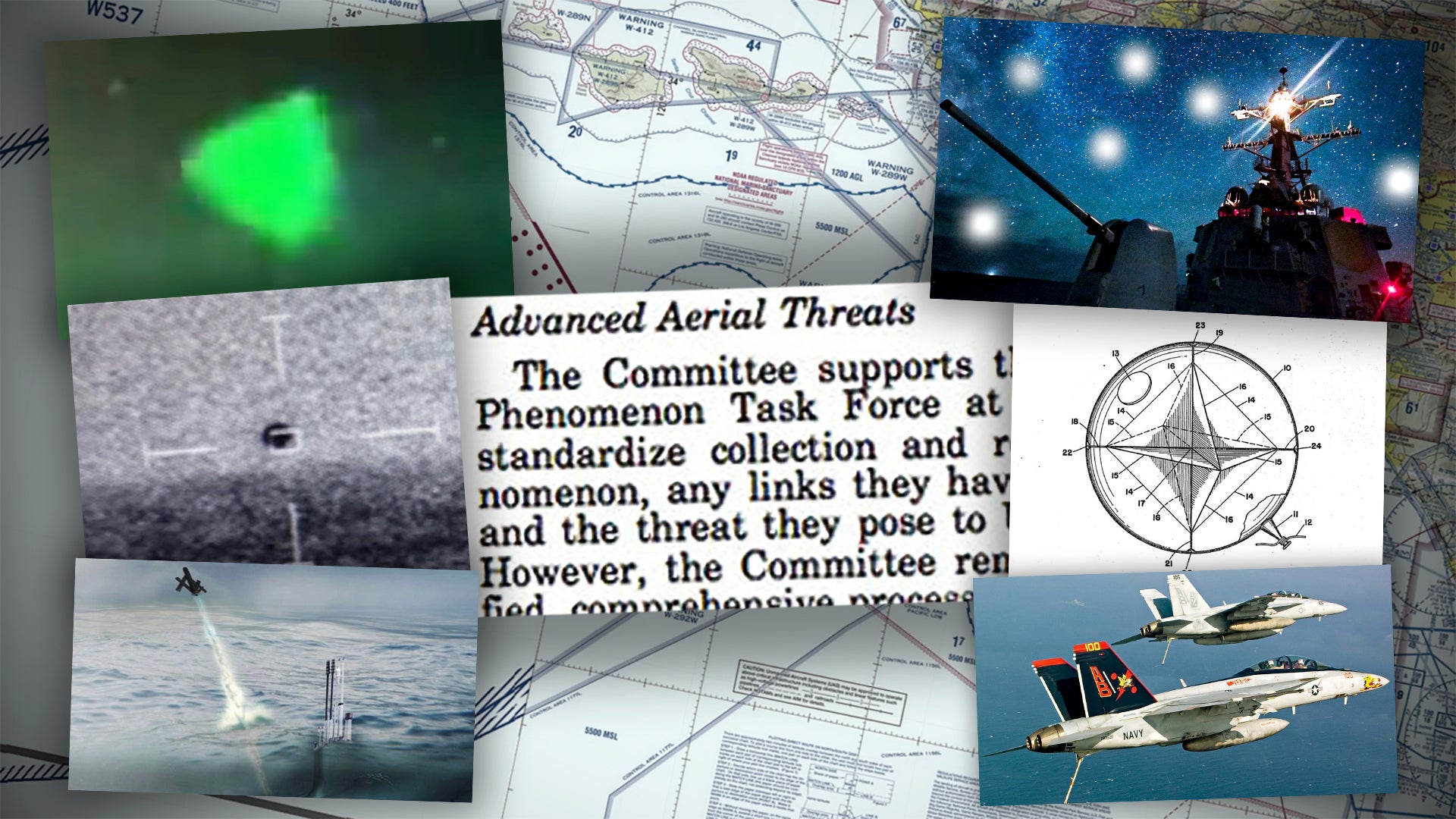 All the UFO sightings may have a Earthly explanation: Adversary Drones Are Spying On The U.S. And The Pentagon Acts Like They’re UFOs

I don’t buy into any of the UFO phenomena. Most of these sightings, abductions, mutilations and claims can be readily explained. The credulity of the ‘witnesses’ is the first place to start, and then the actual evidence, if there even is any, requires minute examination.

Most people don’t realize that hearsay is not evidence. This is what was at the heart of the 2020 ‘stolen election’ claims. It was all, or mostly based upon hearsay. Someone ‘saw’ something, but when investigated, they didn’t see what they claimed to have seen. They drew the wrong conclusions, went public and created a firestorm of controversy. The hearsay went viral, but lacked credulity and actual proof. We’re still dealing with this ridiculous hysteria.

It’s the same with UFO sightings. Making conjecture and weaving together assumptions is not evidence, it’s simply hearsay. The near-total lack of actual evidence is remarkable for the sheer number of alleged sightings. Fuzzy pictures and bad video are often the only so-called ‘evidence’ that proves nothing. Something was recorded, but what was it?

I doubt aliens have bothered to visit this sick, sad planet. I don’t believe they are behind abductions, mutilations or disappearances. They’re not coaching the U.S. Government or posing as politicians. These nefarious claims defy physics, time, distances and logic. The sky sightings however, may be real unidentified flying objects – namely drones. But these too must pass the basic criteria to be considered actual evidence.

Are we being spied upon? Probably. Most certainly. If you understand what social media is doing to both spy on and manipulate billions of people (which is proven fact) you will already know this. I find it odd that this sort of ‘mutilations of minds’ is blithely accepted by billions of willing victims, but dead cows drained of blood are cause for alarm.

Are foreign agents investigating our infrastructure, communication networks, defense systems? Undoubtedly yes, this has been known for decades. Are they actively penetrating these assets now? Of course they are, cyber intrusions have been detected since the Internet came into existence.

Arial surveillance expands on these capabilities in massive ways. Actually seeing the topography, installations, and eaves-dropping on real time communications is very different then uncovering a building plan or project development parked on some computer server somewhere. Identifying both weaknesses and capabilities is given an enormous boost with real-time surveillance. Discovering response times and defensive capabilities can only be done with active monitoring and penetration.

It’s very likely that multiple state actors and numerous private companies are involved in these sightings, both in and outside of the United States. Corporate espionage is very real and discovering your competitors projects, plans and secret activities would be extremely valuable. But more nefariously is the penetration of military airspace, traffic patterns, capabilities and response times. Such information could be very valuable (and sold). But these lights in the skies are not aliens. They are of Earthly origin for as yet, unknown purposes.

What we do know is this isn’t good. The documented activity itself is evidence of nefarious intentions. If you want to quietly bring down a nations offensive or defensive capability, you might want to not advertise your intentions. If it’s infrastructure you’re after, you’d do the same thing, work in the shadows. There are thousands of domestic terrorist right here that want to do exactly that.

Anybody can buy a drone. Anybody can run a swarm of drones. The technology is cheap, plentiful and readily deployed. What needs to happen is for some of these drones to be captured and analyzed. Forensic investigations could reveal quite a lot about their origins and owners, leading to a far better understanding of what is afoot. Detection of drone frequencies and monitoring these frequencies would also be a good place to start acting defensively.

I can’t add much to this discussion at this time, only to state that the UFO sightings are undoubtedly Earthly. There is indeed something happening in our skies, and it’s very unlikely to be ‘good’ (otherwise it would not be secret). If I were to speculate, this activity would mean that numerous entities are investigating for potential exploitation of our weakness. There is a high likelihood that these are different groups operating with different agendas which would explain the disparate number of sightings and locations. Some are extremely likely to be domestic, while the rest, are likely foreign agents. Some are pranks, which can be discounted as any kind of threat, but the rest, we should take seriously. More then a few people (not aliens) are up to no good.

6 thoughts on “We Are Being Watched From Above”