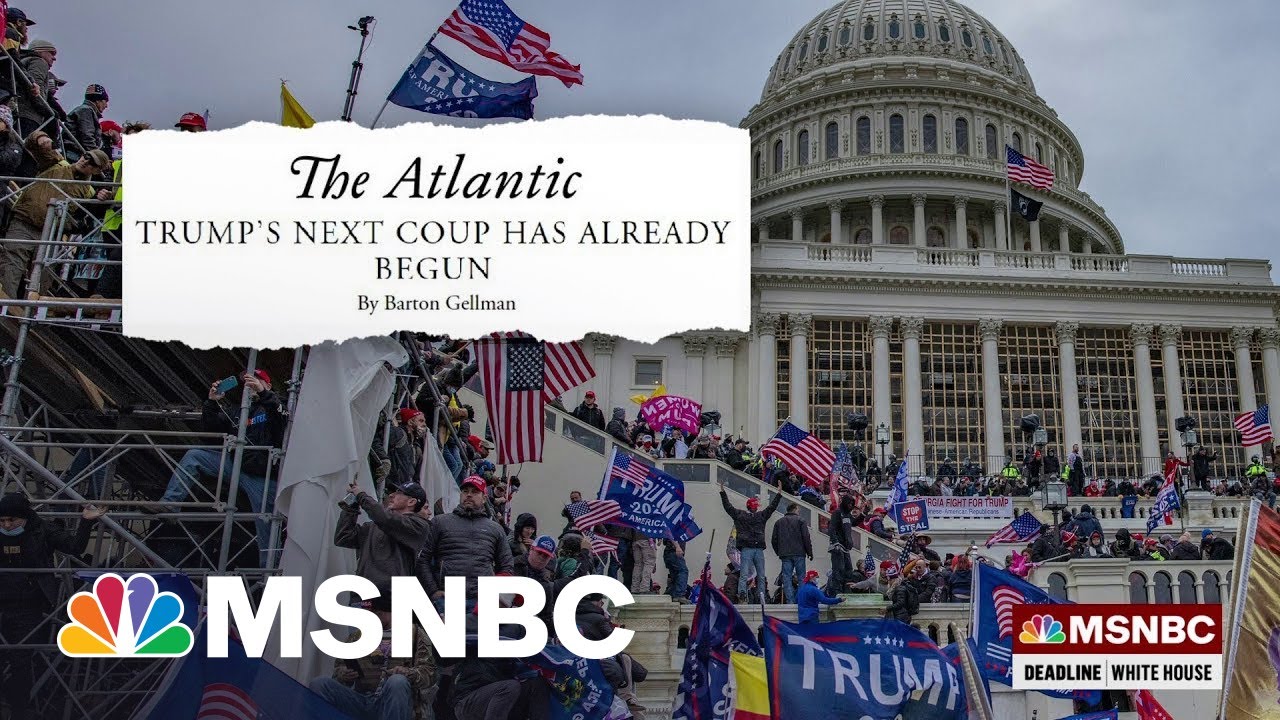 For my American readers, the Atlantic has an interesting article on the subversion of American democracy and how the next coup has already begun.

I’ve read quite a few similar articles and they all contain the same theme: Political leaders are betraying their country, defenders are almost entirely asleep and do not realize what is coming, the next election will almost certainly be the first true stolen election, and widespread violence (civil war) is almost certain to happen.

Egged on by propaganda and deception, the January 6th insurrectionists are sore losers, still quite angry that they lost the White House, and even more determined then ever to get it back. Most of the media press has been focused on this crowd of delusional fools but not on the political leadership that is paving the way for an even worse outcome in 2024. They are actively suppressing and organizing voting rights, access and efforts to ensure a Trump outcome in 2024 – no matter what.

The sheer scale of this attack is absolutely mind-blowing. I’ve still struggled with why any American would actually choose to support such a creep and fraud like Trump on anything, but he’s become the Messiah to a growing crowd of fascist and race-hating Americans that are willing to toss the US Constitution into the trash and claim victory by any means, including widespread violence.

I admit to having a hard time calling such people “Americans” at all, because such thoughts and ideologies are treasonous, seditious and very dangerous to everyone – even themselves. I’ve zero doubt that they will get whatever the hell it is that they think they want. Trump betrayed everyone, even his own loyal followers, and will most certainly do so again and again. Trump only serves himself and rewards unwavering loyalty as the only criteria to receive his faux praise.

These are the characteristics of a fascist would-be dictator that respects virtually nothing but himself, the rule of law and the US Constitution are just empty words that do not apply. Trump will utterly discard the Constitution in his insane quest to retain power and THAT is the real danger here. The United States and the rule of law as governed by our founding documents (including the Bill of Rights) will be forever gone.

This is to say nothing of the millions of dead, injured, wounded and imprisoned that would follow Trump’s desired “purge” of non-loyalists and opposers to his maniacal reign. There are a great many people in this country just aching for such a turnout. In their minds, they have already betrayed their citizenship and prior Oaths as defenders of the Constitution. A new king is to be appointed, defended and even died for and his name is Donald J. Trump.

Biblically speaking (I was in the ministry) this fits right in pretty well with the description of the Antichrist which I’m sure others who are still religious are certain to notice. But the great falling away of true faith and the deception promised to even the ‘very elect’ is already here, as is the ‘deadly head wound’ that was inflicted. If the scriptures were to be taken seriously, then a terrifying outbreak of extreme violence and death is about to befall this country and most of the world. I don’t put any stock into biblical ‘predictions’ or prophesy, but others do and this should serve as a warning that the dreaded Antichrist is most definitely here and his name is Donald J. Trump.

Back in the real world, Americans would do well to anticipate and prepare for the conflict that is coming.

4 thoughts on “Trump’s Next Coup Has Already Begun”