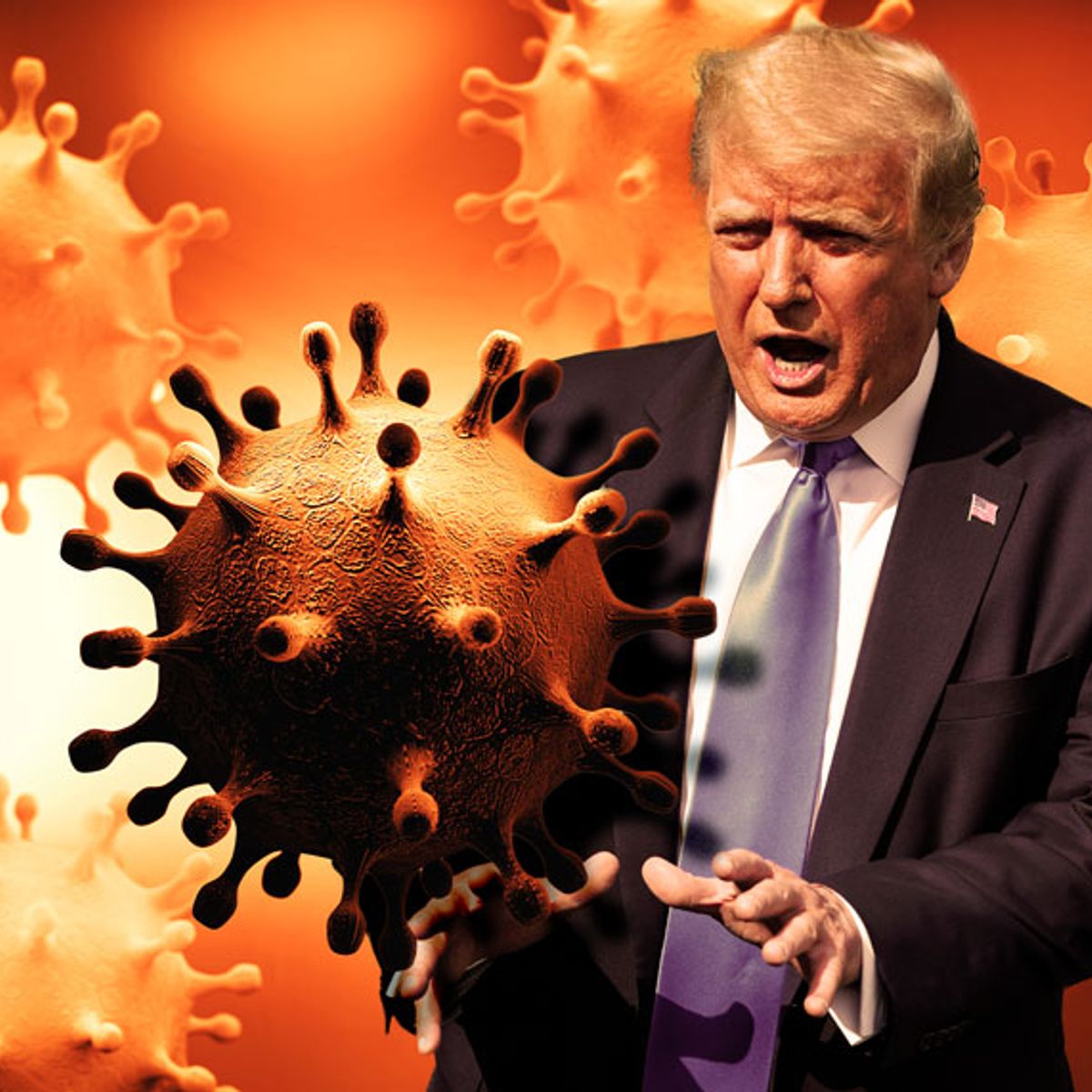 I’ve publicly claimed (here) that Donald Trump is guilty of crimes against humanity. Here is your proof:

Researchers put a number to the lives lost due to Trump’s mishandling of the pandemic: 400,000

From the beginning, it was clear that Donald Trump was handling the COVID-19 pandemic poorly … where “poorly” can be read as any synonym for “in the worst way possible.” Trump disbanded agencies meant to deal with pandemics, ignored the outbreak long after it was a clear threat to the nation, failed to make tests available, failed to provide nation standards for social distancing, failed to create a national system of testing and case management, promoted phony cures, discouraged the use of masks, undercut health officials, and even encouraged his supporters to engage in armed insurrection against governors who were trying to take effective action. And that’s just a select list of ways Trump screwed this thing up, down, and sideways.

As Reuters reports, a conference at the Brookings Institute this past week included the introduction of a series of research papers on the handling of the COVID-19 pandemic in the United States. The conclusion of those researchers: “The United States … could have avoided nearly 400,000 deaths with a more effective health strategy …” And it could have done so while spending billions of dollars less.

The researchers aren’t actually claiming that Trump is responsible for over 4 out of every 5 deaths, because they’re projecting that 400,000 lives saved against an expected total for the pandemic—which they believe will end up being around 670,000 lives lost. Had Trump taken prompt action, they believe the total would have been under 300,000.

Of course he’s responsible. His handling of the pandemic could not have been any worse. He deliberately interfered with the pandemic response. He also delayed the US response, ignoring expert advice. Trump IS responsible, these are indisputable facts.

I also strongly disagree with the number of dead being predicted, it will be far higher then 670,000 before this is “over”. That day is at least two-years away from right now. With numerous and more highly contagious variants constantly appearing, and the bone-headed stupidity of anti-maskers, anti-vaxxers and anti-science idiots on the increase, the pandemic will be here for quite some time (even if these morons continue to ignore it).

Just like climate change, your “feelings” and misguided “belief” is irrelevant. It’s happening anyway. Morticians are doing a BOOMING business now, so that’s sure to make some of these stupid fucks happy (good for the “economy”). America has always been an economy of death, in the business of death, genocide, mass murder and global destruction. If you don’t know this fact, you’ve not read the real American history or paid attention to where America operates.

So killing a million Americans through sheer ineptitude and malfeasance is par-for-the-course from the golfing, tweeting Moron In Chief. He should be held accountable, indicted, prosecuted and executed for mass murder.