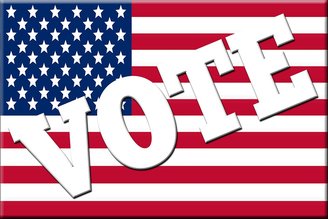 I hope YOU vote. Now is the time to do this. This is our only chance to stop the ongoing assault upon the Constitution, this Republic and the democratic institutions that have been so corrupted by Trump since taking office.

Everyone should watch this trailer and then make sure to watch the full video:

The most incompetent, selfish, narcissistic President in US history should be held accountable for crimes against humanity and prosecuted.

Trumps MASSIVE failures to deal with the pandemic in the early months are well documented, but he and Barr and all the other traitorous Republicans have attempted to spin a false narrative (as usual) to avoid their culpability and complicity. They are ALL guilty of helping to kill hundreds of thousands of Americans.

Most of what the public has “heard” through right-wing news outlets regarding the pandemic “response” is a total lie, grossly oversimplified and distorted to present a phony narrative of a Administration performing i’s job.

That is NOT what happened and this information can be readily found out through numerous sources, including this video. Mandatory watching for ALL Americans, especially now that we finally have the opportunity to rid the country of Trump and do the JOB that the Republicans FAILED TO DO during the impeachment trial.

Stand up America – VOTE like your life depends on it – because it DOES.

I also recommend reading this: Last Exit From Autocracy, America survived one Trump term. It wouldn’t survive a second.

I won’t reiterate what is already in this excellent article, but everyone needs to bear in mind that their future is now at stake (their very survival) if Trump is re-elected. Trump has now already killed several hundreds thousand Americans through incompetence, lies, denials, hoax claims and refusal to take responsibility. Someone is definitely responsible for the massive pandemic failure and yes, it can be directly traced to Donald J. Trump.

Trump is desperate to get re-elected by any and all means possible. His trashing of the Constitution and the Bill of Rights, abuse of power, nepotism, emoluments violations and much more are well-documented. His support for fascism, racism, white supremacist, dictators and strong men are well-known. He has made it perfectly clear that he won’t relinquish power and is willing to use violence if he loses. America has never had to face a situation like this from the President himself. These actions bespeak volumes about his mental state, competency, fitness and ability to perform the job and duties as President. He needs to removed – asap, and the proposed violence stamped down.

There is actually a lot more Trump activity that belongs on that list, but people have short memories and even shorter attention spans. And it’s not just Donald J. Trump that is abusing his office – there have been a long, long list of abuses by the very people who are enabling Trump. Recall all the stories circulating about the Post Office and trying to suppress the vote? Postmaster General Louis DeJoy is in the news again – this time for corruption and questionable “donations“. He joins a growing list of henchmen and woman who have proven themselves to be nothing but traitors.

We are in a national emergency – make NO MISTAKE ABOUT IT. Every American should be on high alert right now. Idiots and fools are hoping to take up arms and start a civil war if Trump isn’t elected. Efforts to steal the election are well underway.  You should all be paying very close attention to this, but you’d better VOTE anyway. Watch out for these fake ballot boxes being spread around by the traitorous Republicans.

This is the last straw, the ballot box before the cartridge box. A peaceful and fair election is paramount – and so is respecting the results. Don’t get suckered in to the propaganda, connedspiracies and endless BULLSHIT that is being spread around. But this is not hyperbole – if you embrace fascism, vote Trump. If you want your country back from fascist – don’t vote Trump. That goes for the Senate and Congressional races too.

Civil war is nothing to fantasize about. Those who decide that violence and intimidation are their answer will either wind up dead, maimed or in prison, tossing their lives away forever. Don’t participate in this stupidity. These people are so unbelievably misinformed and living in an information bubble that it boggles the mind, but common sense and calm is called for. We’ll survive this, but some of these clowns may not.