A prime example of how people are going to behave when something “happens”. 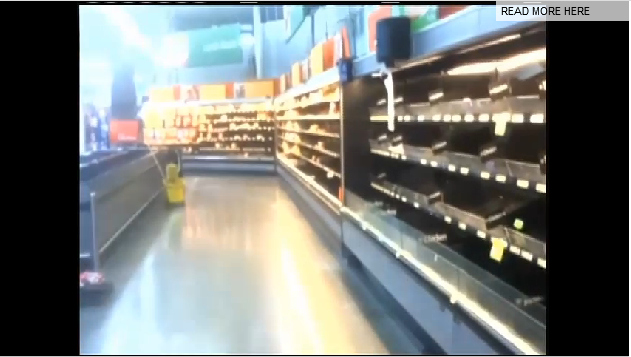 In this case, it was nothing more then a glitch on the EBT limits were temporarily unavailable.  The cards still worked – what didn’t work was how much you had left on the card to spend.

The result was chaos – a mad rush to the store and stripping the shelves bare in mere minutes while running up debts far above the limits on the cards.

From 7 to 9 p.m., people were loading up their carts, but when the cards began showing limits again around 9, one woman was detained because she rang up a bill of $700.00 and only had .49 on her card.

“Just about everything is gone, I’ve never seen it in that condition,” said Mansfield Walmart customer Anthony Fuller.

A dispatcher for Mansfield police also confirms officers were called in for crowd control at the Mansfield Walmart. She said the shelves were cleared out, forcing Walmart to stop selling food at 9 p.m. There were no arrests.

There was, however, a huge mess left behind. Pictures and videos obtained by KSLA News 12 show aisles packed with shoppers emptying the shelves in Springhill. Another video shows what appear to be at least dozens of overflowing carts left abandoned in the aisles at the Mansfield store, against the backdrop of emptied shelves in the meat department.

This is pure theft.

Welcome to the Apocalypse. This is how people are going to act when their “entititlements” are cut-off or even just threatened.