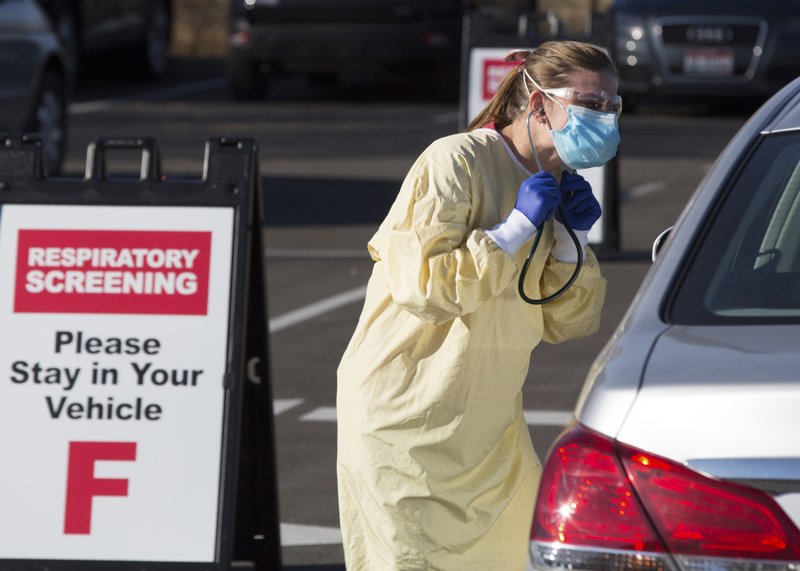 Local residents are behaving very badly. In Idaho, the resistance to public health measures is pretty strong. I’ve read numerous posts from Idahoan’s who still stupidly think the Cornavirus pandemic is a hoax. Overworked and maxed-out health care workers are failing to convince the walking dead that the pandemic is very, very real.

Sadly, I’ve seen a few local contractors I’ve had business with climb on board the stupid wagon.What they don’t know is I won’t be giving them any further business in the future, as they proclaim that the pandemic is “just the flu” and they’re not going to wear a mask, no matter what.

Fine – don’t wear a mask. And don’t expect any health care either when you get sick, because you sure as hell don’t deserve it. Let’s leave the hospital beds for the real victims, not the perpetrators.

Not even the military being called out to assist will convince these fools that people are dying in vast numbers now. Idaho is a relatively small state with a small population, but it has a LOT of arrogant idiots within its borders. This is the home to the asinine “Redoubt” where white militia members and wanna-be faketriots have armed themselves to the teeth to wage war against all the infidels that don’t think like them. Having long since abandoned any notion of Constitutional adherence in their quest to be America’s #1 state full of idiots, Idahoans are gearing up for civil war.

But let’s just stop calling it “civil war” because it’s none of these things. It’s not civil, and it’s not war, it’s murder.

These people are criminals. Every last damned one of them.

They’re spitting in the eye of all the people who are actually trying to save their lives. They’re taking a gigantic shit on everyone who is fighting to save America. Which of course, makes virtually no sense whatsoever, but hey, we’re talking about a bunch of people that have severe disconnect from reality. They’re not alone either, throughout America’s “heartland”, which should rightly be called the Land of Connedspiracy & Stupidstitions. Americans by the millions just don’t give a flying fuck about other Americans dying – not even when it happens to them or someone they know.

Nope, they’ve got to breathe their freedumbz through unprotected nostrils, bellowing out their arrogance and ignorance, spewing virus germs. This is Trump Country, the land where morons and fools congregate in droves, where pickup trucks and guns and self-righteous assholes spread hate and ignorance. Connedspiracies flourish here like no other place I know. I spent many weekends walking among these people and rarely did I ever find anyone who was not at some level of brain dead stupidity.

To me, they are fearful, small-minded little creatures that are deeply afraid, afraid that they will be required to grow-up and expected to change for the better. Required to admit to their ignorance and lack of understanding about the real world.

Idaho is by and large, a giant echo-chamber of the sorts that you’d find on any extreme fringe of the Internet, spilling over its borders into the surrounding states. I like to call this online cesspool the StupidNet for a reason – most of what is being published online is absolutely worthless shit, and most of my interactions with Idahoans (and the people that fit these adjectives) has been absolutely worthless shit. They can be nice people, as people go, and I don’t mean to single them out in any particular way, despite “naming” them here. There are nice people all over this country, but that doesn’t mean they’ve got the brains of a rotting stump when it comes to politics, reality or truth. Idaho is plumb full of stupid stump fucks, ignorant, hateful, nice people (when they want to be) who think that they are at the center of the universe.

During the recent “protests” where a bunch of ignorant Idahoans heard rumors that “antifa” was going to protest in their tiny towns, a bunch of Idahoans strapped on their guns, jumped into their pickup trucks and paraded around different parts of the state, bravely “defending” the non-existent. You could see them standing on the side of the road with their enormous bellies hanging out, AR-15 rifles slung across their backs, pistols strapped to their hips. It was patently ridiculous. And it was also dangerous and illegal, but no Sheriff had either the balls or the courage to put a stop to any of this. Many of the Sheriff’s support this bravado bullshit.

That scene was repeated all over America as everyone knows. Nobody appointed these self-appointed “protectors” to engage in illegal law enforcement activities. Nobody authorized these fools to intimidate and harass other Americans. Nobody held them accountable. But they did it anyway. And as the Kyle Rittenhouse case proved – this bad attitude of theirs and improper grasp of citizen “rights” and responsibilities resulted in dead people. No – Rittenhouse was not engaged in “self-defense”, he’s got multiple murder charges against him now.

During the recent 2020 Election, this same groups of idiots and morons tried to harass American voters at different voting locations around the nation. Restricted from being within so-many-feet from the actual voting booths, gun-strapped blubber bellies and bearded morons yelled and harassed voters who showed up to vote. Not a single one of these fools realized that this activity would have just the opposite effect upon voters who are absolutely sick and tired of the intimidation. Nobody was going to “change their vote” because some jackass was blowing his horn, or because some stuffed faketriot was there to support Trump by packing an assault rifle.

I really, really wish that the doctors and nurses and hospitals and crematoriums and grave diggers and everyone else involved in caring for, and carting off the bodies of the dead would create a televised documentary showing what they are having to deal with. Then make this mandatory watching for all the ignorant, brain dead stupid fucking fools that are dragging this country into the ditch.

Goddamn am I sick of these people. So far, a few of their guns have killed hundreds of Americans, mostly children, but their actions are now killing hundreds of thousands of Americans already. These goddamned idiots don’t even know what freedom is, yet stupidly spouting ignorant nonsense about their “freedoms” being “infringed”. They’re actively denying the freedom for other Americans to even live. Now, if that is not hypocrisy, I don’t know what is.

You just can’t explain stupid. Many have tried, and many more are a lot more polite about this then I, but I live here and it’s getting weirder and weirder every day. Individual Americans by the tens of millions have demonstrated that they will NOT do what it takes when there is a national emergency. Nor will they band together and do what is right when it is needed, not this current generation of idiots and arrogant fools. Selfishness, indifference, arrogance and hostility have replaced common sense, compassion and cooperation.

I don’t expect things to get better either. Social media and extremist websites are literally exploding with asinine, unfounded connedspiracies and claims. The likelihood is that nobody is going to get a handle on the plague of stupid that has taken over this country, which means the hostility and ignorance is just going to get worse. I can’t even predict if it will ever get better. That would require some type of sanctions and punishment on the echo-chambers propagating false information, which leads to First Amendment considerations and potential violations.

It’s illegal to shout “Fire!” in a crowded theater despite the protections of free speech (unless there really is a fire). America is crowded now with ignorance, superstitions, lies, fraud and dishonesty, all shouting for attention, most or all of which is “protected speech”. But what do we do when free speech like this kills people in such large numbers? What do we do when the First Amendment is used to protest and refuse common sense public health measures?

Frankly, I’d pass an Executive Order as President and let the chips fall where they may, leaving it up to the Courts to settle the question. The first duty of the President of the United States is to protect the citizens of the United States. This means to protect their lives, first and foremost, THEN protect all their other rights. Trump has miserably failed to do any of this throughout his entire Presidency, and is still engaging in spreading asinine connedspiracies and lies about why he lost the Election.

He hasn’t addressed the rising number of dead, or enacted any kind of public health response to slow the spread of the pandemic. He’s proven himself to be a traitor to his Oath of Office and in violation to the Constitution and should be immediately removed under the 25th Amendment for crimes against humanity. But we all know that’s not going to happen because we do not have brave, courageous leadership in government. So yes, our own government, our entire government has failed us too.

But this is mirror-image of Americans failing other Americans. Millions of Americans are failing America, acting in selfish, self-righteous ways, proclaiming their innocence and pretending that their actions don’t have horrible consequences, while putting the burden upon the real heroes in America who are sacrificing their very lives. Government and Americans are a mirror-image of each other, representing the common failures to do what is right, necessary and extremely overdue, from top to bottom.

These Americans are the antithesis of what real Americans do to help. This guy had no idea that he’d be rewarded for his efforts. I’d like to see something done on a national scale for our first-responders, and all the doctors, nurses, lab workers and health care professional that have worked non-stop since February.

I doubt very much that there is any way out of this predicament. I do not expect the virus vaccination program to resolve any of this. What the pandemic has exposed is the horrible selfish underbelly of America and the rampant ignorance that has dragged the entire country down. We know now what we are “really made of” in large sections of this country, and there is no vaccination for that disease. There won’t be a quick inoculation, no quick fixes, no certainty that generational hatred and stupidity will suddenly go away. We’ve got a long, long ways to go before we can EVER declare any kind of victory over what is really wrong with America.

4 thoughts on “The War Next Door”