There can be no doubt whatsoever what this sort of devastation will lead to.

Must read: Crude Behavior: The Tarnished Legacy of the Tar Sands Industry

In the Great Plains, TransCanada (of Keystone XL infamy) has mounted a widespread misinformation assault, threatening lawsuits when farmers refuse to sign over their land to the company. In Texas, landowners and journalists have been threatened with arrest for “trespassing” as TransCanada bulldozes its way to the Gulf coast. 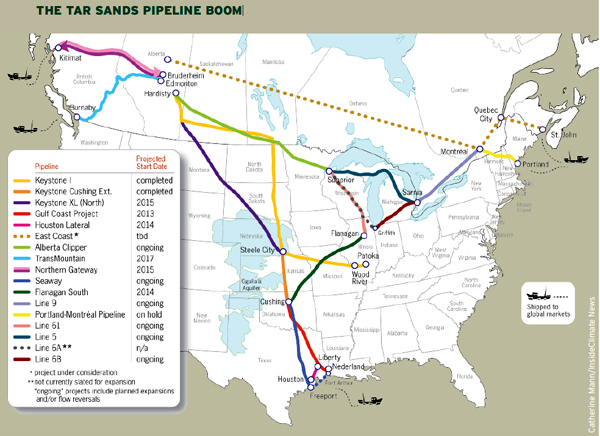 The failure to put this into the proper context and understanding is unforgivable. It’s a war – against you, your family, your future. You’re not expected to fight back.

6 thoughts on “The True Cost of Oil”