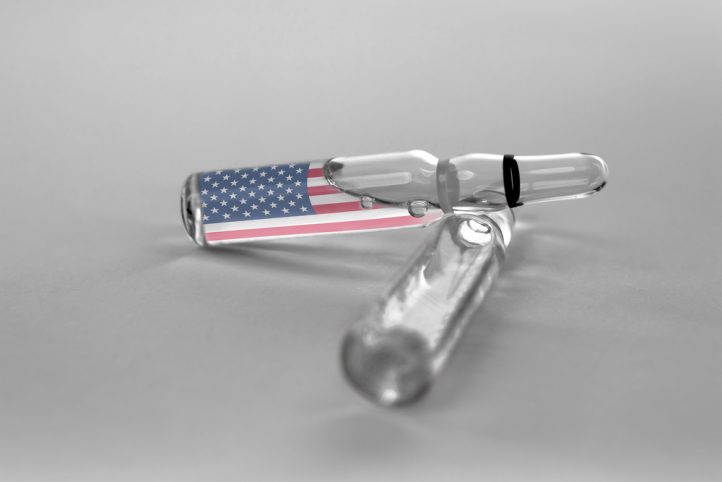 By now, most Americans will have heard about Donald J. Trump trying to illegally overthrow the Georgia election results by threatening the Georgia Secretary of State Brad Raffensperger. If not, you’ve probably been living under a rock, because it’s all over the news.

Using the same tactics he tried in Ukraine that resulted in his impeachment, Trump illegally pressured Raffensperger to “find 11,780 votes” by cajoling, wheedling and prodding him during an hour-long phone call. Unsatisfied with Raffensperger response, Trump then took to Twitter as he often always does to denigrate Raffensperger and spread baseless lies, which resulted in Raffensperger releasing a recording of the phone call to the Washington Post.

Trump’s big mouth has now committed yet another impeachable offense and crime for which he could be prosecuted and sentenced. This case has now been reported to the FBI for investigation.

Some pundits are speculating that Trump may “actually believe the conspiracies” he’s been promoting, but I don’t think so. Trump knows he lost, knows that these conspiracies are all bogus and utterly baseless and is deliberately pushing this false narrative. I know this is true because this is Trump’s modus operandi – he deliberately interjects endless falsehoods (lies) and distractions to deflect away from the truth, and he knows he’s doing it and he keeps on doing it even with faced with irrefutable evidence he’s lying.

Trump was a President who’s every other word out of his mouth was an endless stream of lies, false promises, deflections and hatred. Now he’s on the ropes, having lost the Presidency and is desperate to avoid prosecution once he looses his “immunity” as President.

In other words, we’re only seeing the man as he has always been. This is not something new for Trump, this is something he’s always done all along, even before becoming President. Now, using the power of his office, Trump is still deliberately trying to undermine American democracy and the will of the voters in a pathetic attempt to overthrow the election.

It is a rule of thumb that virtually all of Trump’s accusations are, in fact, confessions of his own shabby behavior. His bellowed claims of rigged elections and vast conspiracies are actually his helpless testimonial to the serial election misdeeds of his administration and his party.

Trump Remains Indignant Because He Cheated So Hard — and Still Lost

We must never forget this act, and why he’s trying to do this. I’ve pointed out, as have many, many others, that this is and has always been about Donald J. Trump and nobody else. Trump has NEVER given a goddamn about Americans or America and accepted the Presidency as an opportunity to enrich himself and further his ‘brand’. Anyone with an ounce of integrity, humility or shame would have conceded the defeat of the 2020 election months ago, but not Trump. Since then, he’s tried every trick in the book, including using the power of the Presidency to illegally overthrow the election.

Of course these a prosecutable crimes, and would certainly have him impeached again given time. Adam Schiff warned all of America during the impeachment hearings last winter that Trump would “do this again” and he was right, as were many other people who said the same things. Trump has exhibited himself as a baseless, immoral, corrupt and completely selfish man with vile, disgusting qualities akin to a cockroach. Many of us knew this before he became President, fearful that he would never rise to the integrity demanded of the office he held. And he never did, not even once during the four long years of a national nightmare, where he badgered, threatened, bragged and lied non-stop, spreading hate and division throughout the country and much of the world.

The ‘experiment’ of the incoming failed business man to ‘lead America’ and ‘make America great again’ is coming to a close, with nothing whatsoever to show for it. No, I don’t think the appointment of Federal judges is an “accomplishment”, nor anything else Trump claimed to do, or even failed to do (such as fill hundreds of vacant positions). Trump’s failures far exceed his success and he will definitely be widely remembered long after he’s dead and gone as the worst President in US history. A sordid chapter filled with bluster and bribes, threats and anger, Tweets and firings, a revolving door of reversals and appointments, betrayals and bullshit. The Swamp is still there, still in power, still holding the reigns, still screwing over Americans and still getting rich off of their massive levels of corruption and deceit.

Readers who do not live in America can barely believe we’ve had to tolerate this endless level of bullshit and brash cultism from Trump. We had no choice. We were faced with a compromised and ham-strung leadership across the board who refused to uphold the Constitution and do their damn jobs. Then, when Trump was impeached by our Congress, the Senate refused to convict the man, despite clear evidence of massive levels of wrong-doing, impeachable offenses that would have toppled someone less corrupt. But now we know – Trump threatened everyone around him to keep him in office. That’s what bullies do. That’s what thugs do. That’s what criminals do.

Frankly, I can’t wait for this national nightmare to be over, because Trump is a symptom and a cause of much of what is wrong with America and millions of Americans who do not want to be held accountable for their bullshit, their actions and their vile behavior. They, like Trump, think they can bully everyone else with their endless bullshit and outrageous lies and connedspiracies, fabricating whatever then ‘need’ to weave a bogus narrative about everyone else that isn’t in their camp. And I am absolutely sick to death of it as most Americans are.

Yet despite this, the phony narratives espoused by Trump and many others have gained the upper hand and are still growing stronger and stronger. Media sources and outlets have embraced the lies and deceptions and false narratives on an unbelievable scale, deliberately destroying trust, truth and democracy in their ill-conceived quest to be relevant. Just a few years ago, this would have never been possible as reason and common sense would have prevailed, but social media sold-out to advertisers, marketing and idiotic “likes” allowing themselves to be taken over by a very vocal contingent of morons and absolute fools spreading connedspiracies and baseless claims.

We’ve all seen first-hand the enormous damage and harm this has caused the country, with armed and dangerous rabid right-wing extremists taking out their angry fantasies and violence on other Americans. They too claim that they believe in these baseless connedspiracies just like Trump, as if this is an ‘excuse’ for their violence. It’s no excuse whatsoever and they are being prosecuted as the criminals that they are when caught, and Trump needs to be prosecuted likewise for his crimes and endless connedspiracies.

Without prosecution and sentencing, there can be no justice. This shit has to end, but it looks like it’s just beginning. Many of these people have declared that they will keep pressing their connedspiracies further and further, and even try to ‘resurrect President Trump’ in some bizarre messianic cult ritual. Claims of the deluded include their stated willingness to ‘sacrifice their lives’ for this despicably corrupt and dishonest man defy all reason and sanity.

We are not dealing with sane people, or a sane soon-to-be gone President. They all belong in psychiatric ward under medication and treatment. None of them should be allowed to possess weapons and remain armed. None should be allowed to intimidate and threaten anyone else. Their stated fears of “government tyranny” are a reverse projection of their own tyranny that they’ve tried to inflict upon America. Private citizens, protesters, lawyers, doctors and nurses, judges and Senators have all been threatened with bodily harm by these nutcases.

Cult-followers of Trumpism including Senators and Congressman have threatened more violence. More then a few of these cult-followers now rot in jails around the country, having attempted to start a civil war over their perceived ‘wrongs’, all of which have been based upon bogus connedspiracy theories and fabricated claims.

Trumpism is both a symptom and a disease of addled minds engaging in conspiracy theory and fear-mongering paranoia. These dangerously deluded fools will bear watching and monitoring for years to come. Trump may soon be out the door, but the cult he helped spawn is here to stay. America has a severe mental-health problem, which is probably obvious to the rest of the world, and will need years of counseling, assistance and monitoring to deprogram cult-followers of Trump.

Now you know why there aren’t shouts across America yelling, “Lock Him Up, Lock Him Up”. Too many Americans have yet failed to realize that Trump is the real disease infecting America.

So far, over 4,000 National Guard troops will be deployed to support the inauguration of Joe Biden. Nobody yet knows what will happen on January 6th or January 20th, but we do know that Trump is fomenting tremendous anger among his followers that may very well boil over. If they show up armed, seeking to overthrow the election results, they should be arrested and prosecuted for insurrection. Trump himself may need to be dragged out in handcuffs where he can face prosecution for his many crimes, which I readily admit I’d like to see. He deserves no less.

4 thoughts on “The Symptom and the Disease”