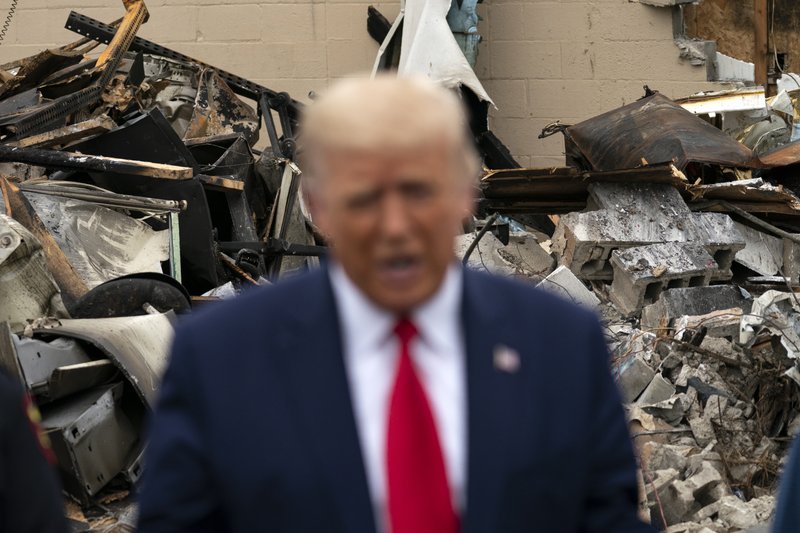 Most of the commentary online about the Rittenhouse shooting in Kenosha, Wisconsin is dead wrong. Many are claiming that this was “self-defense” but that’s not what the evidence supports.

Law enforcement has charged Kyle Rittenhouse with first-degree murder, and with good reason. Video evidence exists of Kyle shooting and killing another man before running down the street, at which point, other protesters were trying to stop him.

Kyle is no hero – but those that tried to stop him and lost their lives doing so – were the real heroes that day.

I knew this early on – having watched all the videos and piecing together the time line myself. But the reactionary right is trying to foist a false narrative on what really went down.

So is Donald J. Trump – the idiot we have for a US President:  AP FACT CHECK: Trump misstates what happened in Kenosha

THE FACTS: His implication that Rittenhouse only shot the men after he tripped and they attacked him is wrong. The first fatal shooting happened before Rittenhouse ran away and fell.

Either this clown is the most misinformed, incompetent President in US history, or his ineptitude is all an act, designed to foment rebellion and unrest. Trump thinks that by siding with murderers, dictators, and violent white supremacists, the country will be forced to vote for him. I hope he’s dead wrong, because under his pathetic ‘watch’, the country fell apart, badly.

But it could get worse – it could get a lot worse, so remember to vote like your life depends upon it, because it probably does.

UPDATE: Today we learn that the victim, was also carrying a loaded firearm:

The documents said victim Aaron “Jay” Danielson, a supporter of a right-wing group called Patriot Prayer, was wearing a loaded Glock pistol in a holster and had bear spray and an expandable metal baton when someone said something like “wanna go,” which is frequently a challenge to a fight.

His assailant, Michael Forest Reinoehl, was shot and killed by US Marshall’s yesterday.

And for those who are still confused on which “side” poses the gravest threat: DHS draft document: White supremacists are greatest terror threat

Foreign terrorists, and Antifa are not the gravest threat, despite the misleading rhetoric being spread around.

None of the drafts POLITICO reviewed referred to a threat from Antifa, the loose cohort of militant left-leaning agitators who senior Trump administration officials have described as domestic terrorists. Two of the drafts refer to extremists trying to exploit the “social grievances” driving lawful protests.