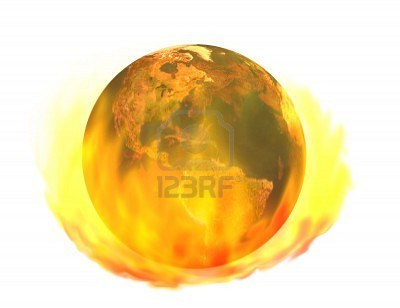 If you’re not listening to Radio Ecoshock every week, you definitely should.  Updated weekly, Radio Ecoshock with Alex Smith covers the state of the global climate emergency with some of the worlds top scientists. He’s even interviewed me once!

Worse Than What You Heard

During the pandemic, it’s been easy to forget about the devastating changes taking place within the world’s climate, but this is still rapidly unfolding, hurtling the world to extinction level destruction. Rising sea levels will devastate our coastal cities and virtually ALL of our shipping ports, which means that global shipping will literally collapse, and this will lead to a global failure in trade and economy. A global economic collapse of unimaginable proportions will be inevitable. And if we do hit the 5.8C warming covered in this pod cast – I’ve already written that this is unsurvivable for humans, exceeding survivalable wet-bulb temperatures.

I’ve been remiss about posting the latest climate news (sorry), but I’m still keenly interested in what is unfolding. If you have any children, or any grandchildren, you will not like what you are about to find out. Their very survival is at stake while we continue to sit our hands and do next to nothing to save a human habitable future.

I’m presently reading several book titles that should be shared here: Jared Diamonds “Upheaval, Turning Points For Nations in Crisis”, and “The World Until Yesterday, What Can We Learn from Traditional Societies”. I’m also reading “The National Geographic Society, 100 Years of Adventure and Discovery”.

I spotted a quotation of interest in the opening chapter in this latter book that is very revealing to what is happening today with America:

In truth, America has become a nation of science. There is no industry from agriculture to architecture, that is not shaped by research and its results, there in not one of our fifteen millions of families that does not enjoy the benefits of scientific advancement; there is no law in our statues, no motive in our conduct, that has not been made juster by the straightforward and unselfish habit of thought fostered by scientific methods” – From “Fifty Years of American Science”, Atlantic Monthly, September 1898

Today, America is no longer a “nation of science”, but a nation bent on science denial and obstruction. Today, throughout many parts of our country, science is derided, ridiculed and rejected routinely by millions of Americans, despite the obvious fact that virtually everyone has individually and collectively massively benefited from the advancement and development of science and science research. We’ve consciously turned a blind eye to what science has accomplished and what science is also now telling us.

Specific scientific disciplines bear the brunt of this ignorance and attack, with climate science being at the very forefront of this pattern of rejection. It’s rather sad to see, but it’s also very obvious and undeniable that this negative viewpoint is widespread and still growing.

Netflix has a new documentary that depicts the catastrophic collapse the living world, hosted by David Attenborough: A Life On Our Planet.

Portraying “our greatest mistake”, Attenborough takes you through the last several decades of exploration on this planet, and a life lived exploring and reporting on the natural world, revealing the horrifying declines and the damage we have inflicted upon this planet.

We, according to these experts, speakers and scientists, are nearly out of time. Catastrophic changes are already well underway which will lead to extinction levels of all life forms – including humans. We cannot live on an uninhabitable planet.

With the 2020 election now officially underway, one party has been hell-bent on ensuring that the United States does nothing to protect the future viability and diversity of life that still yet remains on Earth. What should have been undertaken decades ago still hasn’t happened. Under the Trump Administration, environmental regulations and protections have been swiftly dismantled under the guise of industry favoritism, and common terms like “climate change” deliberately removed from official reports.

Nature isn’t a political force that will pause in its inexorable rise in temperatures or rising sea levels or devastating methane releases or Arctic permafrost melting, all which are responding to human impacts. These natural systems are responding to global human inputs which have vastly exceeded the natural variability and global energy balance that made Earth habitable for millions of years and for billions of diversified life forms. This is no longer the case, because humans have continued blast right past natural planetary boundaries with our global emissions, deforestation and land use changes.

Today, too many people still want to remain ignorant, unlearned and uneducated on the things that really matter, and this attitude has now been vocalized and adopted within this country in particular, by the very highest office we have, the US Presidency. Donald J. Trump is massively ignorant about climate science and the effects now rapidly unfolding around the world, and has taken this country in the opposite direction in which it should be going. He has inflicted decades of long-term damage upon critical scientific agencies, including their expertise, credibility and accomplishments by removing agency heads, firing scientists and ensuring that only political “loyalists” that repeat the official (and wrong) party line.

Weaponizing science for the sole benefit of one party and benefiting industry profiteers at the expense of human survival is simply wrong no matter how you look at it, and this damage must be reversed as fast as possible. We must first stop rejecting the knowledge and research of the real experts, and start supporting their efforts to warn our civilization. And we must actively engage our entire civilization in a massive effort to reverse the damage we have done to this planet.

If we don’t do this (and there is strong indication that we might not), we will all die. Our species will cease to exist and so will most other life on this planet (all advanced life forms). There won’t be any magical rescue or alien habitat on Mars or anywhere else where we could ensure the survival of our species. There is NO OTHER HABITABLE PLANET we can live on. If we do not make it work here – we cannot make it work anywhere else.

The science still matters, now more then ever.