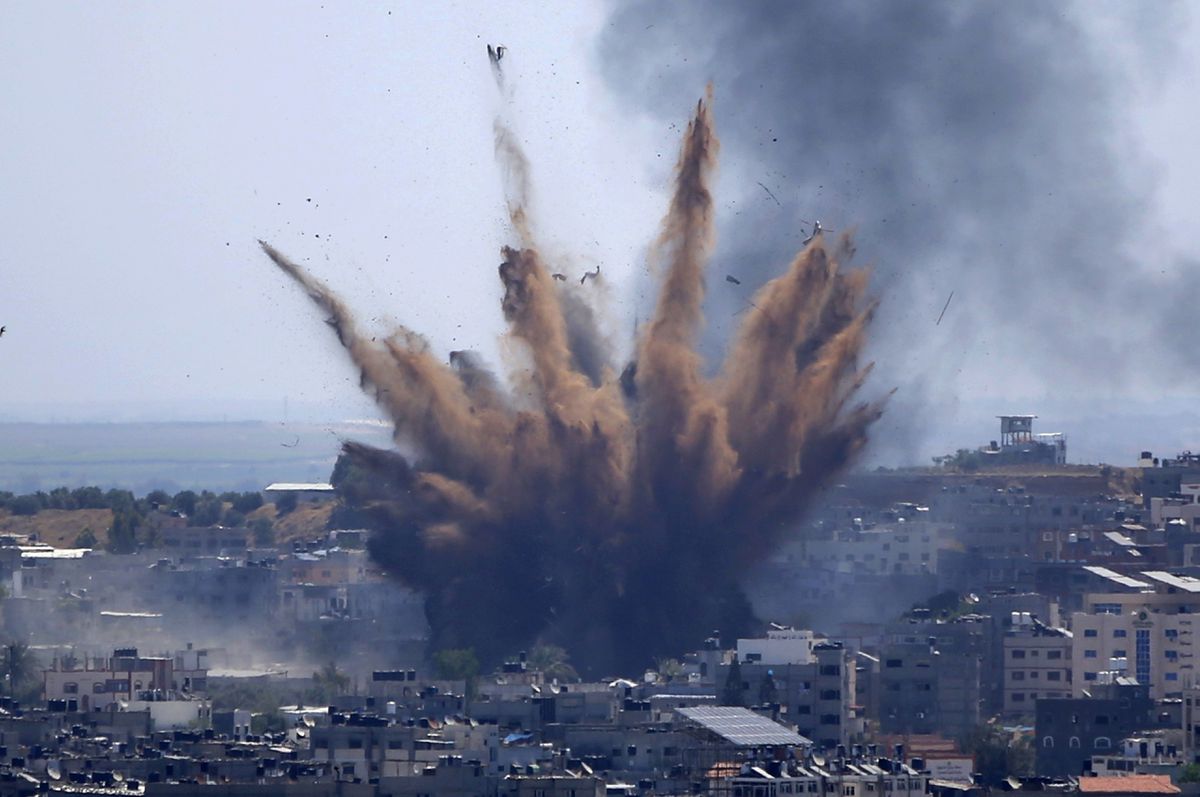 Chris Hedges on the war crimes of Israel: Israel’s big lie: This isn’t self defense — it’s a war crime, aided and abetted by the U.S.

This is an important read, take the time to read it. Israel is the topic that is avoided by most reporters, unless it is to sling endless praise and fawning worship. But Israel is broadly guilty of many crimes, including genocide, murder, torture, false imprisonment and violation of numerous international sanctions.

Hedges warns this is our future too –

There are many parallels between the deformities that grip Israel and the deformities that grip the United States. The two countries are moving at warp speed towards a 21st-century fascism, cloaked in religious language, which will revoke what remains of our civil liberties and snuff out our anemic democracies. The failure of the United States to stand up for the rule of law, to demand that the Palestinians, powerless and friendless, even in the Arab world, be granted basic human rights mirrors the abandonment of the vulnerable within our own society. We are headed, I fear, down the road Israel is heading down. It will be devastating for the Palestinians. It will be devastating for us. And all resistance, as the Palestinians courageously show us, will only come from the street.

These are the videos that Israel refused to allow to go public (these are pirated copies) – how Israel is manipulation US politicians and perceptions, especially on US campuses. After watching these, you have to wonder if this much effort (and money) has been spent to manipulate campuses in the United State, how much more is the manipulation of the American government? The videos hint at some of this.

Episode 1 is about American spies working directly for Israel on American high school and college campuses.

Episode 2 Part I is pretty important to watch because it details how American politicians are being bought off. Nothing gets done unless enormous sums of money exchange hands.

Episode 2 Part II shows how religious radicalization by American Christians (Christian Zionists) has been manipulated by secretive groups working on behalf of Israel.

Episode 3 Part I shows how disinformation and libel is used to attack detractors, ruin lives and silence voices. Part II shows how the Israeli lobby changes American laws. Part II reveals the the identity of the man that started the Canary Project.

Episode 4 is about the extensive reach of the pro-Israel groups and their direct influence over government policy and the American media with propaganda and headlies.

And there is this in a not unrelated theme: How to lose America: The death of democracy looks nearer than ever

The notion that America itself could be “lost” to growing fascism is very real. Religious fundamentalism (the very kind that overlooks Israeli genocide) and connedspiracy theory have intermixed into a toxic blend of hatred and deception. This is a movement that is growing and has many different names. Nearby to me, members are actively training for civil war every weekend and espouse religious beliefs that justify their intention for genocide. Members of government and law enforcement are included (believers in their message).

This is happening across the United States. President Joe Biden is “satanic” and covering up the crimes of his party. Trump’s Big Lie has been even more fully embraced, and the march towards fascism edges closer every day. It’s absolutely nuts. DNYUZ published a article on Biden, which a careful read through reveals a man who takes his time to make a decision, doesn’t tolerate babble or connedspiracy, doesn’t put up with bullshit, expects performance and a deep awareness in his advisors, and is willing to change his mind – all qualities that should be admired and respected. We don’t need a hasty President or one that operates “from his gut” like Trump did, who also rejected the advice of nearly everyone. Biden is light-years away (and ahead) of anything Trump could ever hope to be.

I have NO concerns about Biden’s Presidency so far, and by that I mean will Biden threaten America, our freedoms, our allies, and so on? No, he won’t. He’s going to be a good President in all likelihood, but that doesn’t mean he’s perfect or that he will do what I would like to see done. He’s also going to maintain the status-quo and fail to actually address root causes and problems that are leading the world towards extinction through deadly climate change and my thoughts on this are already posted. But that’s actually to be expected, you don’t reach the White House unless you’re a functioning cog in the system. I have no expectation of Biden, but I also have no fear either. He will be “as good as they come” and that’s a damned sight better then his predecessor who was the worst fool I’ve ever seen.

Trump has now managed to get a death grip on what is left of the Republican Party. It’s now the Party of Trump, a cult-following of fawning sycophants and sell-outs, true traitors to their country. What they want and intend to have scares me very much because it is nothing less the full-blown fascism and open-air hatred. There would be limited freedom and only for those specific target groups that adhere to the requirements of the fascist party (just like under Hitler). All others, women, children, minorities, the disabled and non-party members would find themselves targeted by fascists. It’s more then just “voter suppression” actively occuring right now (38 states have now already passed laws to make it more difficult to vote since Biden was elected), the quality of life in America would decline horribly even if we did somehow manage to avoid civil war. We absolutely cannot allow that to happen.

The asinine lies that Americans embrace when it comes to both politics and Israel are actually quite similar. Connedspiracies and deceptions, distortion of facts and history, and the refusal to reject falsehoods have led America into a dangerous corner of which there is no path for escape. Religious manipulation bears a huge responsibility for this crisis, and I absolutely blame the religious and the churches and the politicians for this deception. Weak-minded politicians and lobbyist acting as agents to a foreign country have persuaded American leadership to embrace endless lies and support genocide. It’s happened before and it’s happening again.

7 thoughts on “The Other (Bigger) Lie”