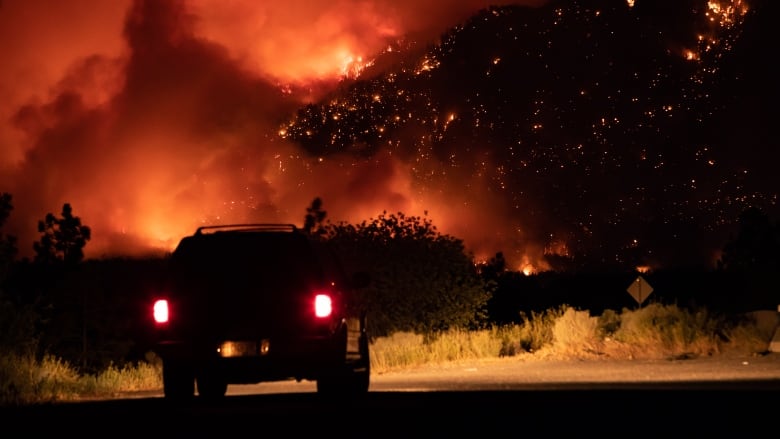 Working hard here, preparing for the total collapse of civilization. As large areas of the western United States burn up, other regions have experienced record flooding. None of this was unexpected. Repeated warnings went ignored and now Big Oil is floating more empty stupid promises about going “zero-carbon” (factual IMPOSSIBILITY).

For those that do not know, energy production (all forms, hydro, wind, solar, wave, geothermal and baby squirrels running in a roll cage) are not, and never will be “zero-carbon”. The illiberal use of this term and many more just like it are grossly misleading and dishonest. Big Oil knows this and will take advantage of the poor vernacular to perpetuate the biggest extinction even in human history (ours).

I’ve been busy digging hundreds of feet of water lines, laying pipe, grading ground and maintaining equipment. This activity burns more oil and spews more carbon into the atmosphere, just like all our trips to the supermarket. Nothing we do is going to avoid the consumption of fossil fuel or increase the planetary load of dangerous greenhouse gasses.

I just finished watching “Long Way Up” with Ewan McGreggor and Charley Boorman riding a pair of electric Harley-Davidson prototype motorcycles from the tip of Argentina to Los Angeles, a trip of about 12,500 miles. They proved that yes, it could be done on electric motorcycles, but not without enormous levels of support from diesel generators, support trucks (burning diesel), per-positioned electric power stations, and hundreds of people all flying back and forth (jet fuel).

I enjoy documentaries like this, but the carbon-free claims are 100% bullshit. They took two electric Rivian prototype trucks with them also as part of the support crew. The goal here isn’t to prove the possible, but to make a movie about trying this route (done tens of thousands of times before by others) with electric vehicles. They got it done, but not without breakdowns, failures and everything else you would expect. What they proved is that the technology does exist – but it’s still not carbon-free (and never ever will be).

I knew this going into the series, but I’m not brainwashed into believing all the bogus claims about zer0-carbon or electric vehicles are going to replace all of our petroleum powered machinery. Even the grease I used to lubricate the heavy machinery I’ve been operating comes from oil. Synthetics are available, but synthetics don’t produce themselves, they’re all manufactured from oil powered machinery. The list is literally endless, encompassing millions of technologies and inventions that we all take for granted. We live in an oil-soaked world.

So now when Big Oil promises us a hydrogen economy – know that they are lying through their teeth. We might eventually see some hydrogen powered machinery, but behind the scenes it’s all still being powered by petroleum energy, everything from mining the ore to building the factories to shipping out the parts.

That guy in Vermont that chose to live off the grid is now sitting in jail, having been evicted for being a squatter. The State didn’t like the fact that someone could live without the entrapment’s of civilization for so many years and set about making his life miserable, eventually culminating in his arrest. This is a repeat of our treatment of the indigenous throughout the world, they HAVE to become a component of industrialized civilization. Everyone is literally forced to participate. Nobody is “free” to just walk away and do without, not if they can find you, not if they can figure out a way to suck you back in.

This is the dilemma facing the collapse of our planet. We’re forced to “belong”, “consume”, and “contribute” to the destruction of the biosphere by virtue of simply being alive and wanting to have a place to sleep, food to eat and a means to live. They’ve made it illegal to own nothing, need nothing, want nothing. It’s more then just vagrancy and squatting or the so-called “destruction of public property” (building a cabin in the woods). They want to levy control over every thought, action and deed, literally governing you according to their standards and presumed “authority” to make you as compliant and cooperative as possible. Individuals that refuse represent a threat to the State, inspectors get pissed off, compliance officers intervene and soon enough you’re facing the barrel of a gun to force your cooperation.

That’s serious fucked up, and always has been. The only successful persons that have managed to go “off-grid” and stay left alone are those that have found that narrow path of compliance. They pay the property taxes, they don’t violate any local codes or ordinances, they don’t piss off their neighbors and steal their stuff, and they stay out of site. But they’re still in the system, which if it was benign and beneficial would be fine, but it is anything but. The system as I call it, is designed to gain the most cooperation from the most people. It ultimately serves and protects itself from outside interests (yours).

I visited my dying dad in the hospital and noticed that even there there was a fair number of non-masked people running around. The Delta variant is the latest deadly virus variant, but there is another called Lambda. I’m going to predict that COVID isn’t going to go away – EVER. Certainly not with so many ignorant and stupid people willing to be hosts and carriers for new virulent strains.

There is no doubt that we are globally infected with the plague of stupid. You only have to be slightly situationally aware to realize this fact. Too many stupid people doing too many stupid things, the end result is a civilization in collapse. Greedy billionaires and corrupt politicians and ignorant Trump cultists pretty much guarantee that we’re not going to “recover”. Too much damage has been done, and now it’s our turn for extinction.

I absolutely do not agree that we are going to “solve our problems” (any of them) and save ourselves from this insanity of self-extinction. We’ve lost the plot, we’ve forgotten what it means to be alive, to take care of what we have been allowed to use, and to limit ourselves in any way. The world is now overflowing with greedy, stupid, careless and indifferent people which will prevent us from addressing the root causes of our predicament. It’s not just deadly climate change which is absolutely certain to wipe us out, it’s deadly stupidity which will precede the mass deaths I fully expect from climate change.

You had damned well better get ready or you will find yourselves just like those fleeing the raging infernos. Deadly drought and water shortages will be a fact of life, as will devastating fires, floods and food shortages. Ignorant, stupid and careless people will get worse and worse resorting to violence and unrest. Incompetent and hamstrung governments will miserably fail to resolve anything. Major corporations will continue to trash the world faster and faster making endless demands upon the environment. Political theater will dominate the news “programming”, distracting billions from the terrifying unfolding reality.

It’s time to pull away and take interest in your own well-being and survival. Nobody else is going to do this for you. Nobody else can.