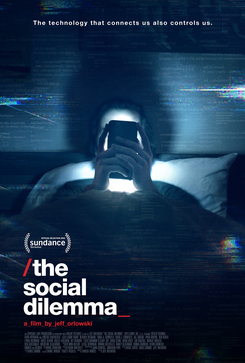 You definitely need to watch a fascinating Netflix video that just came out The Social Dilemma, “the technology that connects us also controls us”, which should not be under-estimated.

I highly recommend everyone watch this. In fact, this should be mandatory video for every human on the planet. Social media experts, the very people who designed this spider’s web of manipulation and deceit, weigh in on just how dangerous this has been for humanity and where we are now headed.

The downside is hugely significant on the ability of humans to even function normally in a normal world. But companies like Facebook and Twitter don’t care. They want you to play THEIR game (mind control) while raking in billions in profits.

Take the time (seriously), watch this video. This documentary encapsulates the source of many of our problems happening right now, and why the world has change so much for the worse. No, it’s not all the fault of social media, but if you want to grasp how and why the world changed so negatively in the past decade, this is where much of the problems originated.

Related: I just told Twitter to fuck off. They finally responded to my “ban” and my comments about Tucker Carlson.

And my post, Surveillance Capitalism. Stop being a controlled robot. Get OFF of social media and STAY OFF (for life).

One thought on “Social Media Manipulation”