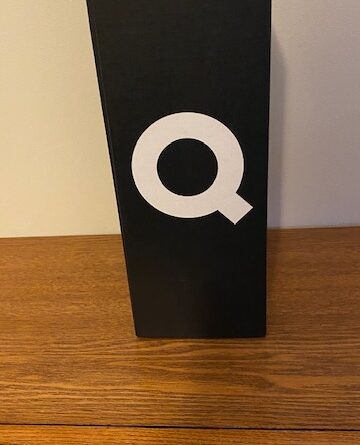 ‘Are you QAnon?’: One Trump official’s brush with an internet cult gone horribly wrong

Since 2018, many members of the cult-like group have been convinced that its shadowy leader and founder is actually Ezra Cohen-Watnick, an intelligence specialist who worked in various Defense Department jobs before accepting a senior post on the National Security Council staff soon after President Donald Trump came into office in 2017.

Of course Ezra Cohen-Watnick isn’t Q. I’ve always known who Q was and why the entire QAnon meme was totally fake from the beginning. And I have repeatedly told the readership that Q was fake.

I know this for a fact, because I started it. In just a few minutes, I expect to be overrun by the media once this gets out.

It was so incredibly easy to fool all these people, but it quickly grew tiresome as the months dragged on. Once the meme took hold however, it got easier because followers began to post their own Q-drops and engaging in recruitment on my behalf. In total, over 5,000 Q-drops were made, but not all of them by me.

I started Q with the sole purpose of exposing connedspiracy fans. Long-time readers will have read dozens of posts on this blog and my overall disgust with connedspiracy. I’ve hinted at my identity multiple times here on this blog and in the Q-drops I made, but apparently, nobody figured this out. I’ve left additional clues and hidden messages and meanings in my previous posts on connedspiracies and still, nobody seemed to catch on.

I even stopped posting on this blog so I could concentrate more on my Q identity. It was fun, for a while, but it then it became tiresome. The biggest problem was technical (keeping posts anonymous) and keeping people interested enough to the point that the meme took on its own identity, perpetuating Q without having to actually do anything myself.

Here is the original Q-drop box: 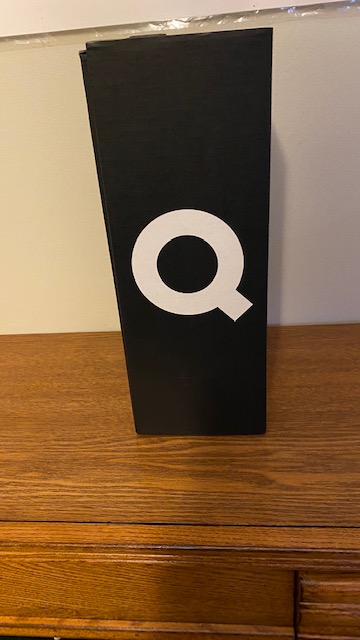 Inside, are all the important Q-drops (the originals). The good ones, that is. The rest, they’re not mine. They were created by QAnon followers.

QAnon originated in South Africa – now that the global cult is back here we should all be afraid. I’m not sure what to make of this story. I’ve never met Furber and he’s definitely not Q and I can prove it too – I’ve got the Q-drop box, right here in my office.

But now, I think Q has actually run its course. The meme is more dangerous then many people realize. Q needs to die and QAnon fans need to disband and disperse.

QAnon believers are in disarray after Biden is inaugurated

For the record, I personally never made any money or profit from Q. None of the posters, flags, t-shirts, hats and other Q-paraphernalia have made me a single dime. All of those activities were done by other people who I do not even know. My only job as it were, was to create the illusion of Q. The Satanic cabal of pedophiles and Satan-worshippers bent on undermining Trump was reverse psychology experiment on a global scale. If enough people could be persuaded by Q to believe in a connedspiracy like this, revealing themselves to be unstable and easily manipulated, the rest of the voters would not and would be certain to NOT vote for Trump.

You read that correctly – the goal was the 2020 Election. Donald J. Trump was actively undermining and destroying the United States of America with his policies and behavior. COVID-19 proved how unfit Trump really was for office, but even prior to this fact, I knew Trump had to go, and Q could do it. Four more years with Trump in office would have destroyed the United States for good. Q had to move quickly, elevating the rhetoric and the claims into a frenzy of expectations among QAnon followers.

Which is exactly what happened. The QAnon meme grew weirder and weirder, eventually culminating into enough people being turned off to vote against Trump by November 2020. They were convinced the QAnon movement was fake, and they were right. Meanwhile, QAnon’s operating now in an entirely different reality decided that Trump had a ‘master plan’ that would finally be unveiled later this year validating their belief in Q. But then Trump actually lost the election.

What was Q to do? Double-down and claim that it was part of the ‘plan’. Trump would prevail, QAnon’s just had to keep the faith and stay the course. But by this time, there were too many people pretending to be Q themselves and the meme took even stranger turns. Calls for violence and unconstitutional actions against the election were made (not by me) and QAnons morphed into a deadly movement that were part of the the Capitol attack on January 6th of this year.

I was done. Q had to be unmasked, but not before the inauguration because it had to be demonstrated that the Q predictions and claims were demonstrably, irrevocably false. This was the only way to kill Q and the QAnon movement.

Today is that day. Joe Biden was sworn into office as the 46th US President. Donald J. Trump was sent packing. QAnon’s need to disband and and disperse. Q is done.

Eventually, I will probably write a book or maybe I’ll even get a movie deal, but for now, Q is done. I desperately need a break from the madness this has caused. Goodbye to all.

One thought on “Shhssh! The Identity of Q Revealed”