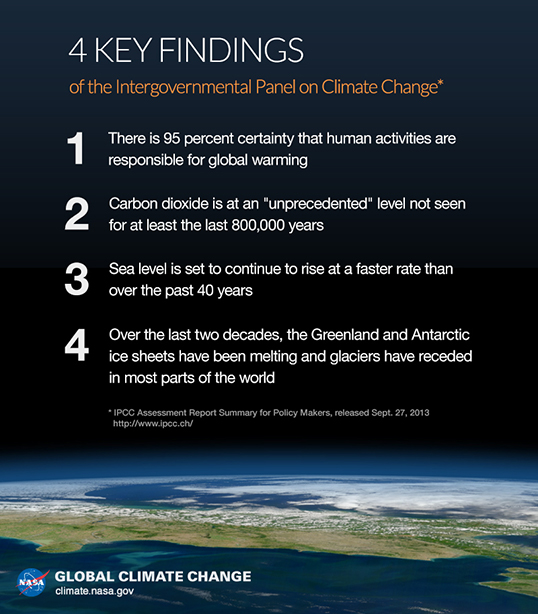 The newest IPCC Report is coming out on Monday: The world’s top climate scientists have a new warning for Washington

Congress is preparing to order the biggest U.S. investment in history for fighting climate change — hundreds of billions of dollars to clean up the power grid, fortify ecosystems and wean American drivers off fossil fuels.

But scientists say it won’t be nearly enough.

Every single word was wrangled over in the latest Report in a misguided attempt to convey a “stark warning” to the world’s lawmakers. It won’t be nearly enough.

For the next two years, we’re going to be reading about the findings in the Report, about how threatened we will be if climate action is not taken up immediately. It won’t be nearly enough.

Endless discussions and pundits will author articles and spin scary scenarious about the threats to our civilization using the information found in the Report. It won’t be nearly enough.

How do I know this? Because historically, none of the IPCC Reports have ever been taken seriously by the world’s governments and industry. Endless excuses and delay actions have been foisted upon the world’s citizens to “justify” that urgent action wasn’t desperately needed – twenty years ago. Thirty years ago we already knew that deadly climate change could wipe out civilization, but did nothing. The IPCC was created in 1988 and for all of these years, not much has changed, despite extensive posturing, promises and empty lies.

I have not read the latest Report, I do not need to (but will). It would not matter at this point if the Report stated that humanity has just six months to turn this around, the world would still not take effective action. Both industry and Big Oil have already made that clear, ignoring their own internal studies and findings. They’re proclaim that there is still plenty of time to fix the unfixable. They’ll do all that they can to dissuade anyone from becoming too alarmed. They’ll lie through their teeth like they always do.

If you want to know what will be done, just go examine what has been done. The empty promises, the endless lies, the delayed actions, the constant growth, the incessant consumption, the inherent design to perpetuate the status quo and vested interests. Small steps around the world have been taken – but you get the drill, it won’t be nearly enough.

Anyone who tells you otherwise is either an ignorant fool or is lying. Nobody has ever shown how all of the missing ice is going to be magically returned to help restore the gargantuan energy imbalance, or even proven that it is even slightly possible. Nor have the demonstrated a means by which we can recapture deadly greenhouse gasses now circulating in the global atmosphere or the world’s oceans. Supposedly, if we just go to a “low” or “zero” carbon “economy” (a euphemism for more lies) we’ll be ok. No, we will not, not even close. Trigger events around the world have already tipped off and there is no stopping any of them now, we waited far, far too long.

On the economy – this is the buzzword which actually means “deplete the planet” of essential habitat, resources and energy for exclusive human (temporary) use, until it is no longer possible to continue this practice. That is the best definition you will ever read on what the human “economy” actually is.

The economy has nothing to do with human survival and everything to do with extreme consumption. That’s why you’re all called “consumers”. You’ve EACH have been conned into becoming a profit engine for corporate enterprises, what I prefer to call “connedsumers”.

You can’t help it. They made damned sure of that, making it illegal to live without the control of the State. They systematically wiped out the indigenious populations that had comfortably lived on the Earth for tens of thousands of years without destroying the ecology. Then they put a price tag on virtually everything, enslaving billions to work in their factories, farms, businesses and industries in order to buy all that you would need (or desire). Non-compliant persons were targeted and eliminated (liquidated). This economic “arrangement” also required fiat currency where the money makers could fabricate money out of thin air (fractional reserve banking), vastly enriching themselves millions of times over.

The global injustice of this system is far beyond a few paragraphs. How do you accurately describe the enslavement of billions of people, and the destruction of the entire biosphere on an entire planet? The yearly deaths of trillions of creatures for the sheer pleasure of humankind? The endless wastes and toxic pollution? The poisoned seas and the very atmosphere? I lack the words, but not the horror.

The IPCC Report will change nothing. The world’s governments are too far gone, too cowardly, too craven, too greedy to change our civilization. So are most people. Nobody wants our civilization to collapse, or “do without”, but that is exactly what is unfolding right now. You cannot fix the unfixable. There are indeed some things humans simply cannot do. We cannot stop the rotation of the Earth. We cannot restore the missing ice. We cannot capture the hundreds of billions of tons of carbon already released into the atmosphere and oceans. We cannot “stop” climate change. They’re all LYING and they know it too. I’ve been slowly working through the lies, bit by bit here on this blog.

We are now “stuck” with the worst-case scenario outcomes penned here and elsewhere, even by some brave climate scientists. Know this by heart. Know this in the bottom of your soul. Hell has been unleashed upon the planet through the careless actions of billions of humans, but mostly because of greedy corporations exploiting every possible opportunity to make obscene profits. Temperatures will continue to climb year-by-year breaking previous records. Heat “waves” and heat “domes” are the new normal, along with deadly fires, extreme weather events and failing crops. Billions will suffer from heat stress, food shortages, power outages and global disruptions. This is literally “baked in” now, irrevocably and irresolute – nothing will change this.

Civilization still requires a massive catastrophic readjustment which will happen no matter what we do. It would be best to plan and prepare for this adjustment, but even if we don’t, it will still happen. Humanity will have to find other ways to survive going forward. The civilization we know today will be diminished, year-by-year until what is left will be drastically different then what we have today as billions of humans find it impossible to survive.

2 thoughts on “Scientists Say It Won’t Be Nearly Enough”