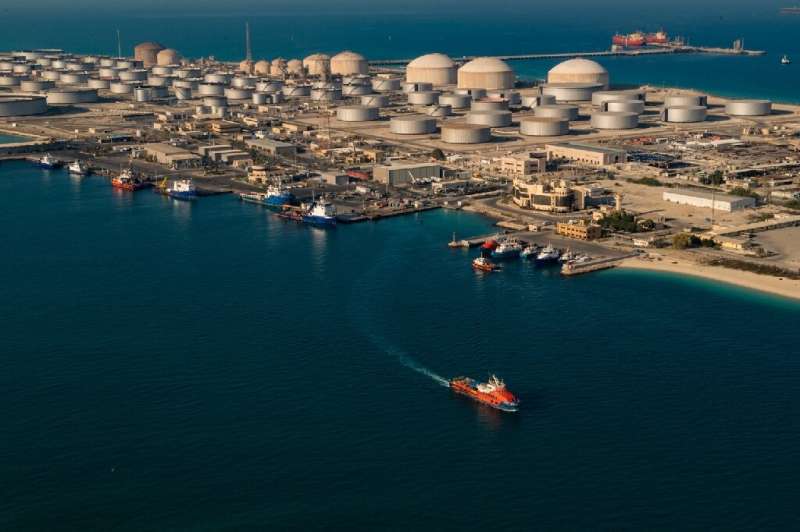 In an utterly ridiculous claim, Saudi Arabia promises something that they can never, ever deliver unless they cap all of their oil wells – Top oil exporter Saudi Arabia targets zero carbon emissions by 2060. Phys.org should be ashamed of themselves for publishing such lies, but probably isn’t. Not the first time I’ve seen this website promote complete falsehoods.

Without checking, Saudia Arabia’s oil reserves will be in complete collapse by 2060, thus accomplishing their pretended goals of “net zero”, a dishonest term if there ever was one. The ONLY thing that has kept the kingdom ‘afloat’ is the sea of oil they’ve been draining dry and all the insane ‘investors’ hell-bent on creating an oasis in a dusty desert where even water is more precious then oil. Desalinization took care of that – as long as the oil flows to create the intensive energy needed.

The morons that wrote this article want you to believe this:

Saudi Arabia is estimated to emit about 600 million tonnes of carbon dioxide per year—more than France and slightly less than Germany.

What they won’t tell you in the hundreds of billions of tons of Saudia Arabia black death that is being burned yearly elsewhere. See, that’s how you do “net-zero” crapulations – you lie about what you’re really producing and offload your real emissions somewhere else. It’s a scam and always will be.

What you didn’t and won’t read is what has been obvious – LEAVE IT IN THE GROUND.

This is yet another propaganda piece pushed by a science-based website. If they didn’t publish this, undoubtedly someone else with the same low-expectations and integrity would have. Lying to the public is completely normalized.