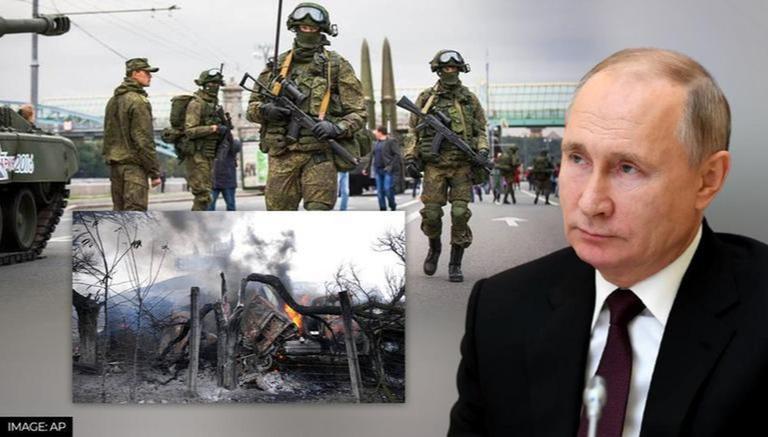 Russian officials issue stark warning to the West. I don’t plan to try and document in any depth or detail what is presently unfolding, as the barrage of information pouring out is an impossible task to follow completely, let alone share with everyone.

Instead, I’m going to point to specifics (at times) and personal observation and opinion about what I think is unfolding for the world. None of this will be “useful” to anyone unless you are following along yourselves, keeping abreast on both the news and the direction things are going.

I have no interest in persuading anyone to anything, the last twenty years of blogging demonstrated the futility in trying to do that.

Russia is headed for a full-scale war with the West. Of this I have no doubt. The only way to defuse this situation would be to get Russia to withdraw from Ukraine, hold Putin accountable for his crimes and Russian leadership to reign in their military objectives.

There is no quick solution unless Putin were to be assassinated. Western countries have done this numerous times, always with claimed justifications and pretexts, so it’s certainly doable. I doubt very much that this would result in any “nuclear blow back” should that happen, but it would result in a great deal of further chaos and fighting, which would end when Russia just accepted the new reality. But this is unlikely to happen unless Russia itself removes Putin, but Putin has long had a huge death-grip on Russia, including the entirety of the Russia leadership.

This is why Trump always admired Putin (along with being a rabid fool), Trump always wanted to emulate the man but lacked the courage to do so, being venal and incredibly selfish. Trump fans are still being sucked into Trump’s lies and deceptions, even endorsing Putin as a leader and a strongman because like Trump, they are weak and cowardly in real life. They want an autocrat and fascism to rule over everyone else and refuse to accept any personal responsibility for their own actions. In any case, I digress.

The situation with Russia is deteriorating rather quickly in my opinion and I do expect things to get much worse. Putin has grossly miscalculated the resolve of Western democracies to resist his ambitions, but having said that, they are still failing to act decisively enough. Putin has already lost the propaganda war, but that’s not going to be enough to defeat him, it’s going to take a lot more then the world’s derision and sanctions to end his reign, which is exactly what needs to happen. He needs to be ended in exactly those terms.

Russia is at the present, “going all in” in an effort to persuade the West to back down. I doubt very much that this is going to work or be effective as they may hope. This will undoubtedly result in even more conflict and fighting, most likely drawing the West into direct fighting with Russia.

We can hope that Russia will stop Putin themselves, but somehow, I think this is unlikely.