Russia has attacked Ukraine in an unprovoked act of war. Attacking from four sides, Ukrainians are now being murdered by invading Russian forces.

Most of the world’s countries are acting indecisively and miserably failing to adequately even label this aggression for what it already is – war crimes. Vladimir Putin is likely counting on this indecision, especially in the early days of the invasion. Threats of sanctions didn’t work as hoped (of course, that was obvious to me). More threats and more sanctions won’t restore Ukraine or the lives now being lost either. This pathetic response by most of the world’s government is a sign that they are unwilling to do much more until huge numbers of people are dead. 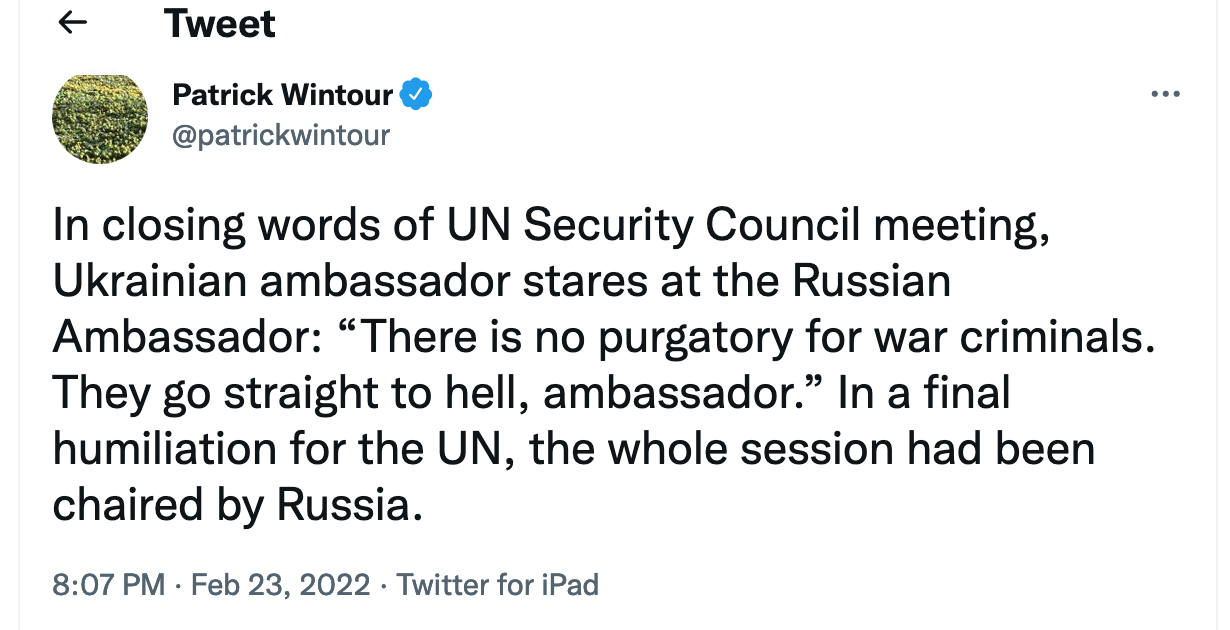 American news hosts on right-wing stations are supporting Putin’s murderous agenda. Putin has violated international laws and claims of “self-defense” are entirely bogus. Ukraine posed no threat to Russia whatsoever and never has.

Planned “sanctions” to “punish Russia” appear to me to be incredibly weak and pathetic. Apparently, mass murderers are allowed to do whatever the hell they want and will simply receive a slap on their economic wrist which won’t hurt them in any way, it will be the people of Russia that will be punished by such actions while the murderers at the helm get away with their war crimes.

This is a time when watching screens will be relevant and important. I don’t listen to any of the talking heads and stupid “narration” being spewed by media hosts, because they’re ALL guilty of trying to create a narrative that suits their particular bias. I suggest you don’t either – if you don’t READ what is being posted, you’re going to be badly influenced by the endless propaganda being spewed from the speakers.

Remember who does what. Remember who say’s what. Remember who supports what. I am appalled at the pathetic cowardice being exhibited and the right-wing American fascists that are supporting Putin’s actions. Ukraine has the right to self-determination, which they exhibited by voting to be an independent country, tossing out their Moscow puppets. It is irrelevant that Putin refuses to accept this and thinks that aggression and invasion is his “right” – it’s not.

I’m also appalled at how numerous countries are refusing to even condemn this attack because they are either beholden to Russia is some way or they don’t want to piss off Russia. Fuck Russia. Fuck Putin. You stand up to bully’s and tyrants, you don’t get on your knees and suck their dicks. Examples of this include China, Israel and the Vatican:

The Vatican has been loathe to call out Russia by name, for fear of antagonizing the Russian Orthodox Church, a key focus of Francis’ ecumenical efforts.

Countless Americans are now whining about “gas prices” in incredible acts of selfish “exceptionalism”. Ukrainians are being murdered and you’re worried about the price of gas? What the fuck is wrong with you?

The United States is just as guilty as everyone else. Worse, the United States engaged in overt acts of aggression multiple times in recent years against foreign nations, murdering their troops and civilians under the pretext of self-defense and terrorism, so we have no moral high ground here either. The cowardice of the United States and most NATO countries exhibited so far is perplexing but expected. Ukraine was not yet a member of NATO and that wasn’t expected for a few more years. Putin has taken decisive action to see that this doesn’t happen, but the real goal here isn’t about Ukraine joining NATO, it’s about food production and energy supplies – which Ukraine has an abundance of.

This is what I told readers would happen long ago – nations when fight other nations for dwindling resources. All of those caught in the cross-fire of warring nations would be ground into powder, sacrificed on the altar of greed, power and control. Refusing to limit growth, consumption and energy would inevitably result in war. We will also see war over food and fresh water supplies in the coming years.

I suspect we are seeing the opening salvo’s of a regional conflict that will eventually grow beyond the borders of Ukraine and include Maldova and other former satellite nations of Russia (many who are actually now NATO members). An attack on one of these is an attack on all and NATO is obligated to respond. Should that happen, we are definitely looking at World War III.

One thing is for sure – this type of “protest” is downright laughable if it wasn’t so damned tragic: 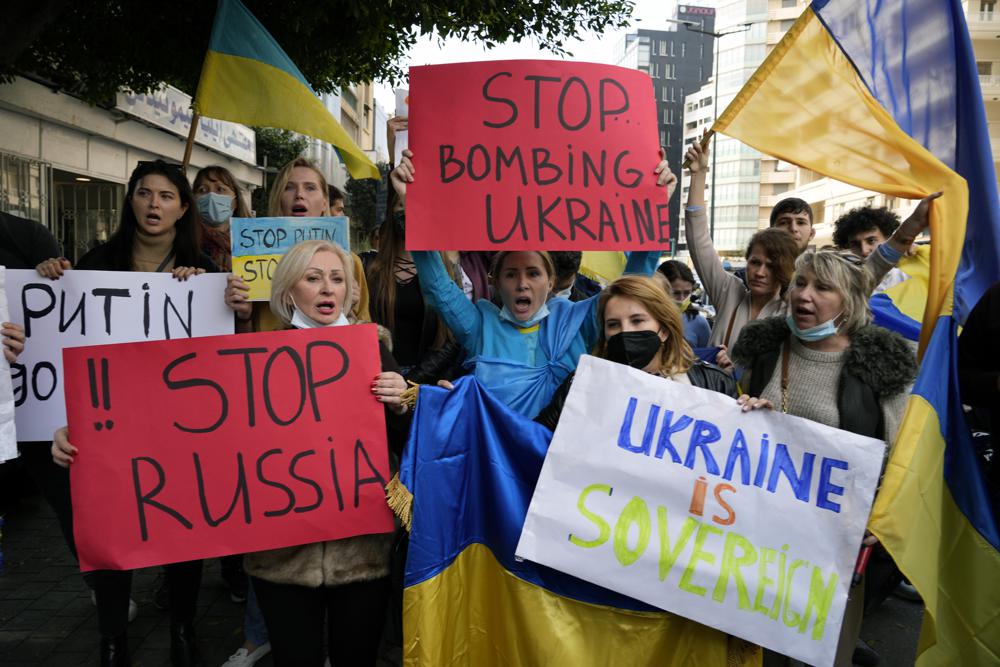 If you really want your governments to do more then pass the buck and impose sanctions, you’re going to have to do a lot more then this.

This video link shows the buildup (and some of the lies Putin told) around Ukraine.