Everybody has heard of Plan B.  Most of us have had to resort to our “plan B” when things didn’t pan out the way we thought they would the first time.

Most of us know by now that whatever our Plan A was for our lives, this didn’t work out exactly as we thought either.  So we moved on to try plan B, or C or D and so on, until we got our feet underneath us and made some sense to our lives.

Whatever “plan” in your life that you’re still working on, I’m here to tell you that it’s going to change again.

There are two worthwhile developments to consider for your next “Plan B”:

Be sure to play around with the Google TimeLapse.  You can zoom in on your area by clicking on “Explore the World” and see how your own neighborhood looked a few decades ago.

When it had trees.  And fewer people.

I looked at several locations where I’ve lived.  It’s pretty clear — we’re “browning the Earth” with human activity.  Nothing is as “good” as it was just 29 years ago. In fact, it’s quite a bit worse than it was back then.

The satellite view presented is pretty interesting when you realize just how much land has been taken over.

But wait…. whoops!  There is no Plan B.  Humanity doesn’t have one. Uh oh…. it was full-throttle to the stops forward all these years… we don’t have a “reverse” on the gear shift, just “fast, faster and fastest” until we achieved warped speed in overdrive in reckless abandon…

Pretty clear to me, with all the news I try to digest that we’re in pretty big trouble.  A good sign is how they have to pretend to keep “helping us” while really trying to control us…. a sure sign of the decay of civilization – and desperation.

Governments turn inwards when they’ve run out of options outwards….

It’s hot and dry here. No rain.  No spring either.  It’s summer already.  Over 25 degrees hotter then normal.  Not good. Not “normal”, unless you realize that the new “normal” will be very different then the old.  Those of you who have had to swim your way to safety this month will already know this. And those of you that have had freak snowstorms and had to shovel your way to your car will know this.

The truth is, there never was a Plan(et) B and never will be either.  Not in this life.  As it turns out, we live on the very edge of habitable zone on this planet and have since it cooled down enough for life to develop. It didn’t take much to whack things completely out of kilter.  We didn’t realize this fact until very recently, but now that we do, we are belatedly aware of just how incredibly easy it is to screw things up for ourselves.

Unfortunately for all of us (the entire biosphere), it’s getting worse: Antarctic methane peaks at 2249 ppb 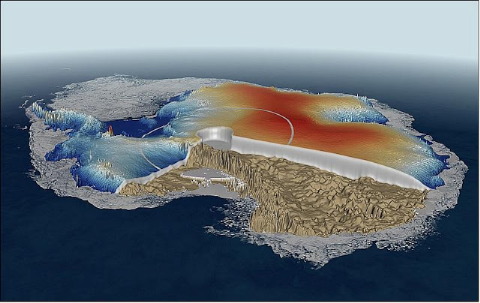 This, and many, many other sign-posts being reported every day, are telling us the same story (if we would but listen).

None of us have a “choice” here, although we continue to act like we do… time to wake the f*ck up…

Well baby, these are the end of times….

I’m not optimistic about what we’re facing. I do not believe or practice “hopium”. If I dare attempt to place a comment on a climate blog, it’s rarely posted, because it almost always points out the fallacy in the “logic” that hypes up how we’ve still got the time, tools, technology and bucket fulls of hopium to toss onto the scorching planet…

There are various “popular” climate hawks out there who are still trying to claim that we have a Plan B.  Short of a massive volcanic eruption to blanket out the sun and dump trillions of tons of aerosols into the atmosphere, I’ve not seen a Plan B that I can believe in.

The problem as I see it, is that several tipping points have already been passed.  Nothing can or will reverse these in time or on the scale of several human lifetimes (at a minimum), and therefore, we and especially our children are quite frankly, screwed. No Plan B. Hopium will most definitely not put out the fire…

Mitigation and adaption are the only real options now, accepting what will happen without a doubt.

This is not an “answer”, but it is a tactical response to a growing threat.  Nobody knows that when they go to war they will win, but they prepare to fight the battle anyway. This is what we need to do now. Mitigate our effects (emissions) immediately, and adapt as fast as humanely possible.  It may not work, but it needs to be tried anyway (and it will, survival always forces us to act in our own best-interests, at least for a time).

I expect more draconian legislation to come forth from the powers on high, when they finally pull their heads from their nether regions and realize that something must be done.  It won’t be pretty.  Americants will have to make some adjustments in their pampered lives… but the real cultpricks [sic] is industry and especially Big Oil and the energy industry, which needs to be shit-canned yesterday.  While I like having electricity, I also like being able to eat a whole lot more… and it will come down to that in the end.

Lots of talk about the growing solar, wind industry, but Jevon’s Paradox will see to it that any efficiencies gained will be squandered away by spending even more energy… it’s what we “do”, not knowing or understanding much else (still).

The only real hope is to embrace a new paradigm, a new method of living that adapts your lifestyle to low-energy impacts. Stop having babies would also help almost more then anything else… I’m going to get my own kid a cat…

Anybody thinking about raising children in the hellish future we’re facing will have plenty of time to wonder about the wisdom of that decision. Industry and government still hope you have a houseful of cannon fodder (more connedsumers and taxes for them to collect), but I don’t. I hope you scale back — on everything as much as possible. It’s past time to practice some serious conservation and start assessing how in hell we’re going to survive what lies ahead.

None of us, not a single human soul on this planet, is going to get what they want. It’s too later now for that.  Our best Plan A and Plan B will not be adequate. Climate collapse will not leave a single human untouched. It will affect us all with either drought, flood, high prices, devastating storms, disease, infestations, availability, jobs, relocation and even homelessness.

Already there are tens of millions of climate refugees – a number that is rapidly growing.  Drought or flood victims in the United States are climate refugees if they are displaced. The recent news reported by Fire Earth reports deadly flash floods, in Somalia, Kenya, Uganda, Iowa, Michigan and Illinois with another 62% of the US in drought conditions and disaster declaration this year in 119 counties already (still climbing and it’s a long ways still to 2014). There’s even a biblical locust plague affecting over 9 million people in Madagascar….

Exactly what do people think they are going to eat when it’s becomes impossible to grow crops?  This is going to be the #1 problem for humanity. It’s the kill shot for 9/10ths of the population.

I often think that these warning repeatedly fall on deaf ears, but then someone will call and tell me that this blog has changed their life. Two calls like that this week…. I don’t know what to say, other then “thank you”, I’m glad you are finding something of interest. I hope it helps… I really do.  My deepest desire is to made a difference in the lives of those who will try to survive. The rest…. well, let’s just be honest here…  the rest are going to die anyway, having taking no thought, time or effort to prepare for their collapsing future.  Survival is simply not part of their “plan”, A or B. There is nothing I can do about it.

It’s been a very tough week. But some of you have had an even tougher one. I hope you made it through ok.