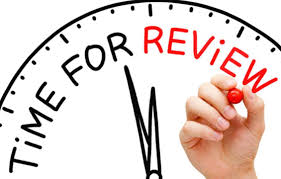 2020 has been a very strange, very deadly year. A year which has reached the pinnacle of stupid, or “Peak Stupid”, exhibited by millions of dumb-shit Americans acting like selfish animals. And why not? The President of the United States set the worst example of them all, exhibiting staggering levels of stupidity, arrogance, deception and lies that has already killed hundreds of thousands of Americans so far. Today, the death toll stands in excess of 338,000 342,000 dead Americans.

Public health experts have concluded that the actual number of people killed in the U.S. by the coronavirus is probably much higher. Many more Americans will have shortened lifespans from complications caused either directly by the virus or indirectly by the conditions of the pandemic.

The pathetic explanations that this was all “unpreventable” are provably false as other countries successfully protected their citizens and NONE have had the same rates of death as the United States. Americans however, were saddled with an Idiot in Chief who utterly ignored the early warnings of the pandemic, then repeatedly lied about the risks to the United States, and continued to refuse to take decisive actions for months. Dereliction of duty would be an appropriate term for the early months, and this is exactly what is transpiring in the final months of 2020, as Trump screws away his Presidency playing golf while tens of thousands of Americans die.

Trump has been at his Florida resort since before Christmas, playing golf, sabotaging relief efforts and waging a last-ditch campaign to overturn the results of the 2020 election.

Hollywood apocalyptic movies are usually designed around either cooperative survivors doing everything they can to survive, or the exact opposite, with roving murderous gangs going after everyone, even turning on each other. Well, Hollywood got it wrong. The 2020 apocalypse was about how stupid we could get.

Approximately one-half of the population has an affinity for selfish behavior. Within this subspecies of fools, morons and connedspiracy theorists, 65% or so are angry, violent assholes who operate on an entirely different reality then the rest of humanity. These are the worst-of-the-worst, plotting revenge attacks and angrily denouncing the 2020 Election that resoundingly defeated the worst President in U.S. history.

My rough estimate is there are about 50 million of these stupid morons, unwilling to accept the results despite repeated failures in U.S. courts to illegally overturn the election. The lack of evidence has not stopped them from venting their connedspiracies and setting up their own news outlets where they can bitch and bash in the alternate reality they’ve fabricated for themselves. They’ve donated millions of dollars to the effort, apparently too stupid to realize that their money is just lining the pockets of the grifters like Trump and Cruz and numerous others. Meanwhile, the rest of the country, and most of the world has already moved on, all too happy to start putting this sordid episode of nationwide stupidity to rest.

Month after month, just when we think it couldn’t get any worse, it still managed to happen. Close examination will reveal that we’re bringing all of this grief upon ourselves. The refusal of Americans to do their required part to mitigate the pandemic has cost hundreds of thousands of American lives so far, and it’s not over, not for at least another year or more.

If you measured our nationwide behavior at this late date in the year, you’d would wrongly assume that almost nobody had actually died. Clearly, hundreds of thousands of deaths don’t change behavior among the willfully stupid, and probably never will no matter what the “number” really is.

The impeached President, Donald Trump, combined with the toxic trolling of roughly 50 million “stupid” Americans, a global pandemic, and unemployed millions and rabid disinformation “news” networks and social media connedspiracy channels, have created a “Peak Stupid” population like none ever experienced before. I don’t think anyone, not even me, thought it could get this bad, but yet it did.

We are all experiencing the results of a stupid population, dragging down the entire country with their asinine antics, poor behavior, ridiculous rants and violent tendencies. So far, it’s proven to be very difficult to educate these fools to facts and reality, which they conveniently keep choosing to ignore, leaving us saddled and saddened with their useless dead weight, bad behavior and incessant bitching. These pathetic children deserve our utter contempt at this point, having done little to nothing to help mitigate a national problem that is affected us all.

Joe Biden (President-elect) has stated that he will mandate a 100-day mandatory mask requirement once he takes office. THAT will be the signal for the pathetic fools to go absolutely ape-shit, if not before. They’re already planning more protests and ‘events’ on January 6th and January 20th which nobody can accurately predict.

Donald J. Trump is doing his satanic best at destroying this country, passing a flurry of dubious pardons for convicted criminals and extended family members, pardoning murders and convicted felons, rushing through legislation and decrees to ensure that the incoming Administration will spend months trying to unravel the gigantic shit-storm he’s unleashed. If he can’t be President, then we can’t have a democracy either, proving that his traitorous heart is as evil and as corrupt as many of us think it is.

Many people have set high hopes for 2021. I caution you – be careful with this assumption. There is no certainty whatsoever that 2021 will be any better then 2020. On the one hand, we’ll finally be rid of that idiotic deadbeat in the Oval Office, but we’re still saddled with the traitorous Republicans who were amazingly reelected while Trump was not. And we still have those 50 million staggering fools to consider, still in the midst of a global pandemic. Nobody actually knows whether or not the new vaccines will work as claimed, whether or not there will be any undetected side-effects, whether or not mutant strains will prove to be more resistant to treatment, or even if something “else” cataclysmic lands on the horizon.

Anything could happen and probably will. Connedspiracy theory has drastically increased despite failing to prove itself thousands of times over, and some of these angry idiots have decided to take matters into their own hands. 2021 could be plagued with unrest and violence. Even now on his way out the door, Trump is waving the drums of war, flying the giant blunderbuss B-52’s over the Gulf.

Exhausted doctors and nurses and hospital staff are in severe trouble, threatening to just quit and give up: “Those of Us Who Don’t Die Are Going to Quit”: A Crush of Patients, Dwindling Supplies and the Nurse Who Lost Hope. I think we should stop offering patient care to all of those fools and idiots that have refused to stay home and refused to wear a mask. These are the clowns that have deliberately perpetuated the pandemic, consuming critical resources during a national emergency when they get sick. Why reward their arrogance and stupidity? If they don’t care about their own lives, why should we?

Who could have guessed that Americans by the millions would have embraced deadly selfishness like this? I did, years ago, but not on this scale. Apparently, the “greatest country on Earth” has several severe character flaws, along with massive levels of incompetence by government officials and the President himself. But is any of this really a surprise? It depends on how you think, was the glass half-full or half-empty? Optimism has its place (when deserved), but so does pessimism and the pessimists like me were right. We aren’t who we think we are.

Frankly, I feel VERY pessimistic about 2021 for numerous reasons. Maybe it’s just because of everything I’ve seen and having confirmed. But to me, it feels like it is going to get much worse then it already has, which isn’t probably the news you were looking for. My own internal alarm bells are ringing all day and all night now and I can’t fully explain why I feel this way. The climate is still rapidly spiraling towards non-viability, and the environment is still collapsing faster and faster, although I haven’t posted many articles on this for the past few months. But my personal fear is rooted in what people are going to start doing to each other. There are already increased acts of violence, murder, mayhem and crimes taking place. If the incoming Administration doesn’t swiftly provide some relief and a way to defuse the anger and let’s just be honest here – appease the idiots – then we’re possibly looking at some civil unrest that will make 2020 seem like a picnic in the park.

I’ve shared these thoughts with my wife. I see dark clouds on the horizon. Not hope, not optimism, not redemption, not even a “second-chance”. Trump has unleashed the hellish nature of millions of people who know that they have but one chance now to act. I’m expecting that to happen.

We can define civilizational collapse as a process wherein most recognizable large-scale institutions of a society vanish, coupled with a drop in material wealth, a drop in the complexity of material artifacts and social forms, a reduction in travel distance and physical safety of the inhabitants, and a mass reduction in knowledge.

Counting this list, we’ve accomplished the drop in material wealth, reduction in travel and physical safety, and a mass reduction in knowledge. That’s 3 out of 5 “requirements” for collapse.

I’ve read a number of good books and tons of articles on this topic, but still find them all somewhat lacking in breadth. Not everything can be fully categorized and put into neat little boxes, some things just defy description and understanding. That’s probably because we now find ourselves in a position that we have never been in before. The general unrest, anger and propensity to act with violence combined with a pandemic, massive job losses and severe unemployment, food lines and people going hungry, children stuck at home and a new Administration trying to unravel the mess of the last one – well, we’ve just never been here before.

I think Peak Stupid is here to stay to be honest, for quite some time – probably for the rest of your lives. And I think that this is actually going to get a lot worse as defiance of reality, rejection of facts and science, and refusal to cooperate gain more traction. This alone will cause enormous disruptions and more deaths, but add Peak Stupid in with climate chaos, environmental decline, a global pandemic, massive job losses, huge levels of unemployment, staggering levels of bankruptcies and homelessness and the refusal of tens of millions to accept the new President and help do their part, well, we’ve probably got another bad year ahead of us.

We haven’t seen the end of Peak Stupid, or Peak Problems, 2021 will probably be worse then 2020 was.