The Pakistan environmental collapse disaster is still growing, as flood waters continue to increase.  Already, over 20 million people have been displaced (22% of the country).  175,000 people left Thata literally overnight. 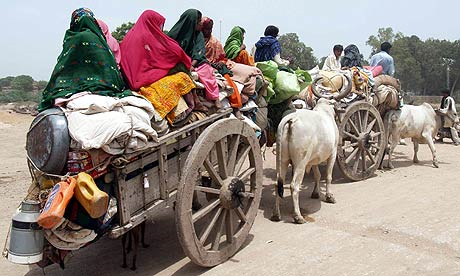 Imagine the United States with numbers like that.  A river of refugees.  Hard to believe, but the images coming out of Pakistan are too real.  The human tragedy is heart-breaking.

I’ve seen rampant speculation that divine justice is being meted out against Pakistan, but I doubt that. Environmental collapse will happen faster in low-lying areas that are unable to deal with a massive influx of water from the sky.  Pakistan’s notoriously poor flood control system didn’t help either. 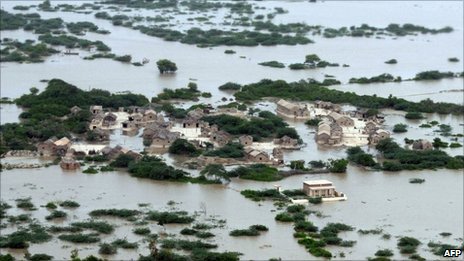 But it does look, sound and even ‘feel’ Biblical.  Pakistan is facing a whole series of disasters now, as food, water run out, and disease and outbreaks of violence occur.

The Guardian has a pictorial slide show you can watch.