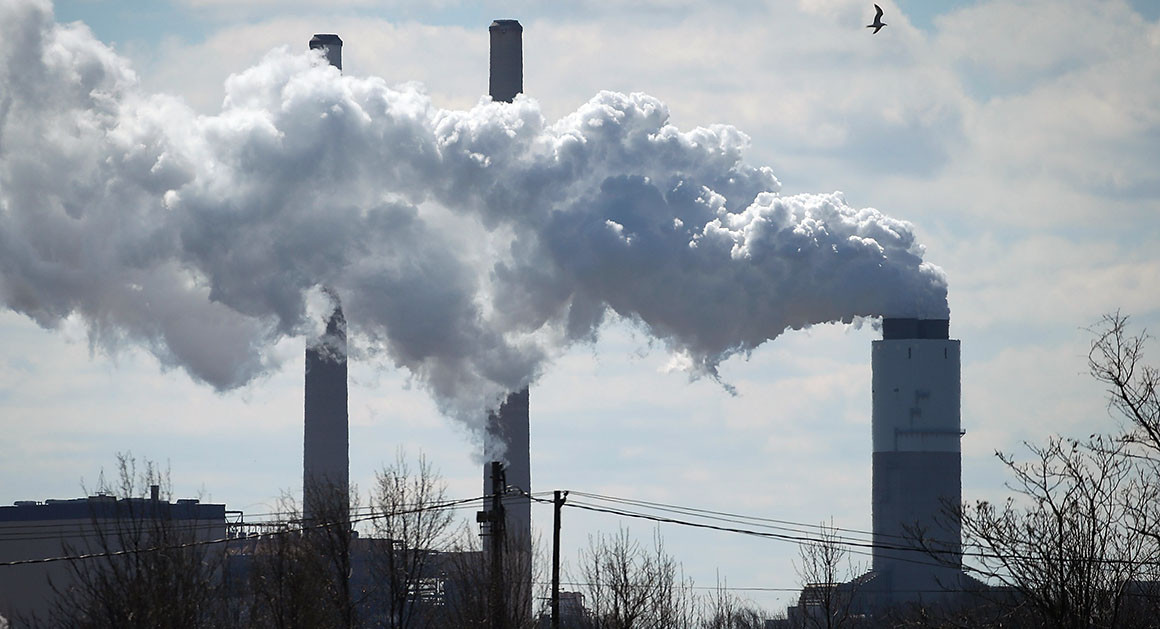 We all probably know that Trump refused to keep America within the Paris Climate Accord (the formal withdrawal date just expired), a topic that if you follow climate news, got most of the attention.

But what has received far less attention is the 100+ environmental regulations protecting both the Earth and humans were dismantled under Trump.

Trump was a complete disaster for clean air, clean water and lower greenhouse gas levels, which have continued to escalate. Like most things Trump did, he wrecked our chances to reign in carbon emissions by doing his damnedest to ignore science and health warnings. It’s been said that there isn’t a climate law that Trump didn’t hate, but he claimed credit for America’s clean and clean water – rulings which ALL happened long before this orange shit-stain ever took office.

Many of  Trumps deregulation demands wound up in the courts, with the vast majority of these courts cases failing (Trump lost). But that didn’t prevent Trump from doing irreparable damage to science agencies, Departments and the state of research. It will take more then four years of conscientious leadership to undue the Trump train wreck.

Five of Trump’s disasters if reversed, could withhold an additional 1.8 to 2.1 billion metric tons of greenhouse gasses from being released into the atmosphere.

Grist has an article on this too:

Just a month before he won the U.S. presidential election in 2016, Donald Trump vowed to spend his time in office systematically slashing government rules. “I would say 70 percent of regulations can go,” Trump told a crowd of town hall attendees in New Hampshire. “It’s just stopping businesses from growing.”

Now, four years later, it looks like Trump did his best to keep those promises. Over the course of his term, Trump has erased or watered-down dozens upon dozens of regulations designed to keep pollutants out of the water, air, and soil. He has allowed oil and gas companies to leak planet-warming methane into the air. He has told power plants that they can keep emitting dangerous levels of carbon dioxide. If all those rules stand, according to one analysis, they will be responsible for 1.8 billion metric tons of additional greenhouse gas emissions by 2035.

I still believe that climate change is going to be an extinction-level event for humanity, because we have miserably failed to protect the future for our children. But I also believe that no matter what, we need to keep trying as the outcome isn’t guaranteed.

Four more years of Trump would have cemented that likely extinction even further, with an epitaph reading “The Legacy of Failure” resting on top of Trump’s rotting corpse.

Biden has the chance to do something different – let’s hope he does it. He ran his campaign on that promise – so we need him to keep that promise. Fortunately, he’s not Trump where every other word was a bald-faced lie. But with the Republicans still in control of the Senate, he might not get much done.

Several articles have been written that Biden could still get plenty done by Executive Order, bypassing the Senate. Everyone will complain, but before you do – realize that we got ourselves into the gigantic clusterfuck. 74 million of you voted to put Trump and Trumpism BACK into office, and you also (likely) voted to put the SAME corrupt Senators back into their seats.

So whatever happens with our future – remember this fact – YOU voted for this mess. And YOU voted for a world that is facing extinction because we can’t find brave enough people to stop polluting the air, water and soil to the point that the entire biosphere is facing collapse.

Voting doesn’t fix everything, nobody is that naive, but without a unified base of support that says we want a future for our children and our grandchildren, the responsibility and the failure to guarantee this falls on us.

So when the next mega-hurricane or tornado cluster or environmental disaster strikes, remember how YOU voted this November. Did you support the Earth and a sustainable future? Or did you side with the greedy capitalists and proclaim that money comes first?

I’ve written a ton of articles on the climate and the extinction-level event that continues to unfold. Nothing has changed my mind about this likely outcome. Four years of Trump only made it far more certain then ever. I had hoped that millions of Americans would have finally woken up and realized that a livable biosphere was of the utmost importance, but that didn’t happen at all. Like Trumpism, the cult of denial is seemingly unbreakable. Logic and facts and evidence don’t amount to squat when belief and bias rules the voting booth.

So now, as always, we all have to live with this collective decision. Our next steps is to prepare accordingly (if anyone was to ask me what to do). Support climate protection in the meantime, wherever, whenever, but prepare accordingly as if it won’t be enough, because it probably won’t.