Another open thread.  This usually doesn’t work (no participation), but I don’t know why.

I’ve got a few ‘thoughts’ to share (ramblin’ format):

Another website dedicated to the rising police state – Police State USA. There is a article there on Police State Health Care: The Cost of Non-Compliance.

I didn’t find much on real non-compliance, just some info for non-participation in the AFA (Affordable Care Act, an oxymoron if there ever was one) and what it’s going to cost. The implication is there really isn’t any other choice (wrong).

Real non-compliance would be far more than anything this article suggests.  You don’t find much in print on what this means. The details are generally absent. The reason is either the authors don’t know anything about this (likely) or they’re afraid to write it down.

There is another possibility, just as likely. Americans have no intention of real non-compliance. The very concept is entirely foreign. Could be – look what they’re doing to any dissenters, protestors or school child. ANY restricted “unapproved behavior” or thought is viciously attacked. 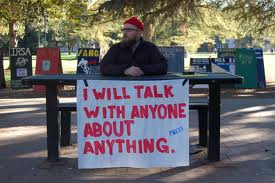 I took a few minutes and watched the nightly news (ABC).  Not long, but enough to identify (again) that what passes for news in this country is simply psychological programming.  If you haven’t figured this out yet, turn off the television for a month. Unplug your mind from the incessant propaganda and advertising shown. Read some good books.

Hope your all reading Energy News. The Fukushima disaster is still getting worse. This is one of those “things” that you and I can’t do anything about.

I’ve been “off” the television for so long now that it’s really agitating to try and watch any of it.  Diane Sawyer is like every other talking head, reading carefully scripted “stories” that are solely intended to create “senseless infotainment”. The stories themselves are startling by the sheer fact that they even made it to the national news.

You’re not being told anything other than how to think. The carefully read script is intended to soothe and entertain. It’s not journalism. It’s pablum for poor minds.

Next year is going to be very bad.  Good chance that the “trigger event(s)” everyone has been waiting for (why?) will occur. The convergence of angst, demand and (limited) supply is projected to finally happen.

James Hansen produced an important paper back in September (along with many other climate scientists).  It’s a doozy, here’s a snippet:

Our calculated global warming in this case is 16°C, with warming at the poles approximately 30°C. Calculated warming over land areas averages approximately 20°C. Such temperatures would eliminate grain production in almost all agricultural regions in the world. Increased stratospheric water vapour would diminish the stratospheric ozone layer.

More ominously, global warming of that magnitude would make most of the planet uninhabitable by humans. The human body generates about 100?W of metabolic heat that must be carried away to maintain a core body temperature near 37°C, which implies that sustained wet bulb temperatures above 35°C can result in lethal hyperthermia. Today, the summer temperature varies widely over the Earth’s surface, but wet bulb temperature is more narrowly confined by the effect of humidity, with the most common value of approximately 26–27°C and the highest approximately of 31°C. A warming of 10–12°C would put most of today’s world population in regions with wet a bulb temperature above 35°C…. Note also that increased heat stress due to warming of the past few decades is already enough to affect health and workplace productivity at low latitudes, where the impact falls most heavily on low- and middle-income countries

I was asked recently to take a look at another opinion on the IPCC Report, “The IPCC rebukes the climate doomsters. Will we listen?“, I didn’t find the optimism (or title) presented to be accurate or warranted. A few comments:

The IPCC process does not “do science”, they simply review scientific papers.  The IPCC is political, not scientific. It’s also years out of date (at least 3 – 4 years).  And did not include many known positive feedbacks in their report.

The long and short of it, whatever the IPCC “produces” as an assessment, we must take all of this into account. It’s not an accurate “timestamp” of the state-of-the-art known science.

Virtually ALL of the estimate are off.  ALL of them. The proof is in the constant “updates” given by the scientist themselves. Examples are faster sea level rise than previously thought, less ice than expected, increased warming of land, air and ocean temperatures and so forth.

What this means is the science continues to play “catch-up” to their own estimates against real-world measurements (and effects). I do expect this continue for some time because of cumulative and accelerating effects.

There are other problems, such as the 2°C “acceptance”.  We will blow right past that as far, far more than this is already “given” due to positive feedbacks already in place (and virtually unstoppable), and the decades-long lag times of past and present emissions.  Therefore, such talk of a 2°C limit is entirely bogus.

The 2°C limit is also bogus as a desirable figure for humanity as I’ve explained in the “This Means Extinction” article on my blog, all sources are from the scientists themselves.  Essentially, 2°C is just “politically convenient” to prevent panic.

Point #3 – How much warming can we expect – is an average figure globally – and means absolutely diddly squat for this reason. Temperatures over land already exceed 15F and more in Arctic regions, and as much as 15F in the ocean (over norms). These are real measurements, not “estimates” or “models”.

The “forecast” is useless imo because it doesn’t even represent real life, what is happening NOW on the ground (ie., Planet Earth, the real world).

The global hydrological cycle has been VASTLY disrupted, as evidenced by the historic superstorms we’re now presently experiencing. This is but a small part of the actual “evidence” along with droughts, floods, apocalyptic rainfall events, etc.  The “forecast” in Point #3 just ignores all of this and therefore, I find the IPCC report to be basically useless as a tool for what is actually happening.

Point #5 – the so-called “pause in warming” is bogus.  Most went into the world’s oceans. We are most definitely still heating up.

Fabius say’s “The consequences of failure to convert to non-carbon-based energy sources will be severe for the second half of the 21st century; but we have time if we start now (which we should do anyway, for sound environmental and economic reasons).”

We should “start now” but it is entirely presumptive to assume we “have time”.  I still find it amazing that so many think we can just “replace the ice” with our pitiful “efforts”. Or draw heat out of the oceans. Or reduce the acidification. Or any number of things that would take immense effort lasting over a thousand years.  And that is EXACTLY what the science is stating: that we will experience constant warming for at least 1000 years. We won’t even have a stable climate until generations into the future.

Finally, “science” doesn’t rule or control the world. It’s just a method, nothing more.  Nature and the physics involved “runs the world”.  We can simply look to the “ground-effects” of what is happening to determine if we are in peril or not. I think that we are is very obvious, millions are being affected, displaced, made homeless and suffering. This “trend” is accelerating.

The IPCC is NOT the “standard” by any means by which we should judge the current state of the climate or even the science, which is evolving all of the time. It’s a useful tool, but it’s also inaccurate (but better than nothing).  Many have called for the IPCC to be abandoned for these and other reasons.

We made it through the orchestrated “shutdown” (as expected). And no, it was not the end of the world, not even close. I had already determined that this would not be the ‘event’ others were claiming, but there is little point to trying to argue about such things. Time will always tell what is what (if you’re paying attention).

Leave it to the U.S. Government to enact a law and then promptly (and consistently) ignore it.  It’s a joke, everybody knows it, but the media and pundits get a lot of mileage out of spreading this ‘gospel’.

You can turn this off too and free your mind and your life.  Most of this hoopla doesn’t have anything to do with anybody unless you happen to be in their employ (please quit).