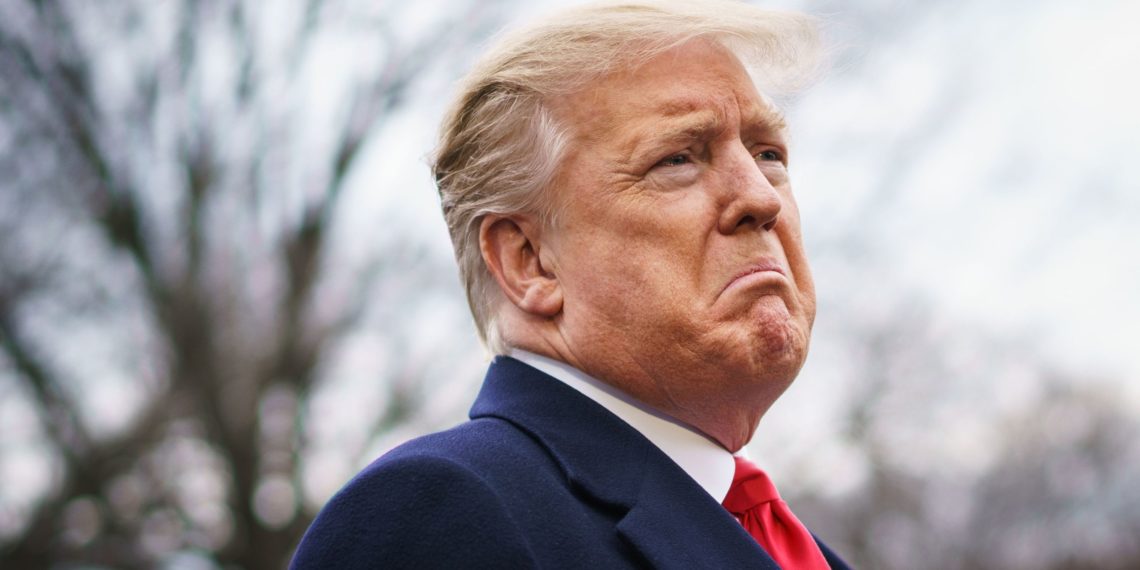 We should all ponder what it would have meant to the nation if Donald J. Trump had somehow managed to win the election. I had, and it wasn’t a pretty picture. In fact, it would have been a disaster far, far worse then most people could have imagined.

Trump’s character is that of a spoiled, evil, bratty child who takes his revenge upon his detractors and ‘enemies’ by going after them. This is what dictators do. This is what fascists do. So it rightly follows that Trump would have done everything he possibly could have to wreck the lives of those who did not support him. He’s well-known for calling non-loyalist ‘losers’ and cannot fathom that millions of people do not support him. Moreover, we’ve all seen the fact that he’s totally incapable of any empathy for anyone other then himself, exhibited by his temper tantrums and outrageous fits.

The man-child in Trump, despite his advanced age has never once learned to act like a self-controlled responsible adult. I had always thought that this, and all of his other miserable faults was self-evident to every American that took even a passing interest in the Trump ‘leadership’ exhibited over the past four years. But I was wrong. Either they noticed and didn’t care (likely, as this has been widely reported) or his fans, of which there were many (nearly half the country) wore blinders and saw only what they wanted to see, exhibiting clinically extreme cases of confirmation bias.

Now that Trump has lost, we have to wonder what is next for us all. I mean in the next two months, as Trump faces the immutable prospect of being tossed out of the White House and out of power. For good.

What will he do? It is already an absolute certainty that it will be nothing good, because that too is his character. Today, he went off to play golf, refusing to address the nation and refusing to accept defeat. This is who the man “is” in daily life. The man has no decency, no shame, no integrity and no character. He’s as immoral as they come. He’s lost and so far has refused to concede, vowing to fight to the end over many proven bogus claims of fraud, and election interference. Most of us saw this coming pathetic attempt coming, since Trump announced his intentions to do exactly this weeks ago, before the first ballots were even cast. Trump couldn’t help himself by announcing his motives and intentions early on. This too is typical Trump behavior.

But what would we have faced in Trump had four more years in office? This is soothsaying and not without a fair amount of guesswork, but given his character to be rude, aggressive, vengeful, wrong and immoral, I think we would have seen the following occur within just four more years:

I’m sure there’s more he’d have attempted to do. I think four more years of Trump would have seen millions dead from the pathetic pandemic ‘response’ as Trump continues to declare himself the most ‘knowledgeable’ and a self-prescribed ‘expert’ on a virus he’s clearly clueless on. We’ve all seen how this bogus bravado has panned out with nearly 10 million now infected and hundreds of thousands dead within just half a year. Trump does not care about the pain and suffering and the homelessness and thousands of bankruptcies the pandemic has already caused, his focus has been entirely upon himself and his image, and the ‘stock market’ that most Americans do not participate in (and why should they) and his grossly misguided notions of how to lead this country in the face of national crisis.

Four more years of this daily train wreck would have probably crashed America into the fragmented wall of Trump’s gross incompetence and negligence without any hope of recovery. But now, we’ll never know (thankfully) how this would have turned out, and the cult of Trump should start to fade away. But it probably won’t. The worst President in US history has left an indelible stamp upon American fascist mindset and we’ll probably receive constant reminders of this for years and years to come as the damage to the American psyche continues to be unleashed.

I am still deeply disturbed by how many Americans still remain so deluded as to what Trump actually was. Trump never hid his gross incompetence or attempted to rectify his tens of thousands of incessant lies, or pretended to be anything other then what he was – a massively selfish, narcissistic, incompetent, bumbling fool who had no business at all trying to govern this country. He was and still is, hopelessly unqualified to lead anyone, including his own family, with a stupendous history of failures, bankruptcies, divorce, adultery, sexual assault charges and enormous litigious history. As President, Trump was a absolute unarguable disaster and America should have learned it’s lesson, but clearly didn’t.

American had everything they needed needed to make an informed decision about what Trump still is to this day, but fully half of this country chose to ignore it. That blows my mind in a big way. Americans by the millions have abandoned critical thought, facts, reason and basic intelligence to support a fascist would-be dictator who was swiftly steering the ship of State into the gutter. So this battle for the soul of the nation is certainly not over, there are millions and millions of Americans that still want a dictator to rule over this country and remain determined to have it.

The Republic, and for which it stands is now gone, having been abandoned by millions of people who have abdicated their own authority and personal sovereignty to a wanna-be tyrant. The Founders would be rolling in the graves to see the state of the nation right now. I doubt very much that we’ll ever get the Republic back, we’re likely way too far gone now, having rejected reason and common sense. Fathers, mothers, grandparents and adult children by the millions were indoctrinated into a cult and the absence of their ‘leader’ is going to be very painful for millions of people to cope with.

What has now happened proves that God and the majority of the country did not support Trump (as if there was ever any doubt), but his followers are going to continue to refuse to accept reality. Of this fact, I have zero doubt, as they are already attempting to spin up yet another false narrative that this is all ‘supposed’ to happen. This is situational ethics (and lies) that serve to protect the indoctrinated and comfort the losers. But it’s weak, pathetic and grossly dishonest.

The cure for this self-deception is actually on all of them. They have always had the choice to open their eyes and see what was evident to the rest of us, but I suspect it is very likely that they will still refuse to read and examine the extensive chain of evidence. Literally thousands of books will be written about the Trump years and the cult he created and those that followed him down this dark path of delusion and lies. Like Jim Jones, of whom I have some personal experience with (I lived in the same town and saw what he did to both friends and the community), the Trump cult will have a lasting and devastating effect not just on a town, but on an entire nation and much of the world.

While I do not place my faith in politicians, they can make things pretty miserable for the rest of us. What is different this time is those that won’t let go of their dethroned King. Their going to try and retain their cult following. Yet the King has fallen, Cyrus was never a biblically accurate description of Trump and one of the reason why this claim of theirs was always a damnable lie.

Many false prophets made numerous lies about Trump and continue to do so, yet every single one of them was, is, and always will be, wrong. Millions of Americans need to repent of their false worship and the idol god they erected in the persona of Trump – but they probably won’t.

While I am not gloating – it’s good riddance to a bad, evil, deplorable man who deserves everything he now gets. I’m definitely not sorry he’s gone. They can’t get rid of him fast enough. Now the hard work begins to undue his pathetic ‘legacy’ and right all the wrongs he unleashed.

The next few months will be ‘interesting’ to say the least. Trump does the outrageous and ridiculous, the mean, spiteful and hateful things done by schoolyard bullies. I don’t put anything past the man as he desperately flounders for some way out of his inextricable predicament. He’s going to fail, of that, there is no doubt at all. We’re going to have to ride this out as the Constitutional laws play out as they should – and then if we must, frog march this imposter out of the White House next January. We’ll see.

America is on the brink of something else, let’s give it a chance to be something better then what we’ve had to endure.

One thought on “On The Brink, the King Has Fallen”