This is a must watch video. The NSA spying is FAR more then we’ve been told (so far). 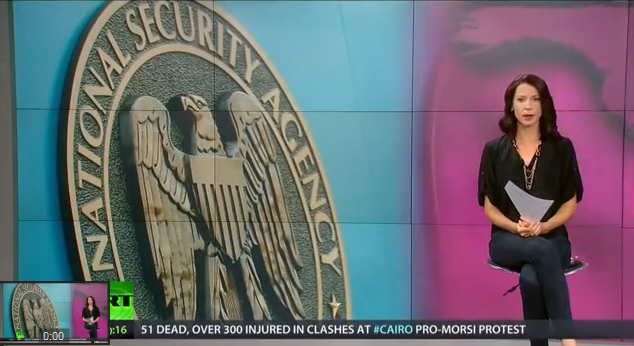 Is the “intelligence community running this government”?

“The upper echelon of the intelligence community are running this country”.

“This is at the Orwellian scale. Everybody. Everything. The NSA is literally tapping every communication in this country”.

“President Obama is lying to the American people”.

This means that ALL American politicians, candidates and would-be staffers, Congressmen, Senators and much, much more, are being hand-picked by the intelligence community.

Which means you have no vote and never did.  Americans do NOT have an elected government.  Nor are they being ‘represented’ by any public official.

Which also means the American coup d’etat is now a historical FACT.

“Th[e National Security Agency’s]  capability at any time could be turned around on the American people, and no American would have any privacy left, such is the capability to monitor everything: telephone conversations, telegrams, it doesn’t matter. There would be no place to hide.  [If a dictator ever took over, the N.S.A.] could enable it to impose total tyranny, and there would be no way to fight back.“ Senator Frank Church, 1975

It is not a democracy or a republic that you live under, it is an Orwellian nightmare.