I found this story interesting for the actual events taking place, and what this will mean for climate refugees and other homeless people in the future.  Eviction – Security Forces Move Into Mau.  Desmonda Despair has been chronicling many of these articles.

Over 2 billion people are going to be facing refugee status at some point in the future.  Presently, over 150 million have been affected, but it is expected to get considerably worse.  Where exactly will everyone go?

Squatters / refugees can do terrible damage to a region as they struggle to survive.  This story (see the additional links in the first article) really emphesis my point that you must have someplace to go when your collapse happens to you.  Refugees almost never fare very well.

Australia is Toast on the Coast — Sea level rises in Australia are much higher then anticipated.  This country has been widely reported now as having some pretty huge problems, fire ban due to extreme warming, and species extinction (actually happening world-wide). 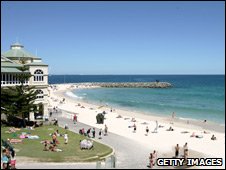 I’ve been reading Matthew Bracken’s latest book, “Foreign Enemies and traitors “, which is certainly better then his second book “The Reqonquista” (don’t even bother wasting your money on that one).  I’ve not finished it yet, so this review is after reading about half of this volume.

I had initially refused to buy another Bracken book because I thought his second work was worse then crap, it was full of right-wing propaganda.  But I was told this third work was much better, so went ahead and got a copy.

Like Bracken’s first book, “Enemies, Foreign and Domestic” (which was a good read), Bracken manages to capture the terrifying reality of what how things could go when it all goes wrong.

“Foreign Enemies and traitors”  depicts the collapse of the United States due to several factors (I won’t spoil the plot here).  It does a credible job of how collapse could really be on a day-to-day basis and the difficulties we’ll face for survival.

However like most apocalyptic books, Bracken fails to account for several points, such as peak oil / energy collapse, environmental collapse and resource collapse. He’s still pitting “left .vs. right” and Democrat .vs. Republican as meaningful theme to write a story around (it’s not).

I have always wondered why writers in this genre could miss such important real-life facts in their stories.  It’s always “liberals .vs. conservatives” or some other such nonesense.  That kind of garbage is only meaningful when we have a system that supports dissenting views.  This requires a functioning government, an working economy and democracy.  In a real-life collapse scenario, not much of this will be around, and it would be a dog-eat-dog world of strong .vs. weak.

Democracy will go right out the window, as will fairness, justice, liberals and even “conservatives”.  It would be a world of domination and control, the likes of which this country has not seen in several hundred years (and you’d have to have been a Native American to understand even this).

Both groups are federalists, both seek to control everyone else through government, both groups are in fact socialists, and both have essentially the same views when it comes to their images of entitlement.  They only different in details and nuances, but not on any major issues.

I have always found the left .vs. right arguments just as meaningless.  I see these division lines as entirely artificial, creations by the media and political parties, which serve only them and essentially nobody else.  Keeping us “divided” keeps us powerless and stupidly bickering among ourselves.

Look at how our halls of Congress and the Senate “operate” (their actors, let’s just be honest here).  They play act their way through this artificial division, but in the end, both always accomplish the same thing — bigger government, more intrusion, less privacy, fewer rights, more taxation, more intervention.  In the end, it is ALWAYS the people that lose out.

Why is that?  Why do we keep losing to this incrementalism, no matter who is in “charge”?  We should always ask ourselves this question, everytime some new decree is passed.  Why must government regulate and legislate and taxate every single nuance of life?  Why do we keep losing our freedoms and liberties and what it really means to be humans?  Why are we always being diminished by these halls of power instead of being increasingly free?

We are a far cry from the decades gone by when we were not all considered potential criminals and terrorists.  Something like 30 million cameras catch our every move, and Predator drones and spy planes and satellites watch our movements. Nobody in government is doing anything about this.

Even worse however, is how they are all still standing around, sucking at the tit of government perks, priviliges and retirement benefits, while the world falls apart all around us. Please see the “Dynamics of Collapse” again in Issue No. 23.  Every single one of these points are now happening, globally.

This alone should be sufficient proof for everyone to realize that the United States government is no longer of any use to us.  They’re too damned busy giving away trillions of dollars to their banker friends and corporate owners and lining their own pockets to care about our collective futures and what their actions and inactions are causing.  The damage they are doing right now will last HUNDREDS of years (at a bare minimum).

It is clear that we need a new government.  Not reform of this one, not more false promises of change from within or even without, but a entirely new government that is not beholden to greed, power, corruption and big business.  But we will never realize this as long as the corporations remain the real power in the world today.  We are far, far removed from the time when they were limited in what they were allowed to do.  Now, they own it all, control it all and dispose it all.

That is the back that must be broke, forever, as all things “as we know them to be” have emanated now from their control and ownership. Even we are their pawns and slaves, and our (s)elected leaders are their lackeys.

This is another issue that you never seem to find in these books by the way.  Government is just the front man for the real players in this world.  But these private individuals are not as strong as we have been led to believe.  Most of the rage and anger today is misplaced and fails to address the real who’s who behind our dissent.

The rise of private armies and mercenary groups, particularily within the United States is no accident.  Willing to accept blood money from any source, they are being used to protect these corporations and their assets, often times obscurred as being the “bidding of government”.  But the truth is, it simply is not possible to protect everyone or everything all of the time.

The only reason rebellion like this hasn’t happened (here) yet, is because Americans are still afraid.  They’re afraid of losing their own entitlement, and they’re (rightly) afraid of what it means if they go over the edge.

It IS happening elsewhere by various groups who are in fact taking on the corporations that are ruining their lands, livelihoods and future.  And sometimes they win, sometimes they don’t, but they’re not very well organized or well-armed yet.

A few people did not like that video that guy made showing how worthless gold was to the average citizen in the last issue. Don’t blame me — I did not produce the video, just shared it to show how the real world is different then the fairly small speculative world of investments.

I read today where gold has increase 27% last year.  I don’t think this is a big deal.  A lot of this has to do with countries buying up the supply.  There are other (useable) commodities that did better. By the way, Bracken’s new book shows just how useless gold would actually be in a collapse situation, but I don’t think even he realized that.  As the food disappeared, people tried to by the remaining food with gold they’d hoarded.  But having the gold simply wasn’t good enough — there had to be food too.  Nobody could spend gold on what wasn’t available, and when they did, the prices were extremely high ($100 in gold for a can of peas for example). What was REALLY valuable of course, was the items themselves, which was food, coffee and even solar panels.

This is all hypothetical however and should not be taken entirely seriously.  Gold remains a store of value and always will, but whether or not it will be of much use in collapse is speculative.  It does require exchange to be “useful” and right now, very few people or firms can or will exchange it for you.  You cannot pay for anything in gold (or silver), a few business that tried to pay their own employees like this got busted.

Several people asked me about what is a better investment.  An investment is not necessarily the same thing as a store of value — so I’ll cover them both with this answer:  agricultural lands, water resources, food, energy supplies, and ammunition.  Ammunition and reloading supplies are nearly non-perishable (properly stored) and have gone up about 400% – 500% in the last couple of years.  Storable food still remains a fantastic investment that does not require “exchange” to be immediately useful and essential.

Anything that will be a) hard to produce; b) in demand (short supply); c) useful in a practical sense in a depleted world; d) readily stored (or simply left in place) could be considered a store of value or an investment.  In reality, this would be a pretty big list, but I like to stick to the practical stuff people actually need.

Thanks to all who checked out the website.  It’s working, but it’s as if it has just disappeared, and it’s still that way, but at least I know it works fine for you.  The oddity is how sudden this happened, which led me to ask you to make sure it works for you and wasn’t being banned or blocked somehow.

The silence is eerie — the sound of economic collapse I suspect.  You can help by simply sharing my website link (http://survivalacres.com) with someone else on a forum, blog or wherever you think is appropriate.

I’ve now made several significant changes that I hope will help everyone:

There are now no order minimums of any product lines or products.  Free shipping is still available on Mountain House, Richmoor, Alpine Aire and Super Spectrim product lines with $100 minimum orders.  Any orders under $100 are charged a flat $4.95 shipping per product line.  The Rainy Day line has no order minimums either and is charged actual UPS costs for shipping.  Order over 1,000 lbs can qualify for freight shipments at better rates.

Special thanks to Kevin and John for their support.