Fits right in with this:

and this: Children herded like cattle into Maryland courthouse for forced vaccinations as armed police and attack dogs stand guard

I’d heard about this well over ten years ago, they’re finally releasing it in 2011.

This is why we will not stop our environmental predations: Giant Tuna Fetches $396,000

We’ll do the same when oil becomes very difficult to extract (or any resource) — but we’ll still extract it at nearly any cost, because using oil for example, each gallon of gasoline produced represent a minimum of 500 man-hours of labor.  What price would you pay to avoid that? 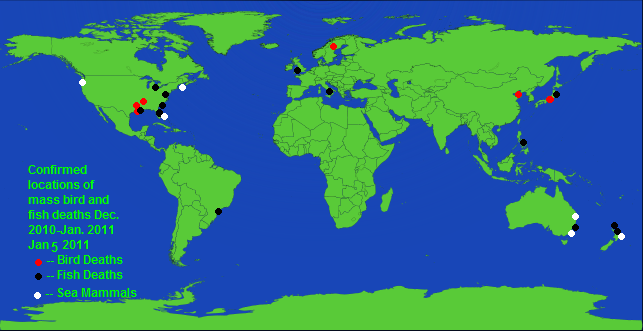 There is a wild rumor flying that they are testing aerosols before releasing this on the human population.