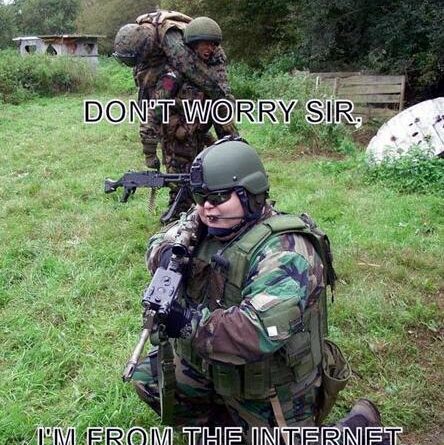 The House approved the 25th Amendment resolution, but Mike Pence, Vice President to the United States has already said (hours before the vote) he’d simply not do this.

So once again, the Vice President knowingly subverting the lawful majority ecision of the elected representatives who plainly told you to get rid of Trump immediately, who in turn are the elected representatives of the entire people of the United States. Pence made the fateful decision to ignore the majority of the country, and violate his own oath of office and uphold his sworn duties. Wow. How’s that going to go down in the history books?

We knew this would happen, now they will move on towards impeaching that slimy bastard polluting the White House. Stay tuned.

For all those “boogaloo bois” pretenders that plan on showing up at the Capitol (again), expect to be shot if you start a war, as the National Guard has finally been authorized to carry weapons on the days leading up to the inauguration. However, this will be with a M-9 handgun (Beretta 9mm) which isn’t a fair match against an AR-15 assault rifle (semi-automatic or not). Energy, range, accuracy, capacity – it all goes to the AR-15 (and similar assault rifles), hands down. The only advantage the M-9 has here is it will be the National Guard that will have these, and they’re supposed to be on the side of law and order (you know, that moldy useless document the “bois” used to venerate called the Constitution which authorizes the real militia).

Apparently all the “attendees” seemed to have forgotten that NONE of the States called you up either as required. So you’re not a militia, you’re a mob of insurrectionist.

So it’s going to be (apparently) pea-shooters against 5.56. Both are deadly, one far more deadly then the other. I’m questioning the “wisdom” of this decision. Was it optics, again? Sidearms are easily concealed and they don’t look too menacing when strapped to a hip, ensconced in a holster. Television audiences would approve – until the bloodshed starts, which is a big “if”. But damn, is this stupid. Why even bother if you’re going to ensure your side is already out-matched?

But that doesn’t include the numbers, which is alleged to be 15,000. So make it 15,000 pea shooters. And snipers, which they won’t tell the public about. And infiltrators (also armed). So maybe this will be a minimum deterrent against disaster and death? We’ll be able to tell who’s who by the sound of their weapon discharges. The AR-15 is much louder, and the bad guys will likely be breaking ranks anyway. The other clue will be their tacti-cool clothing they’ll have draped over the bulging bellies. Meal-Team-Six would be proud.

The DC police, Capitol Police, Secret Service, FBI, US Marshall and Deputy Dawg – they’ll all be there in droves too. Probably with some bigger guns, but not all of them. There might even be a drone or two in the sky to ensure “good optics”, although the Capitol is definitely contains some of the highest concentration of cameras in the world.

There will also be listening devices, “less lethal munitions” (see vid below, they’re deadly), bomb squads, dogs, cats and rats. The latter will be the faketriots trying to overthrow the Constitution and the rule of law.

Seriously dudes (and dudetts) – what the FUCK are you thinking? Have you people lost your fucking minds? STAY HOME. STAY ALIVE. This “show of force” is a demonstration in stupidity, ignorance and denial. Only faketriots and traitors are going to be “impressed” with your “presentation”, and if you start the war, or even “light the fuse”, America is going to never, ever forgive you. You’re either be marched off one-by-one to prison, or you’ll be hunted down for the rest of your lives – all because you damned dunderheads refuse to realize that the 2020 Election is OVER, Trump LOST and it’s time to move on with your lives.

The majority of Americans are staring at you even now, wondering how can you be so damned stupid? So selfish? So arrogant? It’s our country too you know, whether you like it or not. We all share this place. You want to destroy this? For what? What possible, justifiable and moral reason can you possibly have? The only thing you guys have got right is that America is ANGRY – but you’ve failed to identify who we are angry at – YOU. You followed a complete fucktard and never woke up to that fact.

Oh, I’ve read the posts and the claims and the endless bullshit and you’re dead wrong about all of it. You’ve fabricated connedspiracies and embraced rabid lies, making them your own. And then you famed the flames of hate to a raging inferno. We’re all wondering, where’s the fucking fire? I don’t see a fire, all I see is misplaced rage over nothing. Are you so afraid of a few essential and necessary changes now that the election has happened that you are in fear for your very lives? Truly? Prove it, because you don’t have a case that makes any damned sense.

This is the wrong fight at the wrong time for the wrong “reasons”, and a particularly wrong man. Everybody else knows this world wide as we all watch and wonder just how stupid you people are going to get. Don’t blame me for pointing out the obvious – you still have time to stop and think. Examine those premises that you hold so dear and learn the truth – are they true, or are they not?

Apparently, many of you gave up even talking to reasonable informed people long ago. You became ghost hunters, or goblin grabbers or was that pussy grabbers? Something other then sane, mentally stable people. Most of the claims I’ve seen being made are 100% bullshit. Non-sensible, illogical idiotic rantings of unhinged minds. This is why you have so little support and the entire country will mobilize against you. You’re not making any damned sense. You’ve had ample opportunity to do so.

Anyway, I know I’m not getting through to anybody anyway. But one day, I want to be able to tell me grandson, look – I tried. They wouldn’t listen to me or anyone else. They had their own agenda and it didn’t include the rest of country. And he’s going to shake his head and maybe even cry, because he’s not going to understand how people can become so evil, and I won’t really know what to tell him. This is not history repeating itself, this isn’t 1776 either, this is just mob stupidity following a cult leader to their deaths.

And finally, for those that do not know this – I not only remember Jim Jones and the People’s Temple, I lived there in the same town. I saw with my own eyes the cult programing, the brainwashing and the outrageous behavior of his followers which worsened over time. I lived through their influence upon the community and my family was threatened by Jones’s “church men”. Later, some of my friends died from drinking his cyanide-laced Kool-Aid. Others were shot in the head.

A few years ago, I tracked down one of the survivors and confirmed all of this. You are all making the same damned mistakes they did. Your cause like theirs, is neither righteous or right. It’s a huge, tragic, fatal mistake.

Sharing this video as a reality check: