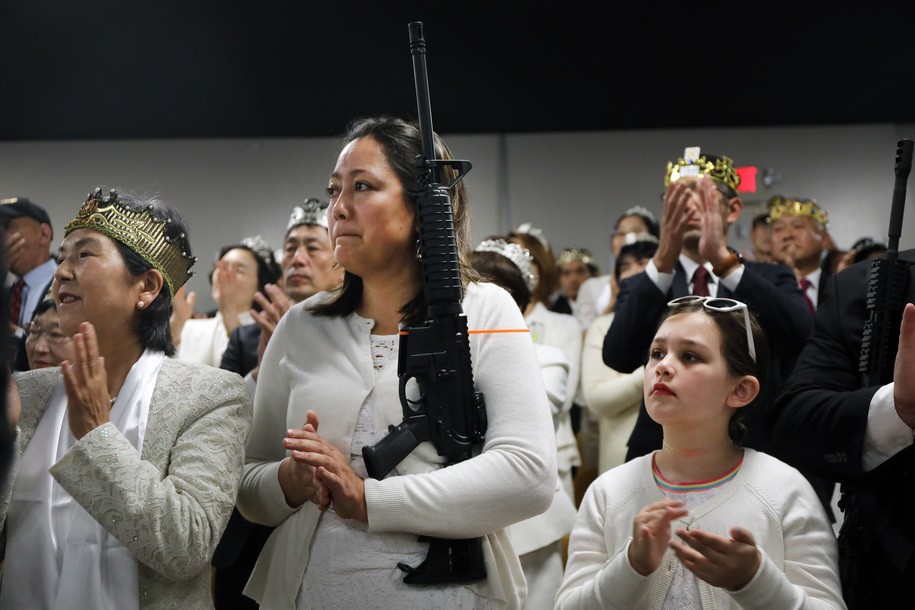 Holy cow… just when you think Americans could NOT get any nuttier with their runaway stupidity: Militant gun church just bought a 40-acre compound in Texas. What could possibly go wrong?

These may be Moonies, but this type of faketriot worship of patriotism, firearms and training isn’t unique to this cult. Christians all over America are still preparing for civil war.

I think these journalists are lazy, they could have just as easily taken photographs of a more mainstream Christian cult that showed armed members in church. They should sit through a few Sunday propaganda sessions too.

And for the record, the Bible does not authorize anyone to pack around an AR15. That interpretation is entirely fabricated.

Just another notch in the rise of American Fascism.