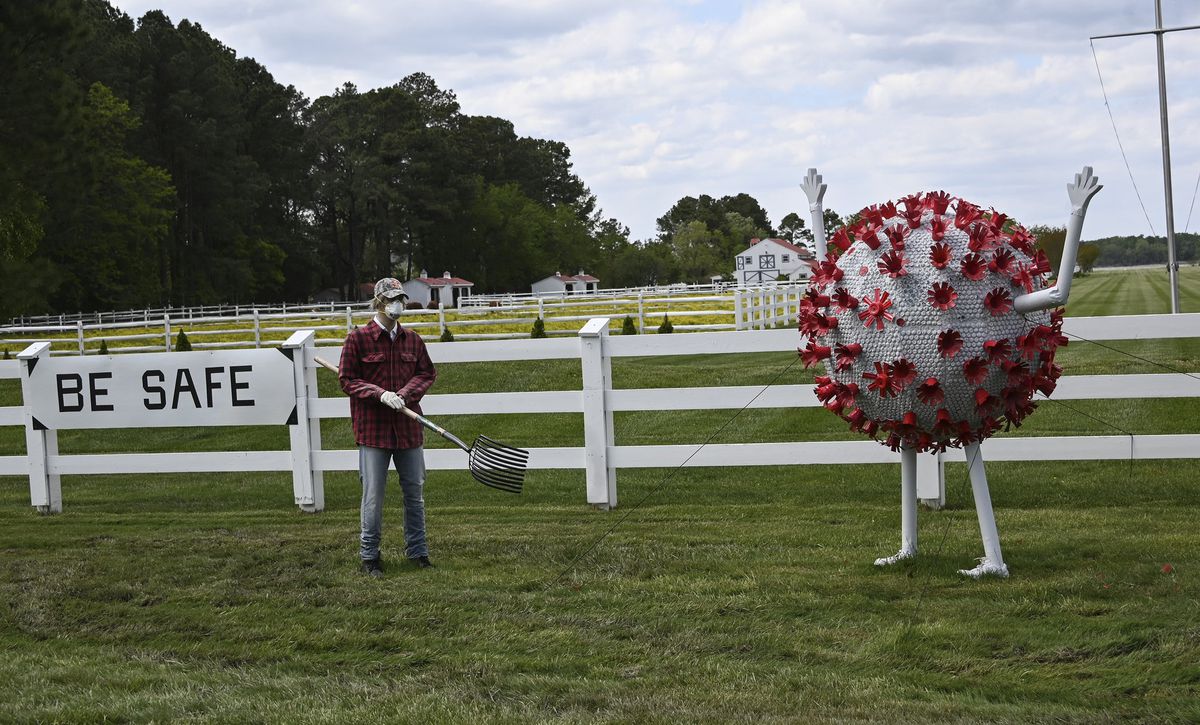 There have been thousands more headlines just like this that I haven’t bothered to weigh in on:

Instead of a vaccine “immunization” passport, the world needs a “medically unfit” bracelet (non-removable) for the morons and fools who are deliberately flouting public health measures. The deliberate spread and perpetuating the COVID-19 pandemic needs to be stopped. If not, we will still be in this exact same scenario next year (and the year after that).

Anyone found guilty of willfully refusing to comply with any city, State or Federal pandemic restriction requirements should:

a) Be refused all federal aid, services, funding and assistance; including COVID relief; SNAP benefits; school loans; small business loans; and so on, for life.

b) Have their name entered into a “medical treatment forfeit” database for legal medical-refusal by any health care provider for COVID threatment.

c) Be held fully legally liable for the spreading of COVID-19, including any harm, sickness, death or financial cost incurred to anyone.

d) Be arrested and put into an internment camp for the duration of the pandemic (or five years, whichever comes first).

e) Be convicted of a second to third-degree felony depending on whether or not they’ve killed someone else through their negligence.

g) Be refused any and all forms of public transportation.

COVID-19 protestors show just how selfish and irresponsible some people really are. Wearing a mask in public is not that hard. Others do this all the time as a normal requirement for their jobs,  and none wrongly label this a “freedom” issue because that is exactly what it isn’t.

What we have is millions of selfish pricks that hope to perpetuate the pandemic and kill off millions more people and think nothing of it. They’re not being held legally liable or responsible for perpetuating the pandemic (which is exactly what they are doing). The entire world is now being held hostage to these selfish assholes. Their irresponsibility and unaccountability needs to be stopped, right now. Misdemeanor arrests are clearly insufficient.

Why are we tolerating this? Many “pro-lifers” are among these crowds, demonstrating that they care nothing about about the lives of others and instead, fixate their warped fantasies over woman’s wombs and the private lives of others. They won’t help raise any of these children and won’t lift a finger. They don’t give a goddamn about children, or their mothers and fathers that are fleeing civil unrest, climate change or narco terror while they hide behind their ancient fantasies and stupidstitions.

These people are medically and mentally unfit for civilization and pose a direct threat to the stability and future of humanity. It can be easily proven that this is the same crowd of fools that has been behind recent wars and genocides. Many presently occupy high office in the American government and other governments around the world and need to be removed. They’ve held back humanity and legislative actions with refusal to pass essential measures and relief on health care, deadly climate change, infrastructure and human rights. These people are unfit to be in office anywhere in the world.

There is nothing funny or amusing about perpetuating the pandemic. Or ensuring that millions of people remain unemployed. The “freedoms” these morons are screaming about are removing the freedoms (and lives) of millions of other people. They’re too obtuse to recognize that the wildfire spread of the virus costing millions of jobs is their fault, which also makes them responsible for the destruction of the economy. Wearing a mask was “common sense” back in March 2020 but very few people did it, and now, a year later, millions still refuse. Everything that has happened since then relating to the pandemic and the economy is actually their fault. And nothing is ever going to get “better” until they are dealt with.

We face a real possibility that COVID variants will be unstoppable.  Five reasons why COVID herd immunity is probably impossible reveals just some of the reasons why COVID will be unstoppable. They don’t even know if transmission will be stopped by the vaccine! If millions of people continue to flout public health measures, there is zero chance the pandemic will end.

I’ve been following this pretty closely, especially what the variants mean. But the real reason why it is unstoppable is human behavior is being held unaccountable. Millions of selfish assholes are giving the virus opportunity to mutate, spread and continuing to kill and sicken millions of people. They refuse to take basic precautions and do their part to stop the virus from spreading. They think it’s “fun” and are so fucking careless about the lives of others that they are no longer fit humans beings to live within our society.

Basically, the people that want to behave like assholes should be treated like assholes. It’s not rocket science. You get what you deserve, having brought this all upon yourself and everyone else. Want to be irresponsible? Then we have a plan to help you not take self-responsibility. It’s called prison and punishment.

We should not have to tolerate bad public behavior that threatens and takes the lives of others. This is what was so wrong about the Capitol insurrection. So far, 300 people have been arrested (with more to come). They’ll be held accountable for their actions. We need to do the same for COVID-19 “protestors” and revelers. Hold them all accountable. Bad behavior should not be rewarded by looking the other way and excusing their actions.

Imagine for a moment, what this means for society if a bigger public emergency had to be declared. Would these same assholes throw more conniption fits and refuse to go along? Probably so, and they would do it because they are not being held accountable for their actions. I have NO DOUBT that the the country would be literally wiped out by selfish assholes making things worse for everyone else who was trying to survive.

I subscribe to the idea that everyone should mind their own business and not give either offense or cause to someone else. We all live here, and share this planet, and we all essentially want the same things. But it’s all based upon cooperation. And it’s deadly clear that not everyone agree with this philosophy. Selfish assholes abound and simply don’t care that they are perpetuating a deadly pandemic. It’s high time we stop treating them as functioning members of society, but this is exactly what they aren’t. Their selfish assholes, fixated only on themselves, so let’s treat them like the selfish assholes they are instead of tolerating their bad behavior.

Wearing a mask and avoiding large gatherings is simple, doable and threatens nobody. Refusing to do this threatens everybody.