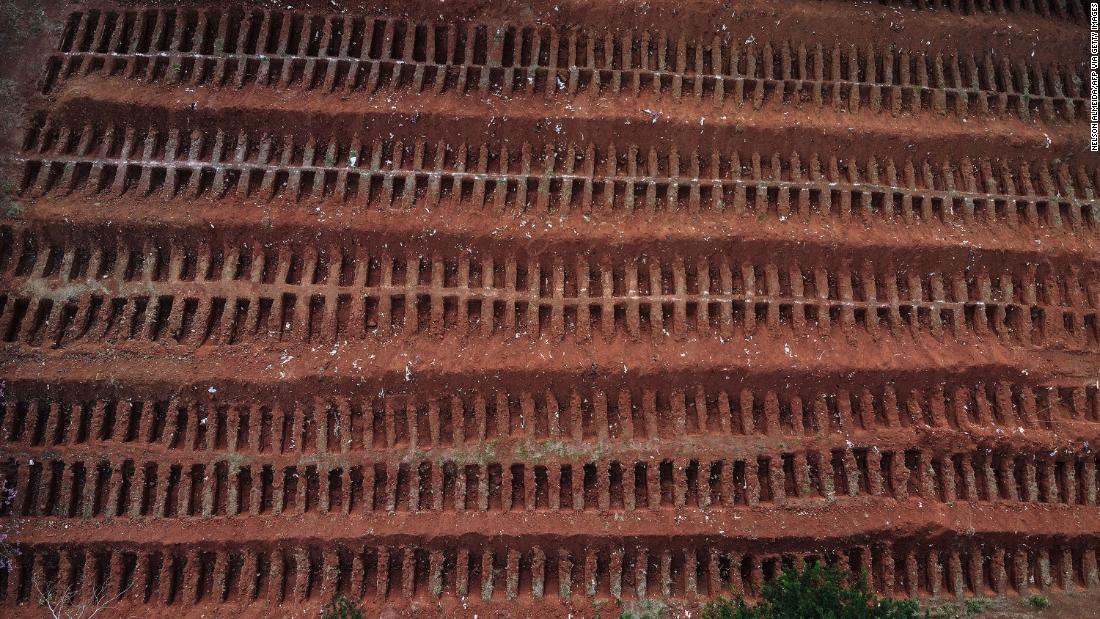 President Jair Bolsonaro (Brazil) has joined the ranks of American mass murderers. Like Trump, he refused to take timely and decisive action, claimed phony cures, downplayed the threat and allowed the health system to reach the point of collapse. Brazil is now on a fast-pace of mass death.

This is how it has always been even without a pandemic to exemplify the injustice and gross incompetence. Profits always come before lives, always. Corporations are encouraged to pollute, poison and destroy for profits by limiting regulations and restrictions, encouraged by government and lobbyist greasing sticky palms rigging the system. As a result, the world is now quite literally awash in toxins, poison, pollution and widespread devastation. No pandemic needed to ensure the billions are sick, dead and dying from escalating environmental hazards.

The pandemic simply put a microscope to this long-standing problem of profit over health. I have been watching different documentaries about gold mining and diamond mines, portraying huge environmental destruction and the corresponding deaths of thousands of miners tossed away like garbage. Lawless corporations under the color of “regulated” activity poison entire regions (which then goes global) and when finally done raping everything, they file bankruptcy for profit protection, walking away leaving thousands of dead and dying victims behind. The environmental destruction is absolutely enormous.

Nobody counts the dead fish, mammals, birds and poisoned trillions of gallons of water as a “cost”. Most of these pathways of destruction are wrought by phony conservatives which I will remind you once again, are not conservatives at all. They’re planetary rapists, human destroyers and profit-only monsters. Life doesn’t matter. They’re not interested in a world where people can live healthy lives. Lip-service and empty promises and broken oversight isn’t accidental, it’s by design. It’s how their business is conducted.

If the P1 virus variant takes strong hold in the United States, we are in trouble. When China locked down, the world was alarmed by the threat and some countries (very few) responded correctly. The United States was definitely NOT one of them. Now, a year later, with death rates MUCH higher and tens of millions more people infected, most countries have given up. The perception here of the threat has declined dramatically.

We are still in a deadly global pandemic and any country that is experiencing rising death rates is a threat to ALL countries. Americans “tired” of the pandemic as if this excuses their bad behavior. How many of these people continue to use seat belts? Buy insurance? Put on shoes to protect their feet? When it comes to themselves, what are they willing to do?

This apathy is no different then all the other signs of apathy. Nobody gives a goddamn about things that actually should matter. They care more about their favorite football team and being able to eat out. They refuse to behave responsibly on the little things which proves they cannot be trusted with any of the big things. As always, it’s now what they “say” but what they “do” that proves what type of personality and character we’re dealing with. This is why Trump is a complete useless asshole – he could not be trusted on even the little things and magnified his lies at every opportunity to suit his own narcissism. Bolsonaro is no different – and neither are millions of Americans. Arrogant, selfish assholes only putting themselves first.

They cannot be trusted on anything. They’re just as likely to turn around like a rabid dog and bite you. America is in the crisis it is in today because Americans allowed it to happen. Despite the miserably poor leadership we had and the lies perpetrated by our corrupt government, we are each responsible for our own actions. The information on what to do is readily available, so you cannot “blame” anyone else. Americans are now mass murderers themselves, perpetuating the pandemic, ensuring t continues to kill thousands of more people. They’ve joined the ranks of morons like Trump and Bolsonaro and many other corrupt, incompetent officials as worthless human beings.

Nearby in the State of Idaho, they’re “celebrating” the removal of the mask mandate. I don’t know why, it was never enforced and very few people wore them anyway. Treating the virus like it will respect borders is utterly STUPID, but that’s just how dumb people have become. It’s another reason why the pandemic went global in just a few weeks, and it is the reason why the pandemic will remain global for the foreseeable future, and it will be the reason why tens of thousands, perhaps millions more will die.

These people are a serious threat to everyone else. They cannot add 2 + 2 and make any sense of the answer. They demonstrate what is going to happen to humanity for the next crisis which is certain to occur with many already unfolding right now. We will fail miserably.

With so many members of humanity proving themselves to be totally untrustworthy, immoral and unethical, there is no reason for hope that anything is going to improve. Millions of people will be making sure it doesn’t happen. Businesses and corporations will remains steadfastly fixed on profits over health and greed and selfishness will triumph.

You are on your own. You cannot count on or assume that the situation is going to improve anywhere. We are fully into a severe decline from many different avenues around the world. The problems facing humanity are not being solved or adequately addressed, just like the pandemic despite whatever hopium you’ve read. It’s just going to get harder and harder to exist. You’re going to have to look out for yourself, for as long as you can, until you simply can’t anymore, and then you’re going to die.

I’ve known this for a long time and it doesn’t bother me. I am only saddened by how this affects children. Adults are supposed to self-responsible. We had our shot. Adults are supposed to take care of other people and the world around them, but I see too many refusing to do this. They’re actively encouraging the world to crash and burn out of hubris, ignorance and greed. Eventually, we’ll all be gone as a result of selfish morons, but I’m saddened to consider the lives of my grand kids and what this is going to mean for their lives, which will be far, far harder then my own life has ever  been (I have endured some enormous obstacles), and I’m angry at my inability to stop any of it or protect them.

There are mass murderers everywhere now, perhaps this may be “news” and perhaps not. Don’t trust them. They’re embracing Death. They’ve been here a long time:

The ostentatious Declaration of Independence, like the proclamation of the First Crusade, is a maneuver in a confidence game, a banner designed to align zeks alongside their keepers. The freedom it offers to zeks is no freedom from labor-camp zekdom, but freedom to kill with no holds barred. Happiness comes, like Salvation to the Crusaders, from the bloody sacrifices of victims. Devotion to such freedom becomes a synonym of Patriotism. The active Patriot is a mass murderer, the passive Patriot and enthusiastic voyeur of his team’s killings.

Against His-Story, Against Leviathan!