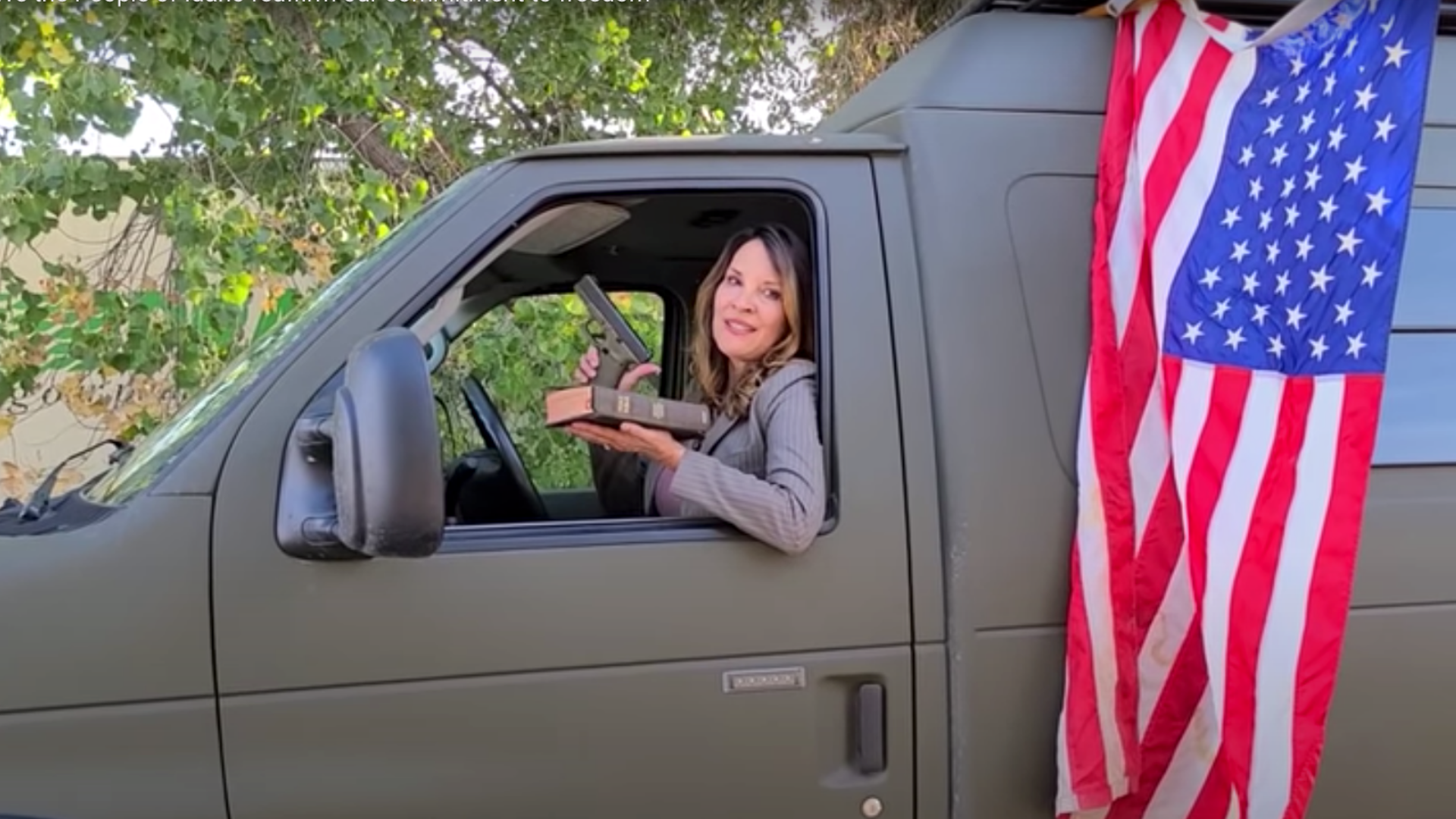 That picture is real, the Lt. Gov. is a christian fascist in case you need a caption.

Anybody that promotes their religion while holding a firearm is clearly deranged. Neither guns nor religion guarantee “freedom” (and neither has anything to do with freedom either). Apparently, the Lt. Governor has no concept of life or liberty or the true meanings of the words for her fellow Idahoans or neighbors.

Ordering the public to ignore public health orders is utterly insane. How leadership, as insane as they may be, presents itself on critical issues is important. Putting bogus claims of “freedom” that are just factually wrong ahead of the need to end this pandemic is the wrong message, but typical of this women. She’s not too bright.

They are however, willing to lie, cheat, deceive, distract and fabricate whatever suits their political agenda. Nobody should need any examples, we’ve just been through four long years of the worst political climate in our entire history. But they’re still at it as I have been warning. Still lying, still pandering and fabricating and claiming that our freedoms are under threat.

Lt. Gov. Janice McGeachin should be prosecuted for manslaughter for the first person who dies from her executive order. Politicizing the pandemic is the wrong message that far too many will follow. On the one hand, we might be rid of a few dunderheads, but on the other, many innocent people are being harmed by these pandering politicians. We are fast approaching 600,000 dead Americans, just a few thousand more to go.