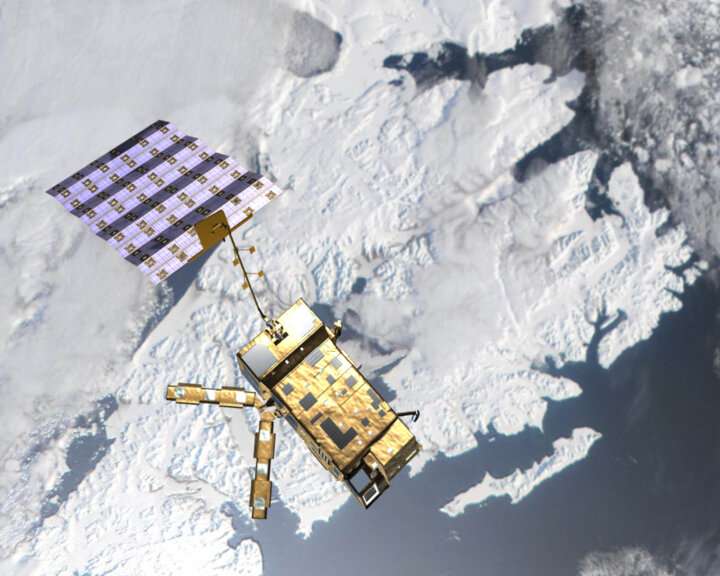 This short article ties in directly with one of my favorite sayings, “We can’t replace the missing ice”. Antarctic sea-ice plays an important role in regulating Earth’s energy budget, but it’s not just Antarctica that matters, its the ice and snow worldwide that effects albedo and planetary warming.

Unfortunately for all life on Earth, much of the ice and snow has disappeared where it used to traditionally reside for millennia, a clear unmistakable sign that the Earth is dangerously warming up.

“The question of whether the huge loss in Antarctic sea ice can be recovered is important, given the profound implications for Earth’s radiative energy balance. The Antarctic has long served as a sort of refrigerator in the earth system. Breaking it beyond repair would really chip away at our remaining emission budgets, making it ever more difficult to meet our ambitious mitigation targets,” says Ryan Bright, a Research Professor at the Norwegian Institute of Bioeconomy Research and one of the study’s co-authors.

I’m still unhappy with these scientists who still stupidly think we have an “energy budget” and worse, that humans can replace the missing ice. Neither are true and never have been. The Earth HAS been “broken beyond repair“, the hubris that it hasn’t already happened only fools the eggheads and uninitiated into the physical reality of what these measured losses actually mean.

Humans do not “control” the Earth, but we can certainly influence it greatly. The physical processes will respond to our activities (emissions and terraforming), none of which we can simply “reverse” or do-over.

Right now, global “leaders” (pretenders) are planning on making “commitments” (words) to the attendees at the COP26 meeting while still allowing their countries to keep producing enormous quantities of emissions. It’s already a bust, and only fools those who are not actually paying attention. Supposedly, their claiming their going to be able to “limit” warming with their words – but it’s definitely not going to work. Already there are many regions of the Earth that are well over 1.5C degrees which are unlikely to be seen again.

Supposedly, this “amplified warming” is “twice the warming worldwide” which is another load of horseshit. Already the Arctic and the sub-Arctic have experienced extreme levels of warming in the 3C – 4C range which covers the entire top of the planet, a region FAR larger then the Tibetan Plateau.

What is painfully clear to me is the gross dishonesty and misreporting that continues to plague the scientific community and planetary changes taking place. It’s almost as if they don’t know what’s really going on or don’t want us to know. Either that or staggering levels of incompetence and malfeasance is at play here. The horrible truth is the Earth in all the places that matters is dangerously warm RIGHT NOW.

VERY few websites will actually have the credibility to put this all together and issue the warnings that are so desperately needed. Those that do (the tiny few) are being widely ignored including this blog. Arctic News has been trying for years to get climate scientists to take up the shout with little support. The scientific community seems hell-bent on ignoring the outliers and warnings that are claiming that we’re already well into a planetary emergency. So I’ll say it again and maybe readers will grasp a little of what this means – We Can’t Replace The Missing Ice.

It’s a big, big deal. Stupendous, gargantuan, life-altering extinction level event. The loss of the global ice cover throughout the planet and how this regulates temperatures and albedo will trigger runaway planetary warming leading to our extinction.

Scientists have already made the measurements but most don’t seem to believe the meaning of their results. If the ice has disappeared, the meaning is clear, the planet is dangerously warming. It also means that the missing ice isn’t likely to come back. Some of this ice is thousands of years old and took a long time to accumulate. But it’s disappeared in just a few years. We don’t have thousands of years for this ice to return, even if it could.

What this means is clear to me – the claims, promises and assumptions that are often made about “combating climate change” and “limiting temperatures” are simply empty promises. Global leaders are quick to claim that they have the means to solve the climate problem and limit warming, but I’ve yet to see any factual evidence that this is true. So far, it’s just empty promises based on hopium, false understandings and dubious claims.