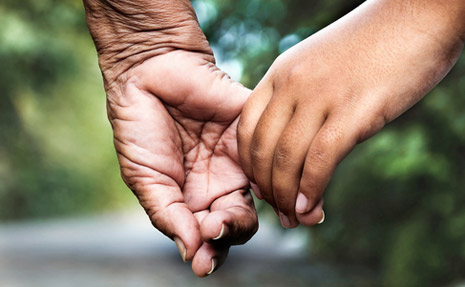 How Doctors Die — It’s Not Like The Rest of Us, But It Should Be

I just read this article, found it first on Gaea’s Box of Rocks .  It’s really a very good and worthwhile read.

I think it takes a lot of courage to die, but with courage or not, we’re all going to face this.

My hope is to also “do it right”. I recently spent time in the hospital for surgery. That wasn’t so bad, but then weeks later, I had to go see a specialist.  The office was full of dying people.

I didn’t take my wife, I didn’t want to expose her to what I half-expected to find there. I’m very glad she didn’t go.

Dying with dignity would be best.  Our medical care system does an awful lot for the dying, much of it unnecessary (and incredibly expensive).  Saddling my own family with medical debt is not an option. I simply won’t do it.

We can learn a great deal from the dying.  And we should. These are the people who are examining their life in detail. What was done, what wasn’t. How they spent their time, and how they didn’t.

The single greatest regret I recall reading recently was pretty simple, “I worked too much”. Our society enslaves us for our daily survival. In order to stay alive, to stay “ahead”, to keep that ball rolling, we work ourselves to death.  Over the last few days I’ve put in about 40 hours myself.  That’s just too much. Last year was even worse, average 60 – 80 work weeks. That’s ridiculous.

Meanwhile, the world goes on.  Kids grow up, hair starts to turn grey and you’ve suddenly passed 10 years, wondering where in the hell it all went.  Or 20.

I recently made contact with a 2nd grade “sweetheart” that I have often wondered about.  My family had moved away back then and my relationship with her broke off as a result.  But she was probably my first crush, so like all crushes, she had an impact on me.  These many years later, I’ve kinda wondered if she was still alive. To my delight, she was.

I am simply thrilled to know this, because it’s a past that I have long forgotten.  It doesn’t mean anything now, I’m very much in love with my wife, but knowing that this girl who is now all grown up is happy, married and living a full life means something to me.  I think it’s great.

I’ve lost many high school friends over the years, some have virtually disappeared off the Earth, never to be heard from again. Others are now dead, too soon.

These are the people that we’ve known, as we pass through this temporary veil, going through the experience of life together. We’ve all gone our seperate ways, but then again, we’re still together, part of this pack of animals we call humanity.

I’ve plenty to say, probably too much about our “role” on this planet, but when you wipe away all the angst, disappointment, discouragement and dross of what humans do to each other (and everything else), you then find our real humanity.  What we are inside. That which also “makes us human”.

Compassion. Concern. Reason. Love. Empathy.  Oftentimes it gets drowned out by everything else, or downplayed so much that we can’t hardly identify the good .vs. the bad that seems to be in us, but that’s because we get too caught up in what’s going on in our lives and all around us.

We ought to do better, because I do know that we actually ARE better.  At least, I think so.  I know we have it in us.  And when that day does come that we depart from this world, we can look back with satisfaction and know that at least, we didn’t work too much.

3 thoughts on “How Doctors Die — It’s Not Like The Rest of Us, But It Should Be”