A deadly global pathogen strain has been detected throughout the world, infecting most the planetary landmass: 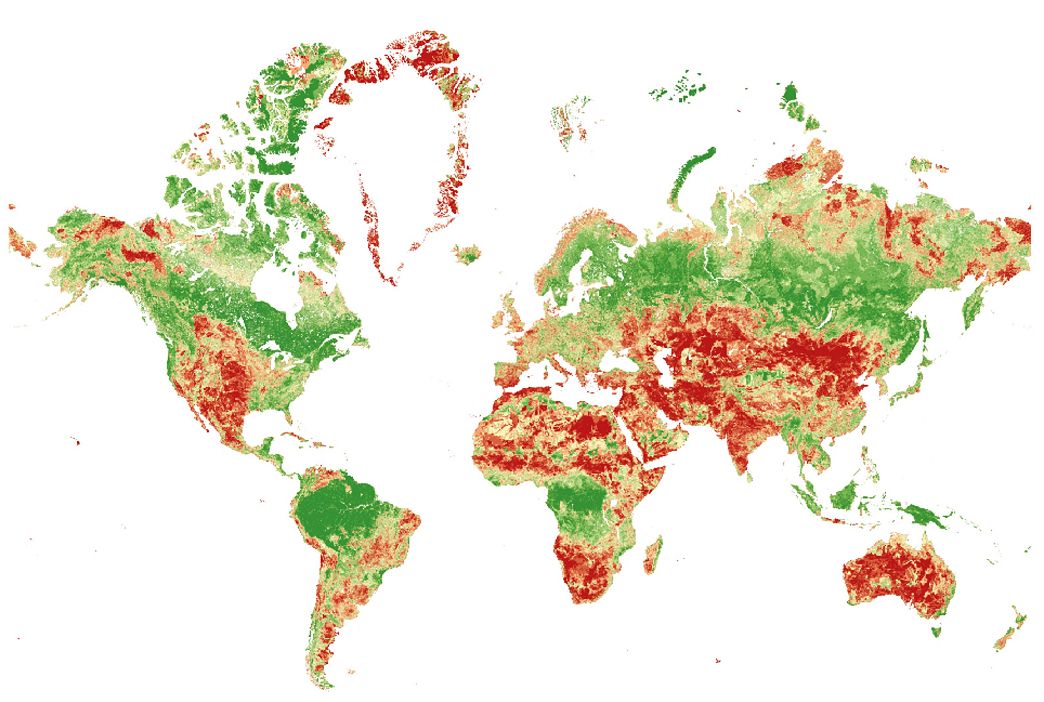 Notably, the regions in red exhibit the greatest impact from the pathogen, with a correspondingly severe ecological degradation affecting future supplies of food, water and air quality.

Globally, the picture is even more dire.

Fully one-fifth of all the world countries (20%) are now imperiled. Identification of the pathogen had continued for many decades by scientist, researchers and analysts around the world, but not until now has it been fully assessed with this level of accuracy and detail.

All 195 nations of the world are listed ‘at risk’ with over 60 nations already listed as ‘fragile’. 39 countries are already at risk of collapse.

As a result, one out of five countries are headed towards collapse as Homo Sapien continues to spread the pathogen. Even wealthy countries, with low Homo Sapien populations are at risk, are refusing to take the necessary measures with some countries, like Israel and Malta in imminent danger of collapse. (1)

Failure to build sufficient barricades and high enough walls to contain the pathogen will likely be remembered as more then just policy failures from global leaders, they will be remembered as the greatest disasters of human history.

55% of the world’s entire gross domestic production is totally dependent upon averting collapse, with the remaining 45% at ‘high risk’ of complete failure.

The pathogen however, isn’t novel (new) and is actually considered fairly old (at least 200,000 years). But up until 200 years ago, the pathogen posed little real risk. War, disease, famine and limited lifespans kept the pathogen in check and from spreading too quickly.

The pathogen has been determined to be caused by the primate species to which all modern humans have descended from, Homo Sapiens, Latin for “wise man” (misapplied) of the genus Homo, but it is the only one that is not yet extinct.

The advent of fertilizer and increased global food production, along with the discovery of oil and global transportation at scale resulted in a massive outbreak, culminating into the 21st century of nearly 8 billion pathogen carriers. Startlingly, nearly each pathogen carrier has the ability to create more carriers, thereby multiplying their global impacts with the potential for exponential growth.

Ironically, the much lesser COVID-19 pandemic presently affecting the species has not effected any meaningful or significant changes, with this ‘wake-up call’ going nearly totally unheeded.

Immediate intervention and mitigation efforts are now needed to prevent a cascading domino-effect of failing countries from collapsing the world’s economy, food production and viability of the biosphere.

At present, much of the world’s attention is still attuned to the debacle in America as the 2020 Presidential election continues to be disputed. But of far greater importance is the fate of the world and the survival of the species and whether when, if, or how this might be accomplished.

New index reveals which sectors and countries are at risk

[Admin – I’m afraid that this isn’t going to get any of the attention that it rightly deserves. Like most studies and reports, the general public remains ignorantly unaware of the escalating threats facing their survival. If it’s not on the nightly news, then it’s not important. As a result of the general apathy and media ignorance, I foresee little discussions and even less effort to avoid this collapse. Our species is very likely doomed by apathy and indifference.]