Myfaketriotfoodsupply.com has released a fake email from the Department of Homeland Security inquiring about food storage.  Do not believe a word of this scam.

I’ve long expressed a distrust and disdain for scam artists. They’re everywhere. They exist to self-promote and try to get rich off of the ignorant.

This company is despicable.  3 – 4 times my price on food storage. Do the math.

This is a sign of extreme desperation.  It’s also pretty sad how people prey upon each other.  A fake “alert” is issued, “code red” bullshit, reminiscent of Alex Jones or Lee Rogers. The idea is to stir up fear and enlist a paid response from their followers.

I have absolutely NO USE for such people. They are a blight upon humanity. They prey upon the weak, fearful and easily fooled.  Unfortunately, plenty of these people are around.

One of the reason I refuse to carry other brands is because of this type of fear marketing.  It’s not only disingenuous, it’s dangerous to everyone.  America does not need more fear, it needs more self-responsibility and awareness of the real issues.

I do not want any followers. Not a single one.  I actively discourage everyone that starts to cling to my coattails.  It pisses people off, but that’s actually a good thing. Think and act for yourself. It’s the only thing you actually will ever have.

None of the “leaders” in the faketriot ‘movement’ are leading anybody anywhere. They’re playing a game. It’s not real. If it was, the whole country would be in flames.

There are many, many other examples of faketriots walking among us.  Generally, I ignore them. But they’ve been growing louder, bigger and more influential for years. A conservative estimate is that several million people now “subscribe” to the brand of bullshit these faketriots are selling. So far, I’ve not met or heard of a single one that offers anybody anything of real value to anybody.

They’re good at what they do (deception). The information they peddle is “insider” information, and “anonymous sources” and “highly placed officials”. And endless list of threats, conspiracies, dangers and scenarios are played out over and over again. It’s just “business”.

They’re not above faking the entire thing.  I’ve seen it before, so have you.  Nobody holds them accountable.

None of their predictions / claims come true. 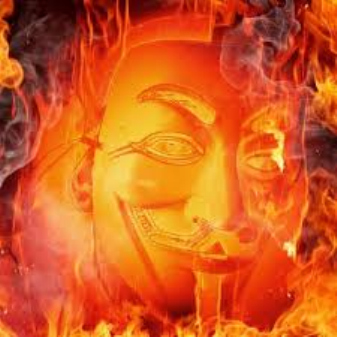 One day, something “big” will happen again.  Those are the odds.  History reveals countless examples.  A lot of progress towards fascism, police state, Orwellian nightmare HAS happened here. But do not be fooled by the fear-mongers and sheep-shearing peddlers.  Their “interest” is making money off of you, as fast as possible, and by any means possible.

I think such type are dangerous and should be avoided at all costs. Here’s why:

If they prey on you NOW with lies, deceptions, fear mongering and scams, what do you think they will be like when things are even worse? They’ve already turned against the people that they are alleging to help.

There is an old saying, “ye shall know them by their fruits“.  If the fruit is poisoned, if it is a lie being told, if it is a deception being promoted, if it is one fear-mongering tactic after another, then not only is the fruit poisoned, but so are they, and they can NEVER be trusted.

95% of the crap that is being published has nothing to do with anybody. The remaining 5% is difficult to sort out.  Some of it is important, some of it is not.  The important stuff – well, there is nothing you can about almost all of it anyway. Americans are now limited to “non-response” to any of the legislation / activities / events now occurring. Doesn’t matter what you do, you change nothing.

On the other hand, there are important developments, facts, history and events that you should still be aware of.  They can serve to put things into their proper perspective. Americans are too trusting. That needs to change.

Please read the link.  And please put this into context.  In the early 1960’s, real patriotism existed. Unlike today, connection to country was passionately embraced. Yet betrayal to the American people was already clearly in evidence.  The highest officers in the land were willing to attack Americans to further their interests.

Fast forward 51 years. Is anything different?  Yes – it’s much worse now. Yet like many, many things into today’s world – there is nothing you can do about it.

Another 9/11 attack is probably a real possibility, but like the record shows, it’s not foreign parties we need to be afraid of. History shows the real terrorists are still right here in America.  Always have been.  Sacrificing ignorant Americans for self-interest (and war profits) is very common.

We’ve just been exposed to another litany of “terror alerts” this past week.  I’m pretty tired of it. No, actually, I’m sick of it.  Doesn’t mean a damned thing to me. The only thing it means is fascism is racing forward ever faster in America.

The people involved in this are also faketriots. They’re taken to killing us for our own good. It’s what’s best for the country.

Ignore the badges, decorations and high honors bestowed upon them, it’s all part of the costume they wear.

Asking us to sacrifice our sons and daughters in foreign wars. Somehow, we’re constantly told, this is “good for America”.

I think not.  I think it is all a gigantic fraud.  A scam on a global scale.  Rivers of misery and death. I’d rather have my kids.

Real Americans need to take a stand against all of this. They need to utterly reject the faketriots and scum / scam artists in our midst.

Will it happen?  Probably not.  There aren’t many of us left now.  Cowardice, ignorance, gullible, apathy abound. I’ve asked for years for people to stand up and resist, but it’s not working.

I’m ready to walk away from all of it. Americans have given up. They’ve been taken over, co-opted, coerced and preyed upon. The preference seems to BE the willing victim now, instead of the victor. Or at a minimum, a non-contributor to the increasing problems. Just the opposite is happening.

Not with me. It’s the reason for my growing silence. Disgust has no words.

Prudence would dictate, in a destabilizing world, to prepare for the worst case scenario. This is not happening.

I feel a great urgency to move on to higher priorities.

The American unwillingness to turn off the infotainment, shut up the idiots and fools, boycott the scam artists, goldbugs and faketriots that permeate the collapse meme is leading to a catastrophic disaster for the millions involved. They’re doing far more harm then any good. Every dime you spend with these liars encourages them to keep up the deception.

This is all distraction, a dangerous, ridiculous and stupid activity embraced by millions that will betray everyone who has had any connection to any of this. You will be betrayed.

If your neighbor, city, town does not prepare, or is distracted by deception, then whatever you have done will be taken away by them. This is inevitable. This should be obvious.

The need to grasp, comprehend and act upon what is the greatest threat to our survival as a species is absolutely paramount now. Not much else actually matters.

I’ve reached an unbearable level of absolute disgust with these idiotic online faketriots, of which there are now a large majority.

It is always a bit dangerous to use words like “convinced”.  When used on rare occasions, it should convey 100% certainty that you are willing to back up your certainty by your actions.

Therefore, with this understanding, I am completely and totally convinced that an all-out, dedicated effort on community preparations MUST be the first and ONLY order of business now.

I will be posting less. Because I’ll be busy doing what needs to get done.