Here’s some of the news items the connedspiracy idiots don’t want you to accept:

The summer fire season is well underway, with over 1000 fires in the western U.S., Canada and Alaska charring thousands and thousands of acres. The dry soils, lack of rain and tinder-box conditions of drought-plagued forest have created a firestorm of ‘opportunity to burn’, dumping ash and millions of tons of carbon into the world’s atmosphere. 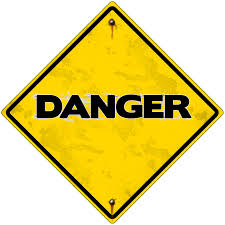 And that’s just ‘here’ – the situation is just as bad in many parts of the world. Siberia continues to burn right down to the permafrost with hundreds of fires, exposing soils frozen for thousands of years to heat and and sunlight releasing huge amounts of carbon into the atmosphere. The warm waters of the Pacific Northwest are so hot that fish are being ‘cooked alive’, which is inaccurate, but still they’re dying by the millions. The temperatures are unsurvivable and the fish are simply dying before they can spawn. It was similar ‘death’ conditions for humans in Iraq, with a felt temperature of a whopping 165 degrees.

While the world wept over ‘Cecil the Lion’, they keep on ignoring the global species extinctions taking place faster and faster. The hypocrisy of the global outcry over one lion was not lost on me. It’s as if one lion mattered more then everything else. He’s just one of thousands upon thousands of African animals being wiped out by poaching, hunting, habitat destruction and climate change.

Humanity is choosing to IGNORE the destruction being caused, but this denial / disbelief cannot continue indefinitely. There are several million more climate refugees this year who will vehemently agree that the United States and its citizens are being DUPED by the denial industry, while they are being forced out of the homes and having to flee their own countries. 1.2 million in India fled their homes, 17,000 lost their homes in Mynmar. There are many, many more around the world being severely impacted by drought, rising seas, floods and extreme weather events.

As each year goes by, expect it only to get worse and worse since climate ‘stability’ is now long gone. Both the jet stream and global thermohaline circulation have been radically disrupted by the missing ice, fresh water melt, intense storms and severe atmospheric blocking still unfolding world-wide. Atmospheric moisture has now increased over 7%, resulting in huge extreme rain events during the summer months. Some locations have received over one year’s rain in just one day. The rapidly exposed open ocean in the Arctic means that we’ll soon see ‘no ice’ at all in the summer, with an increased albedo effect warming up the ocean even faster.

Every day now, there are hundreds of report depicting the unfolding environmental disasters now happening globally. And yet very few of these stories and events are even mentioned in the main stream media. The connedspiracy of ‘silence’ by the media on what is really going to affect each and every one of us is beyond criminal now.

Americans ‘don’t have time to worry’ about what’s unfolding all around them. They never have. That’s too bad, because it is this country that needs to do the most about its habits, consumption, beliefs, attitudes and responses to these very same issues. But I rather doubt that this will happen. We’re too deeply enamored with our lifestyle and pampered position of being the world’s ‘#1’.

The trouble that will befall us is already unfolding within our borders. It’s easy to blame our politicians or our industry, but that’s a broad brush leaving a lot out. (s)Election 2016 is already underway with the usual crop of absolutely useless ‘candidates’ who promise to do nothing to save our country or the planet. Once again, Americans are falling for same lies and deception as the last 10+ (s)Elections, which means nothing at all is going to change, no matter who ‘wins’.

The level of American stupidity is now so great that I decided to take some time off. It’s just too hard now to break through the fear-programming and idiot-level of “I’m too stupid to care” attitudes so prevalent in Americans today. I don’t have flashy tits to bounce in your face or deep pockets of money or any kind of fame or fortune to ‘bankroll’ my online rants. Just ever increasing levels of disgust which had / has reached a total saturation point that I could not take it anymore. So I instead opted for surgery, quietly taking my leave from the world of escalating stupidity. I’m back but it’s clearly worse then ever in the world.

I didn’t miss any of it.

Americans are going to suffer, terribly for their apathy, their indifference and their callousness being caused by this country. While this should be a ‘lesson learned’, it will be far more then that. We will not recover from it. Ever. Three generations of idiots and fools now inhabit most of this country. Those that survive the daze [sic] ahead will be too inbred and dumbed down to recognize their own role in the global collapse. They’ll go on demanding their bread and circuses from industry moguls while gorging themselves on the crumbs being handed out. Hell, they’re even considering voting for one of them!

It’s already clear to me – the evil that they want, they’ll soon get. And the rest of us will simply have to suffer right along with them as the remaining life on this world gets wiped out.

I know it’s over, it’s been over for a while now. But I don’t have to even slightly pretend that I’m going to go along with it.