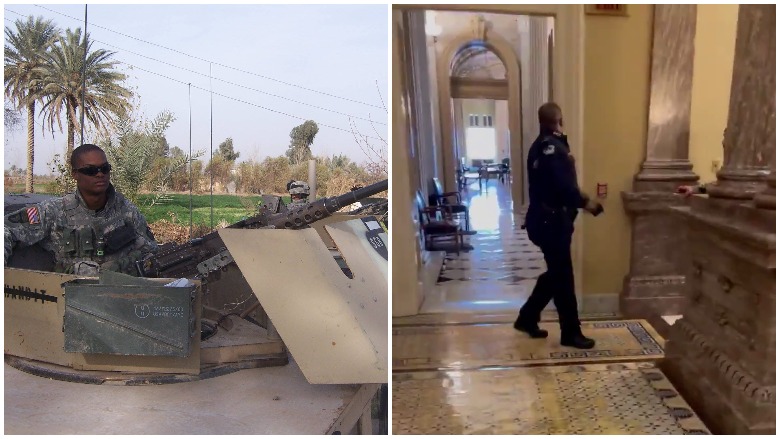 Information worth knowing, and worthy of your respect: Eugene Goodman: Police Officer Hailed as Hero for Diverting Rioters From Senate Chamber

More information now coming out how Capitol Police managed to avoid more bloodshed and the decapitation of the Presidential line of succession. If they had gotten into the Senate chambers, nobody can but guess how many more people would have died.

Considering the misplaced raged and heat of the moment type of behavior we’ve all seen on countless videos, this is not hyperbole. Both Pence and Pelosi had already been taken away under protection, but the attackers either did or did not know this.

But they certainly could have – because newly elected Colorado representative Lauren Boebert tweeted this fact: 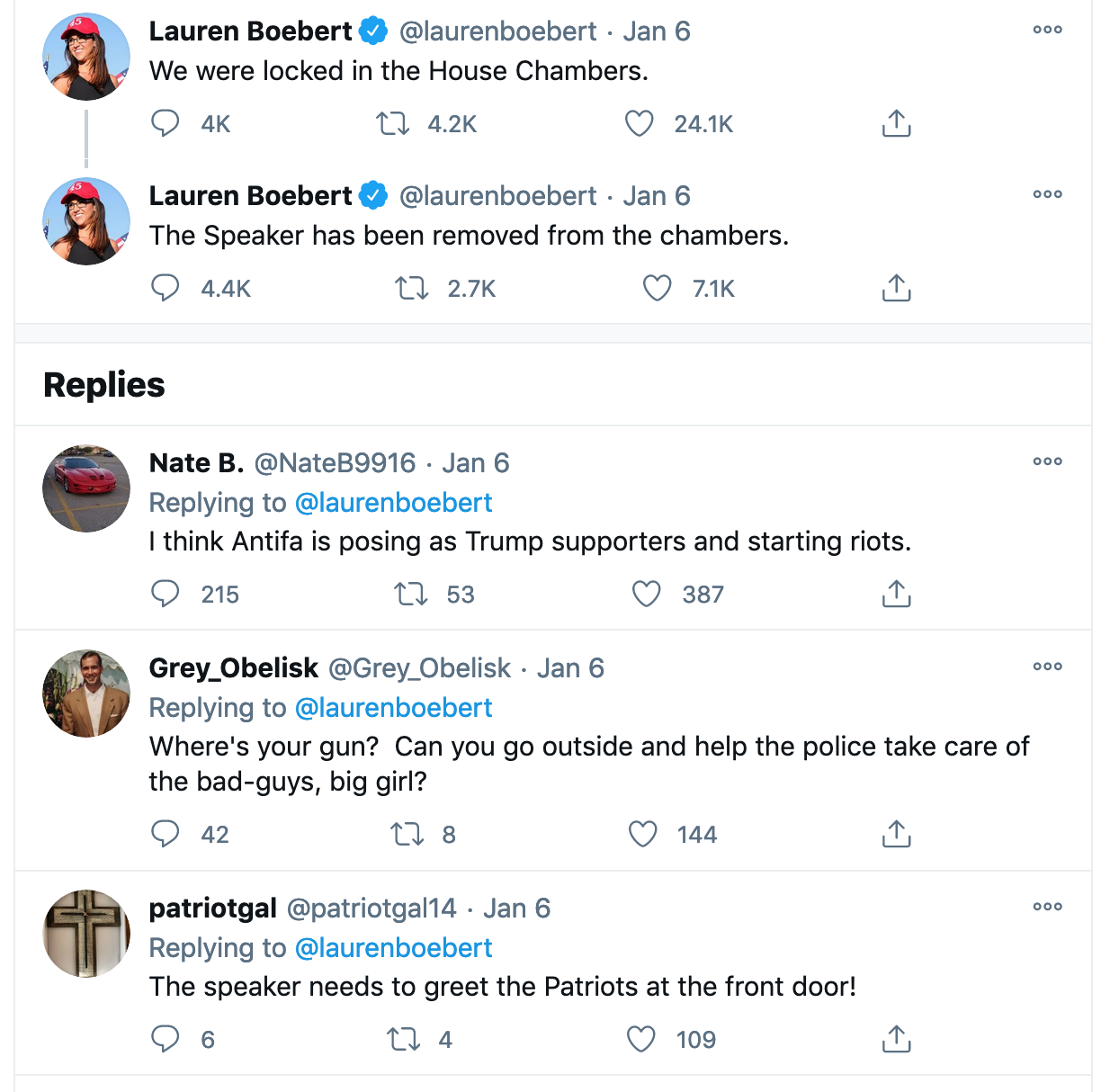 Wikipedia has a few things to share about Boebert.

We don’t know who else – or what else – was being shared from the Senate floor (or anywhere else in or around the building), but that’s not the point (at the moment). The point is why share ANYTHING at all? Especially during the attack? Especially to the general public? This is just STUPID. And likely, highly dangerous.

I have to say it – our elected leaders are DUMB AS FUCK. Clearly they’re not like Eugene Goodman who had to think on his feet in a split-second and entice the attackers away from the Senate chamber. He definitely needs to be recognized as the hero he proved to be.

But he’s Black – so half the country will deride him based upon their ignorance, connedspiracies and racism, and the other half of the country will recognize him for saving the day. January 6th was the day a Black man saved the Republic along with a bunch of other heroes on that day.

Meanwhile, we’re still stuck with idiot politicians, some who are clearly traitors. More information will be forthcoming (no doubt) as this coup attempt will face minute examination by thousands of people. It’s not my job to inform you and I can (and will) only do so much here to do so. Pay attention to the news sources because this is important. We need to get to the bottom of this so that the traitors can be held accountable.