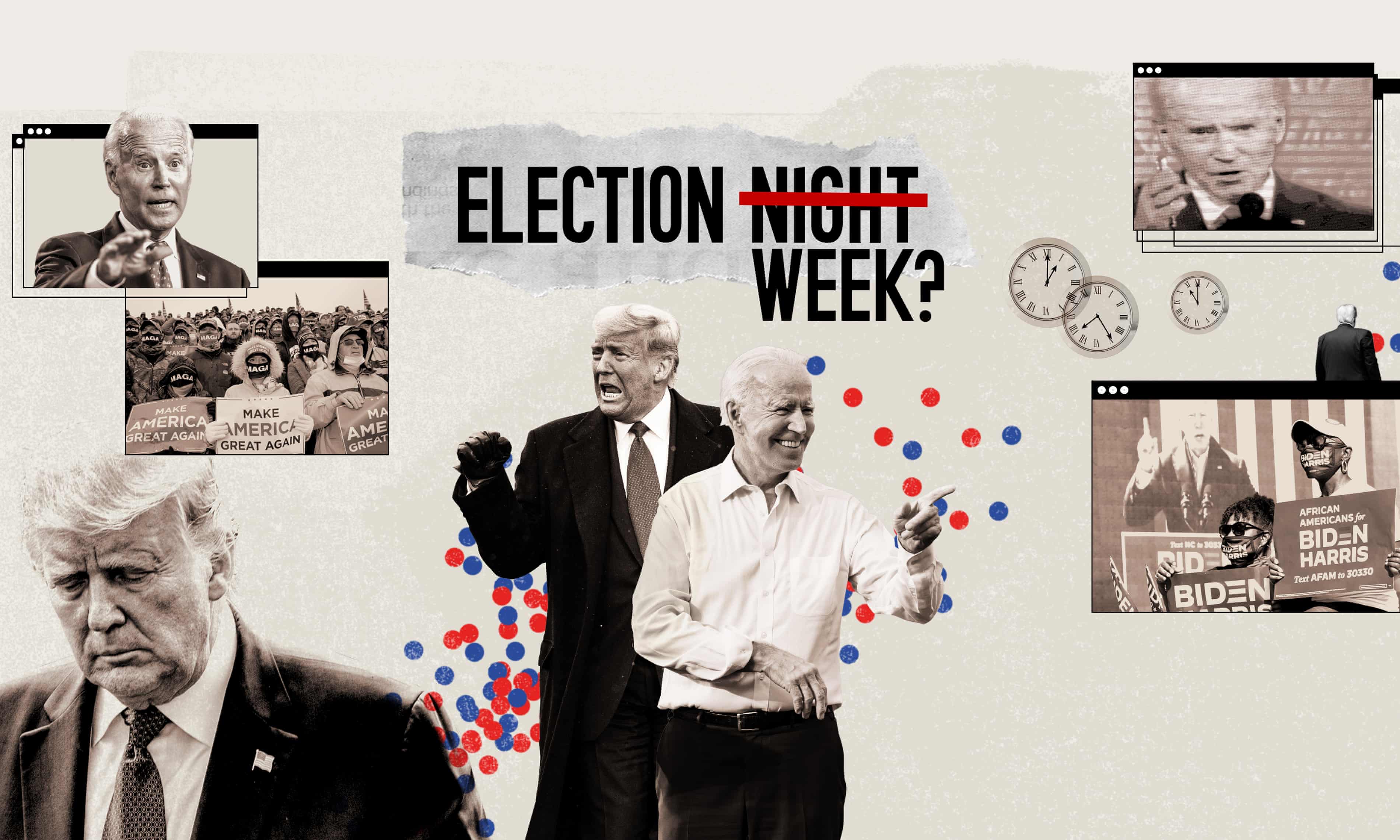 Election “night” didn’t go as I had personally hoped. I had hoped that Americans had had enough of Donald J. Trump and would forcibly eject him from the White House in a landslide. But that’s not what seems to be unfolding, despite a global pandemic, hundreds of thousands of dead, and a promise of more to come.

Trump has not won the election yet, but has already tried to claim victory and stop the vote counting. Which is beyond bizarre, it’s illegal and a sign of what may yet come. This tactic was predictable, since this cheat had already made NUMEROUS threats that he would do exactly this, including taking his “case” to the Supreme Court – weeks BEFORE the election.

Americans don’t know yet who is President for the next four years as there are tens of millions of votes yet to count, but here’s what I know so far: The failure to decisively reject Donald J. Trump and his incessant, lying, corrupt narcissism, incompetent leadership and disastrous policies and criminal enterprise means that either Americans are the stupidest people on the planet, or the Trump campaign has cheated. One or both of these claims must be true.

There SHOULD have been a landslide victory against Trump. There SHOULD have been such an overwhelming rejection of Trump that he would not have received over 200 of the Electoral College vote so far. There should have been such a laughable few that voted for Trump that we would all know that America had finally come to its senses. I cannot think of a man that is more unqualified for political office then Donald J. Trump who has lied, bribed, cheated, threatened and deceived his way into office. His impeachment SHOULD have been a clarion call for all voters to realize that this man was totally, utterly, 100% unfit for office. And all the published reports from ex-staffers, military generals, political leaders and close advisors stating exactly the same thing SHOULD have resoundingly given near-guaranteed assurances that Americans would NOT be duped TWICE.

But it’s already clear that is not what has transpired on Election Day.

Even more shocking is corrupt politicians like Lindsey Graham and Mitch McConnell who have enabled Trump’s corruption and the violations of the Constitution were reelected. This means what I already said – a HUGE percentage of Americans have absolutely lost their minds in their respective states. If I understand the early results correctly, the Senate (which enabled Trump’s corruptions to continue, his impeachment fail and on and on and on, including failing to pass hundreds of bills still languishing on McConnel’s desk) has not changed one bit. This means that if Biden does win, the hostile Senate will utterly disable any effective reforms for the country.

This election is now already worse then the 2016 “upset” because Americans have had ample opportunity to weigh in on Trump’s real performance. In 2016, despite his miserable history as a failed business man, failed celebrity, multiple bankruptcies, divorces, affairs and long history of cheating and being sued by everyone from porn stars to contractors (with over 4000 lawsuits), Trump was an “unknown” as politicians go. But we’ve had nearly four years now to judge his performance while in office, which has proven to be pathetic, miserable, divisive and full of hate, self-interest and a clear desire to be a dictator, purging non-loyalists, while publicly supporting some of the world’s worst strongmen. THAT should have been a clear sign for every American of what we elected in 2016 and what we would get again in 2020.

So there is NO EXCUSE for the fact that hundreds of millions of Americans are either certifiably insane OR that this campaign has found a way to cheat, or both are true.

The information bubble that hundreds of millions of Americans exist in is now VERY apparent. How many of these people know that TODAY is the day when the United States has officially resigned from the Paris Accords which were intended to bring countries into agreement throughout the world to limit greenhouse gasses and start ATTEMPTING to reverse the devastating effects our emissions have had on the global climate? The answer is very few, because we are all being focused on something else.

Trump is not our savior and never will be. He’s miserably failed to achieve almost all of his previous campaign promises, and during his 2020 campaign, made the same pack of lies as before.

I would have stupidly thought that his massive, personal contribution to America’s death toll would have been “enough” to clearly eject Trump from office even early on with more vote counting to go. That SHOULD have happened. The man is guilty of crimes against humanity and yet, somehow, Trump is STILL in a narrow race for the Presidency.

What the fuck is wrong with this picture? It’s only the next day but we should NOT be having to have this conversation. The defeat of Donald J. Trump should have ALREADY occurred with a landslide REFUSAL to re-elect this corrupt grifter. I am both amazed and shocked that this didn’t occur, which leads me to reiterate that either we are a VERY stupid people, deeply embedded within a grossly distorted information bubbles, or the campaign has found a way to cheat and disenfranchise tens of millions or even hundreds of millions of voters. It’s even possible both statements are true or partly true.

What is not possible is that our collective stupidity is false. We’ve all seen the Trump rally’s, and the parades, and we SHOULD have seen the violence, hate, running people off the road, and the gargantuan amount of rhetoric and vitriol being spewed by Trump supporters. We SHOULD have been fully aware that these people have no interest in following the law, or upholding the Constitution, or ensuring that the Bill of Rights which they falsely claim to venerate would apply to ALL people. Instead, they are demanding that only their rights be protected, while trying to strip away the rights of everyone else.

I’m very glad there did not seem to be any widespread reports of violence at the polls. This would have been really stupid – but these fears were grounded upon numerous reports that clearly stated that Trump supporters would show up at the polls armed – but do not forget this fact: Those stories have an effect upon the willingness of voters to even show up if they think they might be in danger. This is a common tactic of strongmen and dictators.

Nobody knows yet how many people did not show up, but this was a record turn-out in both early voting, and on election day (I think, haven’t seen the final numbers yet).

Trump is presently on the path to defeat as of this writing, but the votes all still need to be tallied, which will take some time. How he still managed to receive 213 electoral college votes (so far) remains a disturbing and terrifying mystery. This does not bode well for the future of this country.

It is apparent beyond any doubt now that many millions of Americans are hateful fascists and seek to instill a fascist leader over our Republic. Their “pick” for Trump as their fascist leader is even more mysterious as the man is grossly inept and incompetent. If he does manage to somehow win this election, the country is almost without any doubt, utterly lost and you should prepare accordingly.

The threats of civil war are not over, and now a possible “purge” on non-loyalists exists. Don’t forget Trump already claimed that anyone who doesn’t support him is a “loser”, proving that he is utterly unfit to be a leader and will only govern for his “loyalists” while attacking everyone else.

He is not President of the United States and never has been – Donald J. Trump is President of only his loyalist party and always will be while he is in office.