I had a Black Friday sale, but was afraid to announce it for fear of being trampled to death.

I need not to have worried.  A new television is a lot more valuable and important then having any storable food.

The holiday season is upon us, but it would be nicer if it weren’t. This is when the real crazies come out. Either H.A.A.R.P. is pumping out more electromagnetic crazy or it’s just something Americants “do”.

This season will be like last season. But it’s not open season, not yet. Too bad.

There are plenty of earthquakes and volcanoes going off right now (35), maybe this helps account for the crazy season. Maybe the clouds of ash are belching a chemical causing mass stupidity, iradium stupidest, now encircling the globe.

Oh, in case anybody missed it, the “October Surprise” embaced by the other fringe crazies didn’t happen either. Some of you are in for a loooong wait…

Fall is a very wierd time, every year. This is the time when all the prophets and profits come out, or their failed predictions fall through the widening cracks, but nobody really ever seems to notice. There’s never any accounting.

It’s strange.  Really strange.  All of it. Nobody seems to be able to count anything anymore. Basic math. Add, subtract, sum.  Total. What does it mean? 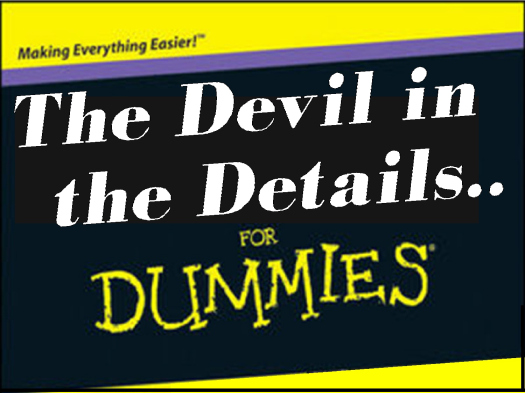 bAsIc MaTh mean understanding fundementals. Positive and negative. The sum of all that is.

Not rocket science. Simple numbers. Cause and effect.

Economists, futurists and technologists would have us believe that they can magically wave the invisible hopium wand over all of it, claiming the power of the Almighty truly – and make it all just go away. Innovation is alleged to be the salvation of humanity as the disaster(s) get larger and larger, but this doesn’t add up correctly either.  Remember the fundementals.  And this quote, recorded right here in bad english for years and years, “If you do what you’ve always done, you will get what you’ve always got“.

The other day I was reading about how the world is going to struggle to feed 9 billion people. The discussion centered around innovation, technology, waste management and so forth. None of the researchers involved even breathed a word about “population control”, or that it’s actually a very bad idea to encourage (enable) a population of 9 billion in the first place.

That’s what innovation and technology did while rapidly plundering and depleting the planet of easily found resources. But nobody bothered to add it all up, and see what it means. They’re STILL not adding it up.

I don’t think they can. It’s too far out of their worldview and expectations of the future. Their future continues to use worth like “growth” and “economy”. It’s complete crap of course, because it doesn’t add up at all. We call this hopium here, that opiate-laced ‘hope’ for the future that isn’t based upon reality.

You have to forget the fundementals to embrace bad ideas. Great big obvious things like climate going to ‘extremes’. Or available farmland. Or the transportable, abundant energy needed to harvest all that food required that must be grown somewhere. But definitely not ‘up’. Verticle farms are a joke. Never going to work. Never going to be able to offset their costs or energy requirements.

Here’s the deal. We don’t all live in the same place. And where we live matters, quite a lot. Either we import most of our food from better places to grow, or we…. uh, we actually go on importing most of our food, over 90% of it, from better places where it can grow. So this means we’ve got a gigantic transportation issue to figure out when the energy is gone or too expensive for the 8.999 billion to buy. This has not been solved, probably because it can’t. Alternative energy doesn’t replace essentials like fertilizer or transportation – essential components of the just-in-time global delivery system. Don’t expect your wind turbine or solar panel array to feed you – or anybody else, because it won’t – ever, I don’t care how large it is.

9 billion is an INSANE number. Encouraging this through innovation or technology only ensure even more suffering for the living. 7 billion is an insane number, taking 2.5 “Earths” of resources (some place this figure at nearly 5 Earths) in order to continue to “sustain” the present population. More on sustainability further down.

Let’s consider. We’ve already mined all the low-hanging fruit (oil, minerals, forests, fish, wildlife, fauna and even insects) for our connedumption and benefit. So next we planted mega-farms, after ripping up the prairie and the healthy forests, so we can produce even more food so we could breed even more humans so we could expand our civilization even further so we could make even more profits and so on and on it went for the past 200 years of sheer fucking stupidity… and in that tiny brief moment of time, we have nearly ruined it all.

We also tore into the ground and the bed of the sea to pump out toxic oil which we turned into combustion engines polluting our atmosphere and soil and acidifying the oceans which we still stupidly call “progress” while all sorts of things are dying all around us and even some of us are now dying too. But not fast enough, because we’re still doing all the same things over and over and embracing all the same values and ideals and telling ourselves again and again how great this all really is. The future of mankind is at stake and it is being called progress but it’s really correctly identified as genocide on a global scale. But we’re too busy to understand the fundamentals, there are lots and lots of wars to be fought and where there are none we can manufacture enemies out of thin air so that we can go get their resources too.

Let’s speak the truth. We’re really, really good at this shit. Self-deception. Blowing things up. Killing virtually everything on a massive scale. Forgetting how to perform basic math. Or changing the sum of “it all” to mean “progress” despite the endless bloodletting and environmental destruction recorded in the numbers.

And covering it all like a sticky toxic tar cloud is the gooey, oozing, bubbling gusher of hopium, drowning out any objections, questions or observations that something is not right is Disneyland…

Humans apparently are incapable of an honest assessment of civilization. Denial is more fun, don’cha know? At least it is when you’re pulling the trigger. Or twisting the throttle. Or pushing that button. Easier to ignore what our actions are causing then to change our ways. Hell, everybody knows that.

We should pass a law. For every economist that predicts a better future, we take the guy outside and beat him to a pulp. And for every technologist that claims their innovation is “green”, we shove the damned thing down his throat and make him eat it.

Saw a short-lived discussion on “sustainable” the other day. Idiots abound. Nothing modern civilization “does” is actually sustainable. NOTHING.  There can only be one outcome of this.

This means C.O.L.L.A.P.S.E. by “the numbers”.  Just as soon as we run out of anything essential, like raw resources, tolerable climate, energy, money, fertilizer or rare earth minerals, it all comes “‘crashin’ down” because we stand zero chance of sustaining the present population or continuing this insane expansion policy.

So how come these blabbering idiots keep projecting 9 billion living humans on a increasingly depleted planet? Even more importantly – why would they?

They’re not doing us any good. They’re deceiving billions of people.  It’s time for a tar and feathering party. Enroll them in Liars ‘R Us, with a subscription to the magazine, “Capitalism Does A Body Good”, which we can shove up their ass. Let them sit on that for a while and twirl.

I’ve reached the point where I want to beat the idiots that are still trying to deceive us all into a bloody pulp. But there are far, far too many of them. So I stay mostly silent, knowing that nothing will do any good now. Stupidity, ignorance and denial is running rampant around the globe. The Devil is laughing his ass off. Humans are sooooo stupid… They’re going to run this civilization right into the ground and declare how they thought that sustainable meant exploitable…

12 thoughts on “The Devil Is Laughing His Ass Off”