“Any careful study of history, or current events, leads to the invariable conclusion that the single biggest source of terrible mistakes is sheer stupidity.”

Hanlon’s Razor: Never attribute to malice that which can be adequately explained by stupidity.

Walter B. Pitkin of Columbia University in his book “A Short Introduction to the History of Human Stupidity” shared his opinion that four people out of five are stupid enough to be called “stupid.” That was one and a half billion people when he wrote the book (1934); its 5.6 billion now. Obviously, a rather large problem.

We also often underestimate the awful effects of stupidity.

One of the key points in “stupidity theory” is that a person’s stupidity is “independent of any other characteristic of that person”.

This may contradict some widespread opinions, but it’s confirmed by any careful analysis of the problem. This isn’t some superficial way of being “politically correct”. It’s a basic fact. It is substantially true that no human category is more intelligent, or more stupid, than another. There is no difference in the level and frequency of stupidity by gender, sex, race, color, ethnic background, culture or education level. – Giancarlo Livraghi

Cipolla’s theory, “Third (and Golden) Law” – “A stupid person is a person who causes losses to another person or to a group of persons while himself deriving no gain and even possibly incurring losses.”

Stupidity is harmful. It is not absent of harm, but it can be absent of malice.

This can actually be charted on a Cartesian coordinate if you like, but I’d rather use some specific examples of stupidity.

In my last post, I shared Mark Dice’s videos where he posed as an activist, seeking to have various Constitutional rights nullified or even outlawed.  He gives a clear explanation to the people he’s seeking signature from for the petition. Any one of the signers can be called “stupid” with the definition above.

“A stupid person is a person who causes losses to another person or to a group of persons while himself deriving no gain and even possibly incurring losses.”

Revoke the 2nd, 4th or 5th Amendments would cause direct personal and material harm to extremely large swaths of people (virtually every single American, 330+ million).

We can laugh at their ignorance, but after that? This sort of ignorance is not pleasant – it’s harmful. It’s quite stupid.

There is really no excuse either. No American over the age of 10 should be that ignorant of the Constitutional protections afforded to every American. The fact that they are, speaks volumes about our social conditioning, education and awareness and what I usually just label “brainwashing” by the media and government pundits.

The videos go deeper than this. Even when asked to pardon Barak Obama for any crimes committed in office, petitioners still signed the petition, completely and cluelessly “ignorant” of what they were doing.

Do we excuse this behavior among our fellow Americans?  Just laugh? Just exactly how serious is this?

Here is another example of stupidity that does in fact, cause great harm: “Radiation Superstition“.

The Fukushima disaster is still unfolding. Nobody has forgotten about Chernobyl or Three Mile Island (unless you received a public education). Generating thousands of tons highly toxic waste (per YEAR) that will harm the environment, humans and indeed the entire biosphere for the another half-million years is a harmful act of incredible stupidity (and arrogance).

There are countless other examples of stupidity in motion.  A few big ones: Create a civilization that exploits cheap energy while polluting and destroying the environment. Do this as long as possible. Another: Fabricate foreign enemies by secretly funding their operations and supplying them with arms. Declare war, invade and erect a puppet government. Another: Portray endless sitcoms and infomercials depicting a false existence while withholding real news and information. Another: Encourage endless consumer debt and spending to ensure life-long slavery and interest payments while abandoning and outlawing self-reliance and indigenous groups.  Another: Continue populating the world with more and more humans while rapidly destroying and depleting the environment. Another: Create a religion to control people, advocating a future “reward” (after death of course) to the adherants and damnation to the heretics.

Where stupidity prevails, the entire system becomes stupid. There are greater openings for fraud, lies and complacency. There is loss of quality, reliability, relationships and trust.

Every one of these “causes losses to another person or group” and even “incurs losses” to the “stupidee”.

I could do this all day.  Wait! – I already have. There are a few thousand blog articles on here, many depicting many acts / beliefs of sheer stupidity. Our civilization, and society is largely based upon stupidity. Countless acts, actions, activities, beliefs, notions, institutions and even technologies – all causing harm, all working against good. Every single one of them with a demonstratable “dumbness” written all over them.

Hard to believe, but there you have it. It’s right there in front of you, always has been. We’re drowing in the stuff.

People get offended (too easily) when you say “that’s stupid” or “you’re stupid”, but we need to get over that. The facts prove, every day, that stupidity is everywhere. We are all, more or less, stupid – in one way or another. If we’re willing, we learn from this. If we’re not – we continue to be stupid and cause harm.

This is how we cure stupid. By being willing to learn.

I admit to exasperation and anger at the sheer levels of heightened stupidity I’m seeing. Not good. The harm being caused is escalating to critical levels (imo). The lies, deceptions, deceit, misinformation, manipulation and outright fabrication of news and information has greatly assisted in “increased stupidity”. We’re literally choking on it now. The “dominence of stupidity” rules much of this country. No group or institution is exempt it seems. The “quality of harm” exhibited can be easily listed with varying degrees. Therefore, many of us have come to not trust them, dislike them and even sever any relationships we might have had.

I often catch myself wondering “what is it really like elsewhere?“.  Is it just as bad as it is here?  I simply don’t know.  I don’t receive hardly any contact from foreigners anymore, although I used to.  The question I think is relevant – did other groups or countries find a cure for stupidity, or at least mitigate it’s effects in any way?

The unwillingness to learn however, remains the cure. Nobody knows everything. Nobody has all the answers. Nobody can forever be “certain” about this or that – if they stop learning. Certainty (also exhibited as stubborness) can prevent self-education, neutering any possibility of learning anything else or new.  Humans adapt to changing life or circumstances and events by learning. But when “certainty” rules – learning has usually stopped.

I liken climate-denialists to flat-earthers. Certain of their opinions, never willing or daring to venture outside of their comfort zone, they stayed home, convinced of their intelligence and superiority and the “rightness” of their opinions. As history shows, this got them nowhere and now the world looks back on this antiquated and naive viewpoint as being incredibly silly. This is just as true for those who say that “humans can’t harm the environment” or any other such nonsense.

These positions are stupid by definition – they are causing a great deal of harm to other people and other things.  They’re provably wrong, demonstratably so – if they would be willing to learn.

The same goes for other viewpoints of “stupid”. Never think you know enough. Never think that there isn’t more that can be learned. Calcifying your mind into a rigid, immutable refusal to learn is stupidity itself – it causes YOU harm in the end and quite likely, others too. You may not have any malice about your refusal to learn, but that’s not even relevant.

One of the things I like about science is the willingness to learn, prove itself out, try new theories and come up with better explanations. Science is not an “end” or even “an answer”, it’s a process (of learning). It’s way better than the alternative, which is to say “not learning”.  It doesn’t however, have to be “science” and proving theories, making experiments – it just has be “learning”.  Reading, studying, reviewing and opening up your mind and your intelligence to more information is how it’s done.

The Internet was supposed to cure stupid – but it didn’t.  We share a great deal of information now and even more on the Deep Web (over 500 times larger then the commonly known “Internet”).  Much of it is pure garbage, designed to distract, titilate and even destroy your intelligence. Misinformation / disinformation agents and provacateurs haunt the online experience in vast armies. Many paid pundits, Internet “rock stars” and popular figures are very much involved in “blowing your mind” full of absolute crap and useless bit of information, so you do have to be careful.

The inventor of the word “tittytainment” is Zbigniew Brzezinski, who was Jimmy Carter’s national security advisor for four years, from 1977 to 1981. [He was also co-founder with David Rockefeller, in 1973,of the Trilateral Commission, “a private organization established to foster closer cooperation among the United States, Europe and Japan”. He is now a senior advisor in President Barack Obama’s staff.]

He first used the word at a discussion with several world leaders who gathered at the Fairmont Hotel in San Fancisco at the invitation of the Father of Glasnost and Perestroika, Mikhael Gorbachev, late September 1995.
The discussion concerned “the future of work”. They sketched out a new social order and everybody there seemed to agree that in the society of the 21st century, 20 % of the people will have work and 80 % will be kept docile, as if in a state of semi-hypnosis, by means of what Zbigniew Brzezinski called “tittytainment”: a mixture of deadeningly predictable, lowest common denominator entertainment for the soul, and nourishment for the body.

The word “tittytainment” is built up from “tits” and “entertainment”, akin to mothers nursing and conditioning children with a plug-in drug. Tittytainment

Of course, this is still with us. The new social order does seem to be about keeping us deliberately stupid (deny / disuade learning) and entertained with cheap sexual thrills. A docile population is indeed what we have become. Describing Americants as “zombies” in a “semi-hypnosis” would be quite accurate. And finally, the “nourishment for the body” (beyond the scope of this post) is deadly poison these days, designed to fatten, flatten and fluxum your brain and your body.

“Entetanimiento” is a mixture of mediocre and trivial entertainment, intellectual garbage, propaganda, psychological and physically nourishing elements, with the purpose of satisfying human beings and keeping them conveniently tranquillized, perennially anxious, submitted and servile to the will of the oligarchy that decides their destiny without allowing them any opinion on the subject.  “Entetanimiento” is the best alibi provider that has ever existed, the prism through which we can observe the world without feeling guilty or obliged to take responsibility for our actions. 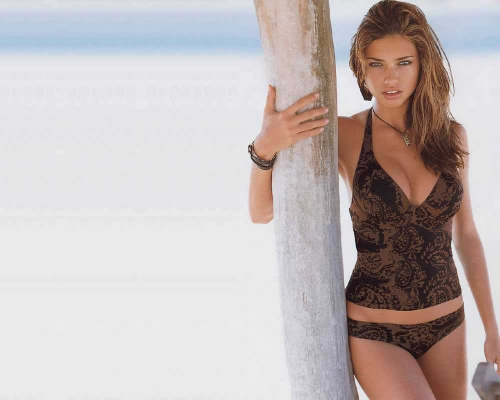 We have arrived, indeed.