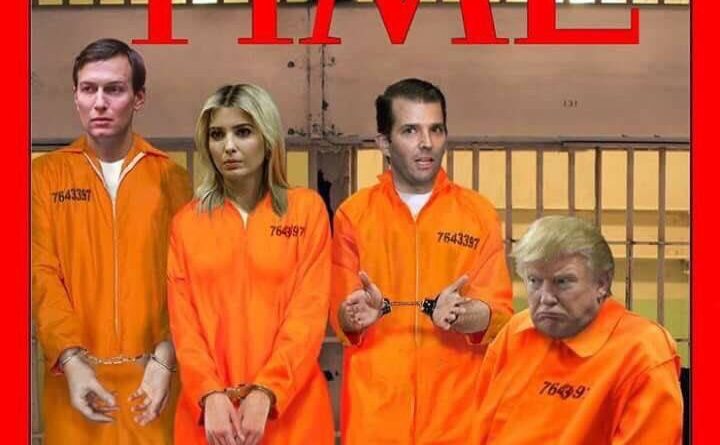 More truly stupid connedspiracies are floating around, trying to convince the brain dead that the 2020 US Election was somehow stolen.

I’m amazed that none of the website and idiots promoting these theories even bother to do the slightest fact-checking on these stories, or the people who are behind these stories.

Here’s some evidence that even being a retired US General doesn’t mean your smart, truthful or anything other then a complete nutcase: Thomas McInerney

McInerney is one of the crackpot voice behind the Hammer and Scorecard connedspiracy:

This the same General who is now claiming that a “server farm” was “attacked” in Germany that rigged the US Election.  Of course, zero proof, zero evidence, which is par for the course for these idiots. They just make this shit up and hope it sticks – which it does in the vile bowels of the StupidNet.

The reason I share this type of information is because the connedspiracy claims keep getting worse and worse, culminating in to calls to murder Americans.

There are TONS of scam-artists that have wormed their way into extremely lucrative contracts with the US Government – all claiming to have inside information of threats and the ability to uncover them. Many of these claims are totally fabricated, but they have had huge impacts upon America and much of the world which we all remember:

Returning to McInerney, even Fox News got rid of this guy (just when I thought there was no connedspiracy too stupid for Fox):

The problem for Americans is these connedspiracy claims continue to escalate higher and higher, culminating in calls for widespread violence and death.

Evangelical activist: Joe Biden’s military will be a ‘transgender atheist army for the Antichrist’

There are thousands more just like this – outright calls to start killing off Americans. I don’t want to post the links here because these people are sick in the head and I don’t want to give any credence to any of their claims. It’s very, very easy to find these sites and even easier to disprove their theories. But that doesn’t change anything (facts do not matter). The greater the connedspiracy, the more traction it seems to obtain.

There is no doubt whatsoever that Trump will be gone on January 20 from the White House, but some of his followers are planning on violence. Because they’re stupid, uninformed, violent, hateful, connedspiracy idiots, falling for every bogus theory, claim and story being churned out from around the world. They’ve lost all sense of reality, the rule of law and right and wrong.

They’ve no moral compass whatsoever, and believe they are fully justified in their claims to murder Americans. They inhabit many of the churches in America and have apparently abandoned all notions of Christian ethics and morality.

America is overflowing with such people, literally slobbering for the ‘opportunity’ to enact their hateful brand of vengeance on everyone else. Everyone not like them.

Of course, Trump & Company are doing nothing to discourage these calls for violence and he never has. He’s done the opposite, encouraging them to ‘engage’. This is a crime in itself, and it should not be tolerated by anyone. The President is supposed to be the lawful representative of ALL the people, not just the fringe, extremist elements.

I’m guessing that prosecution awaits Trump and his entire family – which will surely enrage his loyalists even further. We’re not there yet, and a Presidential Pardon issued by Trump for himself and family won’t legally go far enough to protect any of them (State crimes will still be prosecutable). We’ll just have to wait and see, but this would be justice (finally) for all the crap Trump has pulled. But they also need to prosecute all of his enablers and helpers, the army of men and women both in an out of office that helped this con-man operate.

We’ll have to build a bigger prison.

So save your money for the days ahead when America devours itself and falls apart. You’re going to need it.