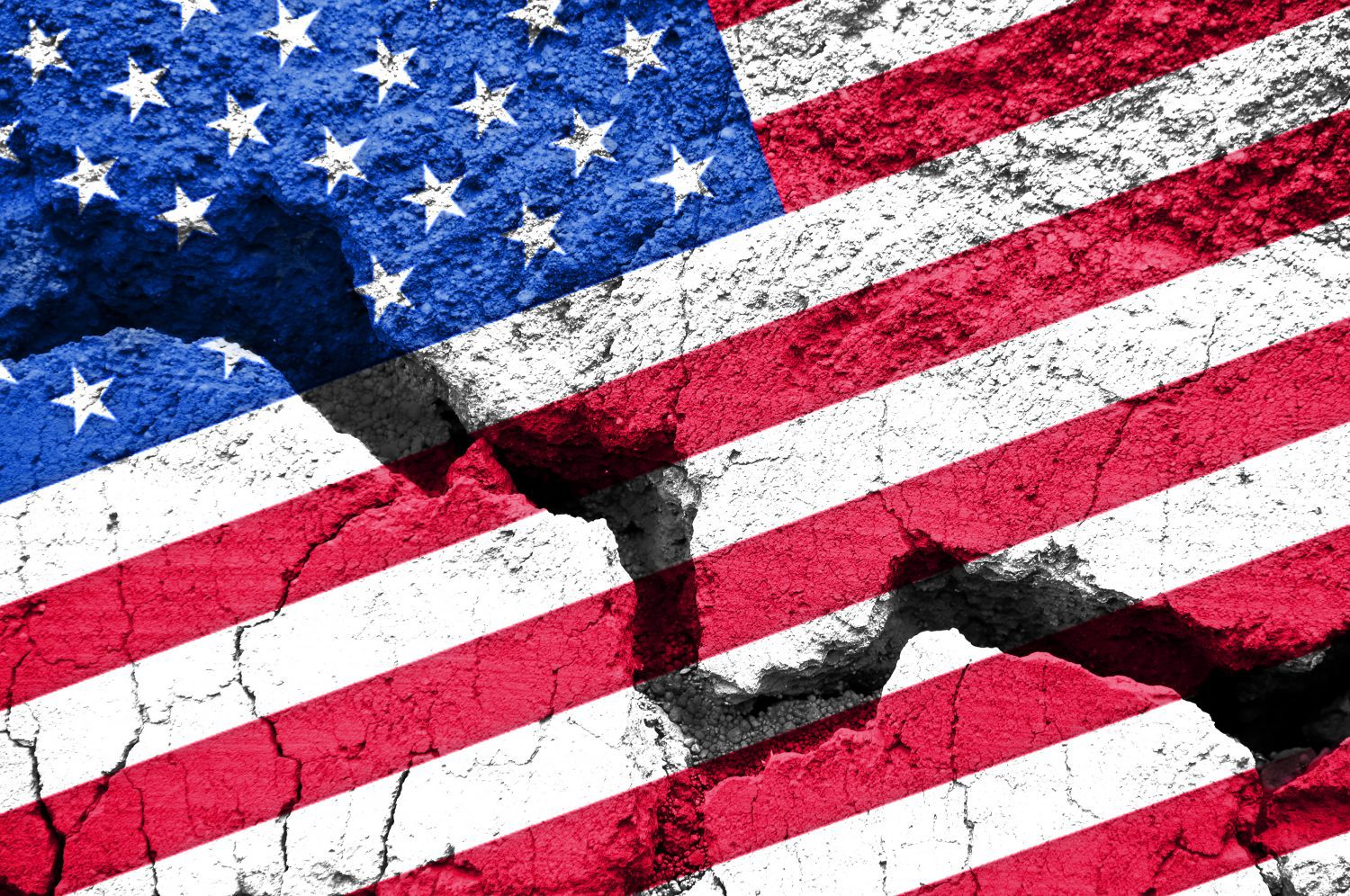 I’m not real sure how to title this post – or how it should be shared. But I think this post is very important and everyone needs to consider this information.

It is now very evident that America is headed towards a violent conflict from within. I am not referring to street protests, property destruction and anger that has characterized some of the recent protests during the summer of 2020. I am referring to the demand from many venues for civil war to begin around the election in November, 2020 no matter the election outcome.

Even a casual perusal of the articles, comments and vitriol being posted online (which has rapidly increased), to include social media, videos and other sources of news, reveals both the fear and the bizarre misguided desire for many American to engage in a killing spree of other Americans. Many people now believe, through well-funded massive disinformation campaigns, that the time is now.

No, none of this is legal, moral, justifiable, or even necessary, but that’s frankly beside the point I’m trying to convey. It’s happening. And those who are foaming at the mouth to begin this conflict have no idea what they are about to unleash on the rest of us, or what is in store for them either.

Armed groups and individuals are now gearing up all over this country. It’s been underway for over three years, and even before that, but never before has it reached the fever-pitched levels as now. Many of these people are QAnon followers and of course, many are Trump supporters. Others are not, and are getting just as ‘ready’ for what they believe is now inevitable.

Donald Trump has primed the pump with rhetoric and calls for violent actions. I believe that this is deliberate and cunning tactic giving Trump the upper hand – he comes out ‘winning’ no matter what happens to the election in November.

If Trump wins the election, this will be taken as a sign that it’s time to clean house of all the detractors, ‘enemies’ and non-supporters. This violence will then be blamed on the losers, whether or not they actually start shooting first, or even if it is in self-defense. A win for Trump is ‘the sign’ many are waiting for that it’s time to clean up the ‘enemies camp’ of liberals, progressives, Democrats, LGBT and non-Trump supporters. It won’t matter which ‘side’ fires the first shot (that’s already happened by the way), the outcome is still the same. The losers will claim the election was ‘stolen’ and the ‘defenders’ will make a call to arms. If you read what is being written and posted – this is what is now unfolding.

If Trump looses the election, or even if it just contested, his base will claim the election is being ‘stolen’ and have vocally claimed they will engage with violence to ‘defend Trump’ and the ‘election’ which should have seen Trump win (according to them). Violence still unfolds as the two sides disagree and clash. And won’t take much of a spark for the retribution and responses to turn this into a conflagration.

This is how Trump ‘wins’ no matter what. He has deliberately tried to divide the nation and mobilize his base to take actions on his behalf for years. Trump is deliberately trying to destroy America. He’s publicly proclaimed that ‘they’ are trying to steal the election, that mail-in voting is a part of this ‘scheme’ and is plagued with problems, and has even said he would not concede if he wasn’t elected. He has further set the stage by claiming Democrats are ‘the enemy’ of Americans, and has gone after anyone who has opposed him, testified against him, or claimed he was unfit for office. These are the characteristics of a dictator – not a President.

Trump is either a Manchurian candidate beholden to Russia (Putin) or such a bumbling, narcissistic, ignorant fool that he doesn’t care what happens to his own country, and is willing to sacrifice the entire nation. I think he’s both – he’s Putin’s puppet AND a massive fool who is willing to destroy his own country to stay in power. He’s the perfect tool for Putin who is playing him.

There are enormous sums of money now being spent to create and nurture the deep and deadly division in America – which begs the following questions:

a) Who is paying for all of this disinformation and division?
b) Who benefits from dividing the country?
c) Why would civil war change anything for the better?
d) Why have so many Americans so easily abandoned the Constitution, the Bill of Rights, and the rule of law?
e) Who is creating all of the conspiracies that are now being embraced? And to what end?

Some of this information is now known. There are a number of investigative sites and reporters taking apart the QAnon meme – where it came from, some of the people behind it and what is it that ‘they’ claim they want. Update: this just came out  – Logically Investigation Uncovers QAnon Central Hub Hosting Phishing Scams; Direct Ties to Jim Watkins

Along with QAnon, there are many other groups involved in the escalation towards civil war, several which I have detailed here before. They’re still at it – literally salivating over their ‘opportunity’ to unleash hell. And there are many false claims coming from these groups too, such as ‘Antifa’ being the real culprits behind the call for civil war (not true). I do not believe this is true – it’s just another false claim out of many.

Americans are now starting to panic – and rightly so. There does not seem to be an effective suppression and resistance to this call for civil war. Why not is another ‘conspiracy’, but it’s possible that those who should be tasked with preventing this are more interested in letting it happen then not. Many of the police and sheriff’s are on the side of the ‘right’ and have embraced many of the conspiracies that permeate these groups, and they see themselves ‘losing’ right now (power, funding and support, along with legal battles). This could explain why they have not stopped the armed insurrection already seen during the summer of 2020. They perceive this as a supportive efforts to help maintain their former position.

The danger here should be evident – armed citizens are not authorized by law or the Constitution to engage in the killing or suppressing other citizens. Those are the actions of vigilantes. This is the job of law enforcement and the National Guard. But so far, nobody has put a stopped to these armed incursions. Everyone should be asking “why” when it is both illegal and highly dangerous as the evidence now proves.

I’ve seen this now with my own eyes. Armed groups ‘protecting’ against ‘antifa’ are bullying their way around businesses and homes. Antifa is nowhere to be found, but that hasn’t stopped these idiots from showing up armed to the teeth. They clearly haven’t thought it through what it would mean if anyone got shot – but Kyle Rittenhouse is now finding this out after killing several people. He’s no hero – he’s a vigilante and is being charged with first-degree murder. He’s now thrown away his entire life after taking the lives of several others AFTER he had already killed another man.

That’s what the video shows – he had already killed another man, then ran down the street and they then tried to stop him, with two more losing their lives and a fourth man injured (shot). That’s NOT the actions of a “hero”. Rittenhouse is going to get what he deserves – but it should have NEVER happened and this teenager should have been stopped by law enforcement from even being there armed with an assault rifle. This is an example of a massive failure and evidence that law enforcement is not at all up to the task of stopping insurrection and civil war – and maybe, they don’t want to. This is not the first time (or the last time) this has happened either.

There are now significant numbers of Americans, numbering in the tens of thousands (if not more) that believe it is the moral right and even their “duty” to kill other Americans that do not share their political or religious views. If you do not believe this – read this article, and then read the comments:

I now put the chances of civil war at around 80% – 90% “true” (as in, it’s going to happen) – because a) I’ve seen nothing that is trying to stop this; b) both the rhetoric and actions of those advocating for civil war is drastically increasing; c) even the mainstream news is now sounding the alarm; and d) law enforcement may even be encouraging this. Not every report about the coming civil war is credible, but there’s little time left to worry about that right now. If it’s going to happen, it could be mere weeks away.

Moreover, there are just too many loose cannons and nutjobs out there that are willing to toss morality to the wind and take the ‘law’ into their own hands in some misguided notion that they’ll be supported by other Americans – except that they do not have have the law on their side and never will. Nobody with any authority has lawfully authorized them to take actions either, so they’re actually criminals on their own, or wanna-be criminals, inciting calls for violence or trying to start violence. And even this hateful rhetoric is not being adequately stopped now either.

The President should be putting a stop to this – but the exact opposite is happening, he’s inciting calls for direct violence – which is a very dangerous game. I can only conclude that he fully supports this lawlessness and the call to arms to eliminate his detractors – which puts him on par with a dictatorship. Whether he wins or loses the election, the violence will be unleashed, which is apparently what he now wants.

A true leader would be doing everything in his power to prevent such needless bloodshed, but we have to remember, we’re talking about Donald J. Trump here. He’s incapable of honesty, integrity and leadership and is only interested in re-election and holding onto power. And he’s managed to help convince millions of Americans to back up this play.

This is the destruction of the Republic and the end of democracy for America. What will ensue will be horrible, brutal and ugly. Countries that have turned within and devoured their own are damaged almost beyond repair, taking generations to heal. We do not have that kind of time because there are other existential events also unfolding other then civil war. If this happens – kiss your country goodbye, forever. The nation will fracture and splinter and never fully recover.

This is the time when Americans should be uniting and trying to solve both our differences and problems together – but it’s not happening on a large enough scale. The US leadership at the highest levels has betrayed the US Constitution and the Bill of Rights and abandoned the rule of law, leading millions of Americans astray to do deadly harm to other Americas. These are very dangerous times, unlike anything I have ever seen or hoped to see.