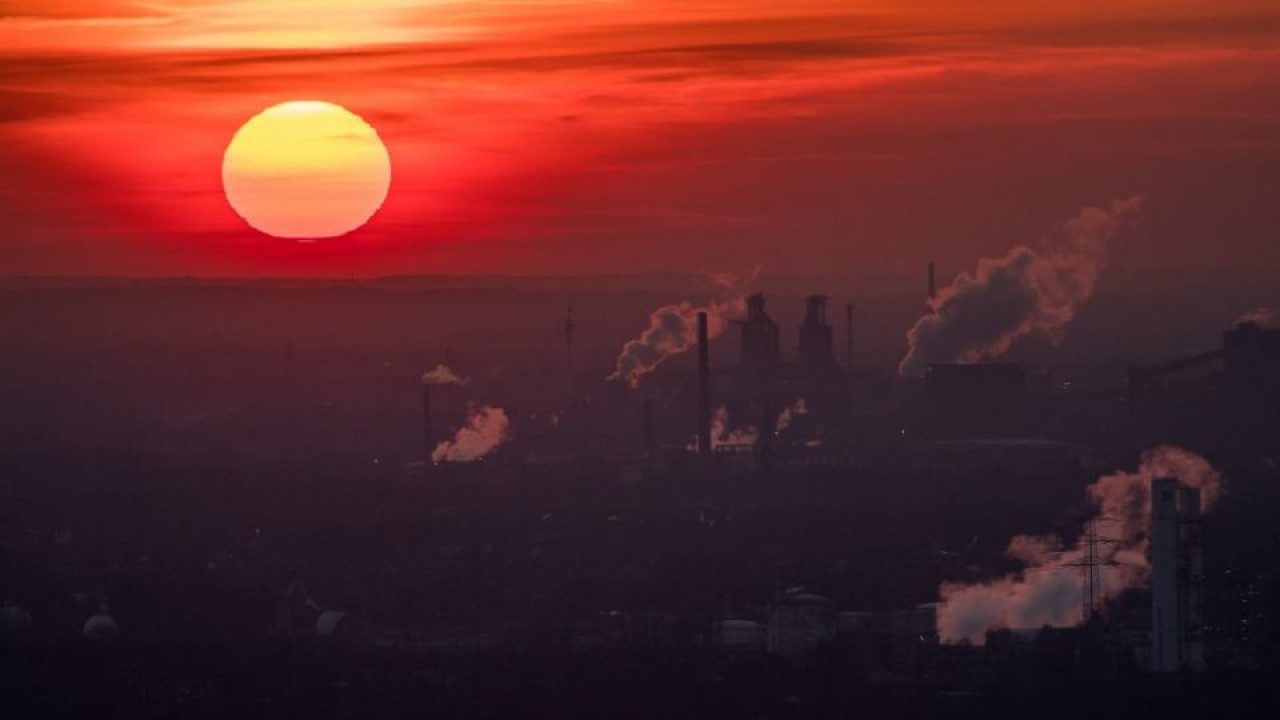 Scientist, economists and activist alike have proposed different ideas on how humanity might lower our carbon emissions to the atmosphere. An entire glossary of terms has arisen to describe their ideas and efforts. They have coined terms such as:

In an effort to portray misguided optimism for reducing or allegedly, even eliminating carbon dioxide contributions to the Earth’s atmosphere, these terms are often found in climate reports, executive summaries and proposals for reducing carbon dioxide. The media too employs these terms liberally, with the implication and false assumptions that these proposals (none exist as yet) will manage to save Earth’s climate from disaster.

For now, these are paper exercises, they do not actually exist, they are mostly proposals for the time being at least, with a few in nascent stages of development, while the world keeps on emitting more carbon then ever. Carbon dioxide is not the only greenhouse gas humans are emitting from the burning of fossil fuels. Burning oil produces carbon dioxide, sulfur dioxide, methane and nitrous oxide, all greenhouse gasses. Burning coal, natural gas, propane, gasoline and diesel also produce the same gasses in differing amounts, but none are “carbon free” (not even close).

All of these fossil fuels are required energy sources for a “zero carbon” economy. You cannot have a zero carbon economy in reality, the lie is to hide this actual fact. Nor can you have “decarbonization” or “net zero” carbon economy when you’re still burning fossil fuels to power the same. It is a factual impossibility.

But that doesn’t stop the propaganda brokers from perpetuating the lies, they claim that the zero carbon economy is going to power itself and is at present, “just out of reach” as they scheme and plan on how to extract the most profits from gullible governments and investors. So far, they’ve had great success.

The global economy cannot exist without fossil fuels being extracted, refined and burned. It will never happen. Fossil fuel is what mines the minerals, smelts the ores, ships the raw material, produces the parts, assembles the assemblies, transports the shipments, repairs what breaks and even produces the energy for all of this. From raw materials to finished product, and at ever step in between, including the food and water we grow and need to eat while working in these factories, fossil fuel burning is what makes it all possible. Anyone that tells you different is either deliberately lying or grossly uninformed.

Virtually all of these terms are disingenuous and hide from the public and uninformed policy makers the actual fact that crude oil, and oil derivatives in all of its forms (gasoline, diesel, jet fuel, etc.) will continue to be burned to power civilization, releasing a never-ending flood of greenhouse gases into the atmosphere. None of these terms accurately describe the reality of continued oil extraction and production that will continue to exist as long as industrial civilization still exists.

Monetizing emissions brings enormous profits to companies and traders that participate in these schemes. What they’ve done is to create shell-game of Three-Card Monte, where you get to “guess” where the carbon is really being produced, because NONE of these schemes actually stop the burning of fossil fuels which are still being burned. Again, if someone tells you otherwise, whether it be in print, on the television or elsewhere, they are either lying or are grossly uninformed.

One ton of oil when burned, producing nearly four tons of carbon dioxide because each carbon atom will combine with two oxygen atoms in the air to make CO2.

There seems to be a deliberate attempt to convolute the issue of how much carbon is produced by burning oil. Grams, megajoule’s, kilowatt hours, Btu’s (British Thermal Units), the amount of carbon produced is dependent upon the oil or fuel source. But to give you some idea:

Question: How much CO2 is produced by burning 100 billion barrels of oil?

Answer: This question can be answered using the EPA’s calculator: Greenhouse Gases Equivalencies Calculator – Calculations and References | US EPA

This shows that burning this much oil would generate 43 billion tonnes of CO2, which is slightly more than the total amount of CO2 generated by all fossil fuel combustion world wide.

That answer does depend on the particular crude oils considered in the average that EPA have used but it gives you some idea of the amounts involved.

I was left wondering why you chose 100 billion barrels of oil – it’s a huge amount, approximately 3 years worth of the total world consumption of crude oil.

That’s just 3 years worth! It’s clearly not a huge amount at all considering we already burned this since this was written in 3 years ago.

How much CO2 does the world produce in a year? It’s 43 billion tons per year (estimate) from all sources combined.

Wrap your head around that fact – how in the world can “net zero” or “carbon neutral” or any other scheme actually solve this enormous problem? Not all of this carbon will go into the atmosphere, some of it will be absorbed by the oceans and plants, but clearly enough of this carbon is not being absorbed, which easily explains why C02 levels keep going up faster and faster.

Once it’s added to the atmosphere, carbon dioxide hangs around for a long time: between 300 to 1,000 years. So add that fact to your warning alert: the climate changes we are already experiencing are guaranteed to last just as long unless we can safely remove the existing levels of carbon dioxide and stop adding anymore. But there is NO PROPOSAL to stop burning fossil fuels which will continue to power civilization.

And this is just carbon dioxide, we should not forget the other greenhouse gases we are emitting:

Water vapor isn’t something we directly produce, it’s set by air temperatures, which we are definitely causing to change. But it is actually the most potent greenhouse gas of all, trapping the most heat. It’s short lived compared to carbon dioxide and probably the only real reason water vapor hasn’t already cooked the planet from trapping infrared radiation.

Supposedly, the carbon schemes will reduce the amount of emissions we are producing – once they come off the paper exercises that they truly are and become an actual reality. But I have serious doubts about their validity and effectiveness, knowing the real truth that we are still burning fossil fuels at every possible step and in every possible way.

If We Burned All the Fossil Fuel in the World

If mankind managed to combust the world’s known conventional deposits of coal, gas, and oil, and then went on to consume all of its “unconventional” ones, like tar-sands oil and shale gas, the result would be emissions on the order of ten trillion tons of carbon. Average global temperatures would soar, and the world would remain steamy for millennia. After ten thousand years, the planet would still be something like fourteen degrees Fahrenheit hotter than it is today. All of the world’s mountain glaciers and the Greenland ice sheet would melt away; Antarctica, too, would eventually become pretty much ice free. Sea levels would rise by hundreds of feet.

This is not accurate either – it would be much worse then this (hotter, sooner, and far longer). Since nobody has ever figured out how to replace all the melted ice (it’s not really “missing” as I’ve said before, it’s drowning your driveway) the loss of ice would create a Hothouse Earth long before we managed to burn all the fossil fuels.

I couldn’t find an easy reference for how much C02 would exist if we burned all the fossil fuel, but it’s irrelevant anyway. At 418 ppm now, we’ve already crossed extremely dangerous tipping points that will be either impossible to fix – or require such a gargantuan effort and entire redesign of our industrial civilization that we will likely fail anyway.

The notion that the world will:

Possible? As a paper exercise, a bare “maybe”, but doable? No way, no how. We would need to massively reduce global populations, abolish all types of industries and businesses, end the “for profit” schemes of most human activities, still plan on enormous, global relocation efforts and abandonment of cities and coastlines, virtually end the oil industry, military expansionism, and completely re-engineer global food production. This would be just the beginning of societal changes that would need to be done – and no, they won’t do it.

The reality is this – If we EVER hope to achieve a sustainable, livable future where Earth’s habitability isn’t completely destroyed, we will have to rebuild our civilization from the bottom up, and frankly, nobody is willing to that. Nobody is even willing to have this conversation let alone make any actual effort. And should we ever, somehow magically pull this off – we’d still have to deal with rising temperatures that are literally “baked in” now. Mitigation and adaption efforts would have to be globally enforced and immediately undertaken. I see zero possibilities that this will ever happen.

4 thoughts on “Carbon Scams and Lies”