[This is from mi2g, and site / source I am not familiar with.  They’re “Global Risk Specialists” according to their website – Admin]

[Please note that the views presented by individual contributors are not necessarily representative of the views of ATCA, which is neutral. ATCA conducts collective Socratic dialogue on global opportunities and threats.]

A new and less well known asymmetric threat has surfaced in the Gulf of Mexico oil gusher. Methane or CH4 gas is being released in vast quantities in the Gulf waters. Seismic data shows huge pools of methane gas at the location immediately below and around the damaged “Macondo” oil well. Methane is a colourless, odourless and highly flammable substance which forms a major component in natural gas. This is the same gas that blew the top off Deepwater Horizon and killed 11 people. The “flow team” of the US Geological Survey estimates that 2,900 cubic feet of natural gas, which primarily contains methane, is being released into the Gulf waters with every barrel of oil. The constant flow of over 50,000 barrels of crude oil places the total daily amount of natural gas at over 145 million cubic feet. So far, over 8 billion cubic feet may have been released, making it one of the most vigorous methane eruptions in modern human history. If the estimates of 100,000 barrels a day — that have emerged from a BP internal document — are true, then the estimates for methane gas release might have to be doubled. 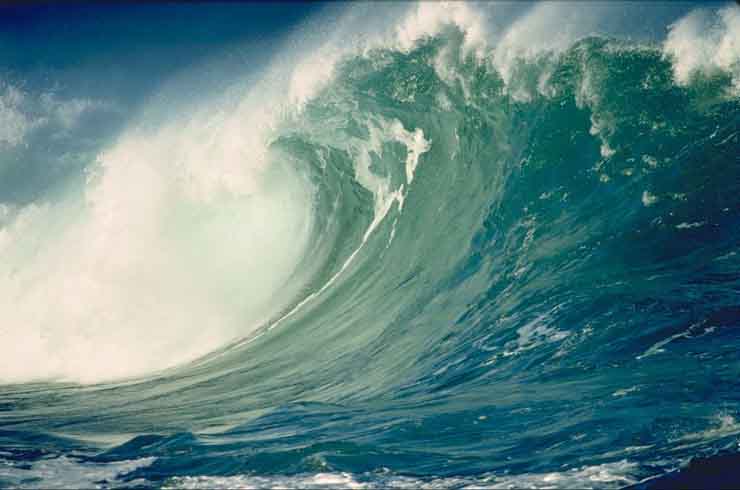 Older documents indicate that the subterranean geological formation below the “Macondo” well in the Gulf of Mexico may contain the presence of a huge methane deposit. It has been a well known fact that the methane in that oil deposit was problematic. As a result, there was a much higher risk of a blow out. Macondo shares its name with the cursed town in the novel “One Hundred Years of Solitude” by the Nobel-prize winning writer Gabriel Garcia Marquez.

By some geologists’ estimates, the methane could be a massive bubble trapped for thousands of years under the Gulf of Mexico sea floor. More than a year ago, geologists expressed alarm in regard to BP and Transocean putting their exploratory rig directly over this massive underground reservoir of methane. Warnings were raised before the Deepwater Horizon catastrophe that the area of seabed chosen might be unstable and inherently dangerous.

The US Environmental Protection Agency (EPA) has found high concentrations of gases in the Gulf of Mexico area. The escape of other poisonous gases associated with an underground methane bubble — such as hydrogen sulfide, benzene and methylene chloride — have also been found. Recently, the EPA measured hydrogen sulfide at more than 1,000 parts per billion (ppb) — well above the normal 5 to 10 ppb. Some benzene levels were measured near the Gulf of Mexico in the range of 3,000 to 4,000 ppb — up from the normal 0 to 4 ppb. Benzene gas is water soluble and is a carcinogen at levels of 1,000 ppb according to the EPA. Upon using a GPS and depth finder system, experts have discovered a large gas bubble, 15 to 20 miles wide and tens of feet high, under the ocean floor. These bubbles are common. Some even believe that the rapid release of similar bubbles may have caused the sinking of ships and planes in the Bermuda Triangle.

The intractable problem is that this methane, located deep in the bowels of the earth, is under tremendous pressure. Experts agree that the pressure that blows the oil into the Gulf waters is estimated to be between 30,000 and 70,000 pounds per square inch (psi). Some speculate that the pressure of the methane at the base of the well head, deep under the ocean floor, may be as high as 100,000 psi — far too much for current technology to contain. The shutoff valves and safety measures were only built for thousands of psi at best. There is no known device to cap a well with such an ultra high pressure.

The crude oil from the “Macondo” well, which is damaging the Gulf of Mexico, contains around 40 percent methane, compared with about 5 percent found in typical oil deposits. Scientists warn that gases such as methane, hydrogen sulfide and benzene, along with oil, are now depleting the oxygen in the water and are beginning to suffocate marine life creating vast “dead zones”. As small microbes living in the sea feed on oil and natural gas, they consume large amounts of oxygen which they require in order to digest food, ie, convert it into energy. There is an environmental ripple effect: when oxygen levels decrease, the breakdown of oil can’t advance any further.

According to geologists, the first signs that the methane may burst its way through the bottom of the ocean would be manifest via fissures or cracks appearing on the ocean floor near the path of least resistance, ie, the damaged well head. Evidence of fissures opening up on the seabed have been captured by the robotic midget submarines working to repair and contain the ruptured well. Smaller, independent plumes have also appeared outside the nearby radius of the bore hole. When reviewing video tapes of the live BP feeds, one can see in the tapes of mid-June that there is oil spewing up from visible fissions. Geologists are pointing to new fissures and cracks that are appearing on the ocean floor.

The stretching and compression of the earth’s crust causes minor cracking, called faults, and the bottom of the Gulf of Mexico has many such fault areas. Fault areas run along the Gulf of Mexico and well inland in Mexico, South and East Texas, Louisiana, Mississippi, Alabama and the extreme western Florida Panhandle. The close coupling of new fissures and cracks with natural fault areas could prove to be lethal.

A methane bubble this large — if able to escape from under the ocean floor through fissures, cracks and fault areas — is likely to cause a gas explosion. With the emerging evidence of fissures, the tacit fear now is this: the methane bubble may rupture the seabed and may then erupt with an explosion within the Gulf of Mexico waters. The bubble is likely to explode upwards propelled by more than 50,000 psi of pressure, bursting through the cracks and fissures of the sea floor, fracturing and rupturing miles of ocean bottom with a single extreme explosion.

Huge methane gas bubbles under a ship can cause a sudden buoyancy loss. This causes a ship to tilt adversely or worse. Every ship, drilling rig and structure within a ten mile radius of the escaping methane bubble would have to deal with a rapid change in buoyancy, causing many oil structures in its vicinity to become unstable and ships to sink. The lives of all the workers, engineers, coast guard personnel and marine biologists — measuring and mitigating the oil plumes’ advance and assisting with the clean up — could be in some danger. Therefore, advanced safety measures should be put in place.

If the toxic gas bubble explodes, it might simultaneously set off a tsunami travelling at a high speed of hundreds of miles per hour. Florida might be most exposed to the fury of a tsunami wave. The entire Gulf coastline would be vulnerable, if the tsunami is manifest. Texas, Louisiana, Mississippi, Alabama and southern region of Georgia might experience the effects of the tsunami according to some sources.

After several billion barrels of oil and billions of cubic feet of gas have been released, the massive cavity beneath the ocean floor will begin to normalise, allowing freezing water to be forced naturally into the huge cavity where the oil and gas once were. The temperature in that cavity can be extremely hot at around 150 degrees celsius or more. The incoming water will be vaporised and turned into steam, creating an enormous force, which could actually lift the Gulf floor. According to computer models, a second massive tsunami wave might occur.

The danger of loss of buoyancy and cascading tsunamis in the Gulf of Mexico — caused by the release of the massive methane and poisonous gas bubble — has been a much lower probability in the early period of the crisis, which began on April 20th. However, as time goes by and the risk increases, this low probability high impact scenario ought not to be ignored, given that the safety and security of the personnel involved remains paramount. Could this be how nature eventually seals the hole created by the Gulf of Mexico oil gusher?