(National Geographic News) – The polar ice sheets are indeed shrinking—and fast, according to a comprehensive new study on climate change.

And the effects, according to an international team, are equally clear—sea levels are rising faster than predicted, which could bring about disastrous effects for people and wildlife.

“the pace of ice loss from Greenland is extraordinary, with nearly a five-fold increase since the mid-1990s,”

Romm wrote: “We can’t dawdle much longer if we want to avoid an ice-free planet….”

Unfortunately, this is untrue. The statement is actually false. We cannot avoid an ice-free planet now. Irreversible melt is in motion. Environmental effects will be significantly worse then all “official” projects (but not what has been posted here).

Consider that a known 50% is already lost (in just two decades). There is simply no way that this is reversible on a meaningful time scale (several human lifetimes for example).

How to get the Arctic / Antarctic cold enough, fast enough to avoid “ice free”?

A rhetorical question to which there is no answer.

Terminator Studies: Do We Really Need it? 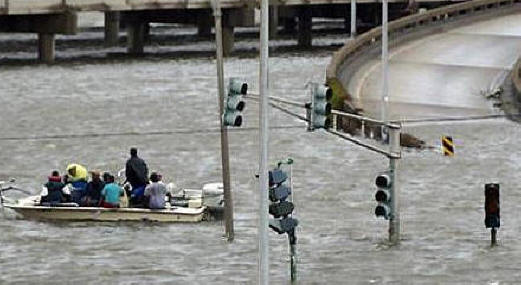 6 thoughts on “Accelerating Events In Many Parts of The World”