Right now, there is a war raging all around you. It may not be apparent, but it is there. In between the multitude of distraction and banalities that occupy the modern day, war is being waged on a multitude of fronts in a multitude of ways.

This is “total warfare”. The size and scale of this total warfare is of such magnitude that it boggles the mind and has encompassed your entire life. Breaking it down makes it easier to comprehend and understand the scale and scope of how this war is now being engaged in.

Our collective failure to identify what “war” actually is can only be blamed on us. We have plenty of examples to choose from.

First the dictionary definition of war from Merriam-Webster:

(1) : a state of usually open and declared armed hostile conflict between states or nations
(2) : a period of such armed conflict
(3) : state of war
b : the art or science of warfarec (1) obsolete : weapons and equipment for war (2) archaic : soldiers armed and equipped for war
2 – a : a state of hostility, conflict, or antagonism

b : a struggle or competition between opposing forces or for a particular end <a class war> <a war against disease>

All of these definitions apply.  Armed conflict, the art and science of warfare, soldiers equipped for war, a state of hostility and antagonism, and the struggle of opposing forces for a particular end.  Each and every one of this definitions apply to these many battles on many fronts being waged all around us.

This war can be briefly defined as ALL of the following:

There are many, many more wars that exist, each actively underway and just as deadly. The above represents only a tiny slice of the total sum of war now underway against humanity.

A vast array of legislation, weaponry, science, technology, sociology, psychology and armies of paid “soldiers” (employees) both public and private are utilized, actively engaged in battles every single day, and with the aim of advancing specific agendas, taking hostages, and creating countless victims now numbering in the millions.  It is almost entirely a one-sided war, with the victors having little to no effective opposition and taking themselves almost no casualties, yet leaving behind millions of affected, afflicted, deprived, abused or dead. The injustice of it all is truly staggering and represents some of  the greatest crimes in all of human history.

The justification of this war and the battles that rage are varied and many, all with the intention of claiming the “rightness” of the war itself and the tactics that are being utilized. Manufacturing acceptance and complicity to war is extremely common through media manipulation and distortion. Widespread ignorance and misunderstanding of what is occurring and even what war actually is, is actively encouraged.  “Defining the debate” tactics that prohibit (or even outlaw) open discourse and reveal the actual facts are ubiquitous techniques that prohibit comprehension and understanding. Controlling the media permits the manipulation and malleability of the public and the gullible acceptance that is so widespread.

The end result is total war now occurs in plain sight in front of us all, but remains largely unrecognized for being what it actually is. Even images of dead and dying do nothing to break the illusion that this is all “normal”. 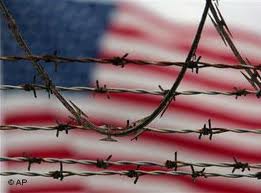 Last night, I read a long article about homeless “old women” numbering in the tens of thousands, who live on the streets.  Americans are blind to this travesty. This is war against life, health and happiness, but is being almost entirely ignored. There are thousands of similar examples.

My blog has long documented the various atrocities and crimes being committed against the people of the earth. Being American, I’ve deliberately chosen to focus primarily on an American context. This has omitted literally millions of facts and crimes occurring elsewhere in the world.  For the record, I’m well aware of this, primarily through extensive reading. But this is far from sufficient to keep me properly informed.  Suffice it to say that of the bits and parts that I do know about, it is still safe and accurate to project that this planet-wide total warfare is well underway against all of humanity.

People throughout the world have struggled to identify both the cause and effects of war. Usually this means focusing on what they know and what has or is affecting them personally. The democratic movements in South America for example, has little to do with the banning of GMO labeling in North America. The obscure relationships are not understood –  but both battles are in fact parts of the same war to manipulate humanity into total compliance and acceptance and to remove the freedom of choice.

The other problem is the failing to identify the true context, i.e. “is this really war?”  Indeed it is. Overwhelming and superior forces are very often, if not always, utilized to neutralize or silence opponents. Dissidents (journalists, protesters, bloggers, etc.) are drowned out by PsyOp operations through media that manipulate public perception and awareness.  Activist are arrested, jailed, or even killed.  Courts and litigators are completely complicit, permitting obstruction of justice, withholding and denying evidence, jury manipulation, and delay tactics, and almost always ruling in favor of monied interests. The guilty are set free and rarely punished. The rare cases that are won by victims do next to nothing to stop the continued violence and encroachment upon the peoples rights, lands, resources, or cultures.

Our evidence is the historical record — the continued and unstoppable loss of everything, virtually all over the entire world.  In other words, if we were actually “winning”, we would not be experiencing the staggering losses humanity has been forced to endure for the last 200 years.

This is war, being waged through incrementalism, incessant violations of rights, property, resource depletion and destruction of entire peoples. Wars need not be fought only with bombs and explosives and machine gun fire, but are first fought with ideas, then public acceptance and finally, with apathy.

The context of this post does not permit me to insert individual examples of any length, but they are readily found and easily understood. Simply ask as you read the news, “is this right?” What are they taking away?”

Today’s news is a good case in point:

“A lawful killing in self-defense is not an assassination,” the white paper reads. “In the Department’s view, a lethal operation conducted against a U.S. citizen whose conduct poses an imminent threat of violent attack against the United States would be a legitimate act of national self-defense that would not violate the assassination ban. Similarly,  the use of lethal force, consistent with the laws of war, against an individual who is a legitimate military target would be lawful and would not violate the assassination ban.”

Constitutional protections are of course, entirely absent. The only thing standing in the way is a “high level official” who can arbitrarily “decide” who lives and who dies, even “even if there is no intelligence indicating they are engaged in an active plot to attack the U.S.“.

There’s more of this idiocy:  “The condition that an operational  leader present an ‘imminent’ threat of violent attack against the United States does not require the United States to have clear evidence that a specific attack on U.S. persons and interests will take place in the immediate future,”

So in the absence of evidence, and in direct violation of the assassination ban (as if that ever mattered), Americans can now be killed by drones.

Bear in mind, that the government has refused to reveal any “evidence” that it has regarding its actions. We’re supposed to “trust them” with this lack of disclosure and reason. Why should we do this? What justification do we possibly have that they have can be trusted?

Who gave this government the right to arbitrarily decide who lives and who dies?  Did you?

Playing the devils advocate here, let’s turn this all around for the sake of argument and to better understand just how warped our government has become:

“The condition that an operational  leader present an ‘imminent’ threat of violent attack against the People of the United States does not require the People to have clear evidence that a specific attack on U.S. persons and interests will take place in the immediate future,”

“A lawful killing in self-defense is not an assassination,” the white paper reads. “In the People’s view, a lethal operation conducted against the U.S. Government whose conduct poses an imminent threat of violent attack against the people of the United States would be a legitimate act of national self-defense that would not violate the assassination ban. Similarly,  the use of lethal force, consistent with the laws of war, against a government agent who is a legitimate military target would be lawful and would not violate the assassination ban.”

Would such a People’s declaration be legal?  Of course not. But this is exactly what the U.S. Government has now done against Americans. Are we then free to use such an interpretation for our own protection?  Does the new “absence of evidence” interpretation also apply?

It should be noted that we do not have an “absence of evidence”, but a preponderance of evidence of a multitude of crimes and violations. The war against Americans, individual rights, liberty, property, State’s rights, indigenous people, the environment, even the food you eat is well documented by the tens of thousands of violations. And yet, nobody is ever punished. What’s wrong with this picture?  Have we abdicated our responsibility?

Much has been written about Obama’s drone wars, and much has been revealed on how fast this is coming to America. It is no stretch of imagination or flight of fancy at all to realize that war on American soil is already here and will soon commence with drone strikes. They are laying the foundation to call this “legal” so that fence-sitting Americans will go along with the murder of their fellow Americans.

It’s going to happen folks. They’ve declared war against YOU.

But let’s be perfectly clear:

This is a war that they declared against us.  We’ve got nothing to do with it.  They’ve reached too far and stolen for themselves far too much power over who lives and who dies, over life and death, health and freedom. You’re simply in the way now and any of you who dare object to any of it.  They’ve ripped off the thin veil of restraints and have now declared themselves to be God, lording over life and death through the guise of government “authority” which was never, ever granted to them.

It is critical that Americans finally realize what is happening to America.

3 thoughts on “A State of War – Major Combat Operations Underway”