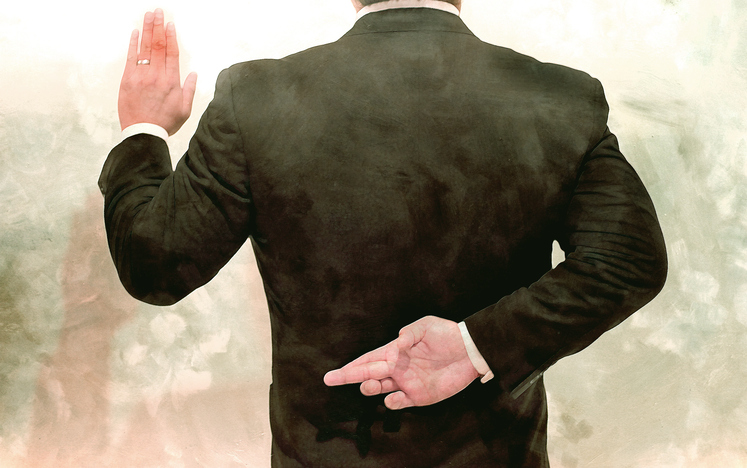 Carbon scams abound – all done under the approving eye and legislation of government. It’s pointless to argue that they don’t know what they are doing, of course they do. The point is they don’t care about what they’re doing. The goal isn’t to punish or prohibit business or industrial activity, the goal is to promote it. Since climate change and going “green” is the the latest empty promises being made by government officials, they found a way to promote business involved in the carbon trading scheme and everybody involved wins.

You don’t win, and you don’t receive any benefits from these frauds and never will. Neither will the environment. Polluting continues as before while millions and then billions of dollars change hands, enriching everyone involved.

The situation is hopeless. Incompetent and even corrupt politicians catering to big business and backroom deals conspiring to perpetuate insane levels of emissions indefinitely while publicly lying about it all. Almost nobody cares and probably never will.

16 September 2021 (WMO)  – COVID-19 did not slow the relentless advance of climate change. There is no sign that we are growing back greener, as carbon dioxide emissions are rapidly recovering after a temporary blip due to the economic slowdown and are nowhere close to reduction targets. Greenhouse gas concentrations in the atmosphere continue at record levels, committing the planet to dangerous future warming, according to a new multi-agency United in Science 2021 report.

Rising global temperatures are fuelling devastating extreme weather throughout the world, with spiralling impacts on economies and societies. Billions of work hours have been lost through heat alone. The average global temperature for the past five years was among the highest on record. There is an increasing likelihood that temperatures will temporarily breach the threshold of 1.5° Celsius above the pre-industrial era, in the next five years, the report said.

This is of course, even more dishonesty from science, which will grudgingly and privately admit that we’re actually already past 1.5° C from the correct 1750 pre-industrial, so there is NO chance whatsoever of holding temperatures below 1.5° C. This is the “official narrative” that is totally dishonest and deceptive.

The “five years” claim is also absolutely absurd. We’ve probably got five more years of comfortable survival left as the world then reach 2° C, at which point the biological thermal maximum (death) occurs for a growing range of plants and animals worldwide.

If politicians and science would actually team up (and tell the truth), we’d be receiving a totally different narrative then the one being told. It would much more closely resemble that actual truth.

Eventually, they’ll have to admit it, just they’ve had to admit most of their other misrepresentations and mistakes, but it will be too late by then and they won’t be held accountable. The world desperately needs full disclosure right now, not when they can’t hide the true temperatures any longer or the rising death toll from excessive heat. But this will buy them five more years to act like they’re “trying” when the reality is they’re not. You can make a lot of money in five years if your industry is positioned correctly.

If I can keep this blog going for five more years, you’ll see that I was right. They’ll update their claims, their stories and their reports, as the real world careens from one disaster after another.

One thought on “A Different Narrative”